This Sad Booth Is A Metaphor For CES This Year 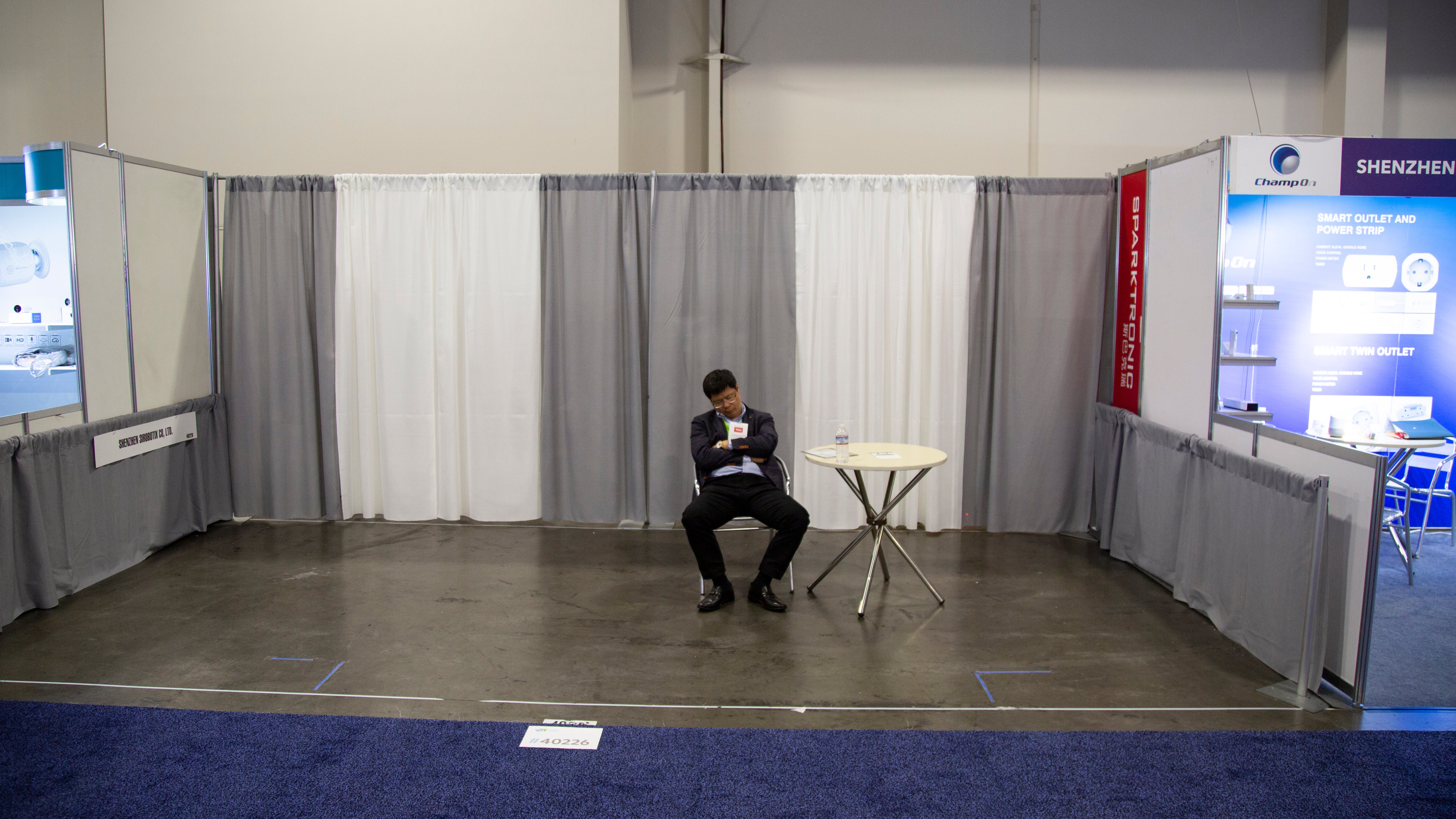 The Consumer Electronics Show is typically an assault on your senses. There are flashing lights, blaring speakers, bizarre stunts, and this year, a yacht. Well, the Shenzhen 3iRobotics Co, LTD booth and a random guy snoozing while sitting upright in crappy chair offered us a perfect metaphor for CES 2019. It was sad, sleepy, and even a little bleak at times.

Now, I don’t know what Shenzhen 3iRobotics does or why this guy decided to take a nap in its booth. I don’t know if he works for the company and didn’t get the chance to ask because he was sound asleep. Frankly, it made me a little jealous, because I had been running around for a solid week, looking at other companies with booths that were adorned with shimmering fabric or inexplicably featured a Lamborghini. And for whatever reason, not many of these companies actually had interesting gadgets to show off at the annual Las Vegas tech fest. It was, as I heard many people say, an off year for CES.

Take the TV announcements, for instance. Basically, all that major companies like Samsung, Sony, and LG had to say was that the concepts they showed off last year were going to be on sale this year. There was a little talk about some cool new technology, but we didn’t really see anything we hadn’t seen before. Beyond that, there were a couple of cool concepts, like this transforming soundbar, and some cool new products like these indestructible pantyhose. But that guy fighting jet lag in a drab empty booth by the back wall of the Sands Expo Center, he encapsulates the true spirit of CES 2019: boredom.

Here’s to you, dude. Hope that nap felt as good as it looked. Hope somebody stopped by your booth to buy some robots, if indeed you do work for Shenzen 3iRobotics and the company does make robots. If not, maybe we’ll learn more about Shenzhen 3iRobotics next year. Maybe we’ll learn something at CES 2020.