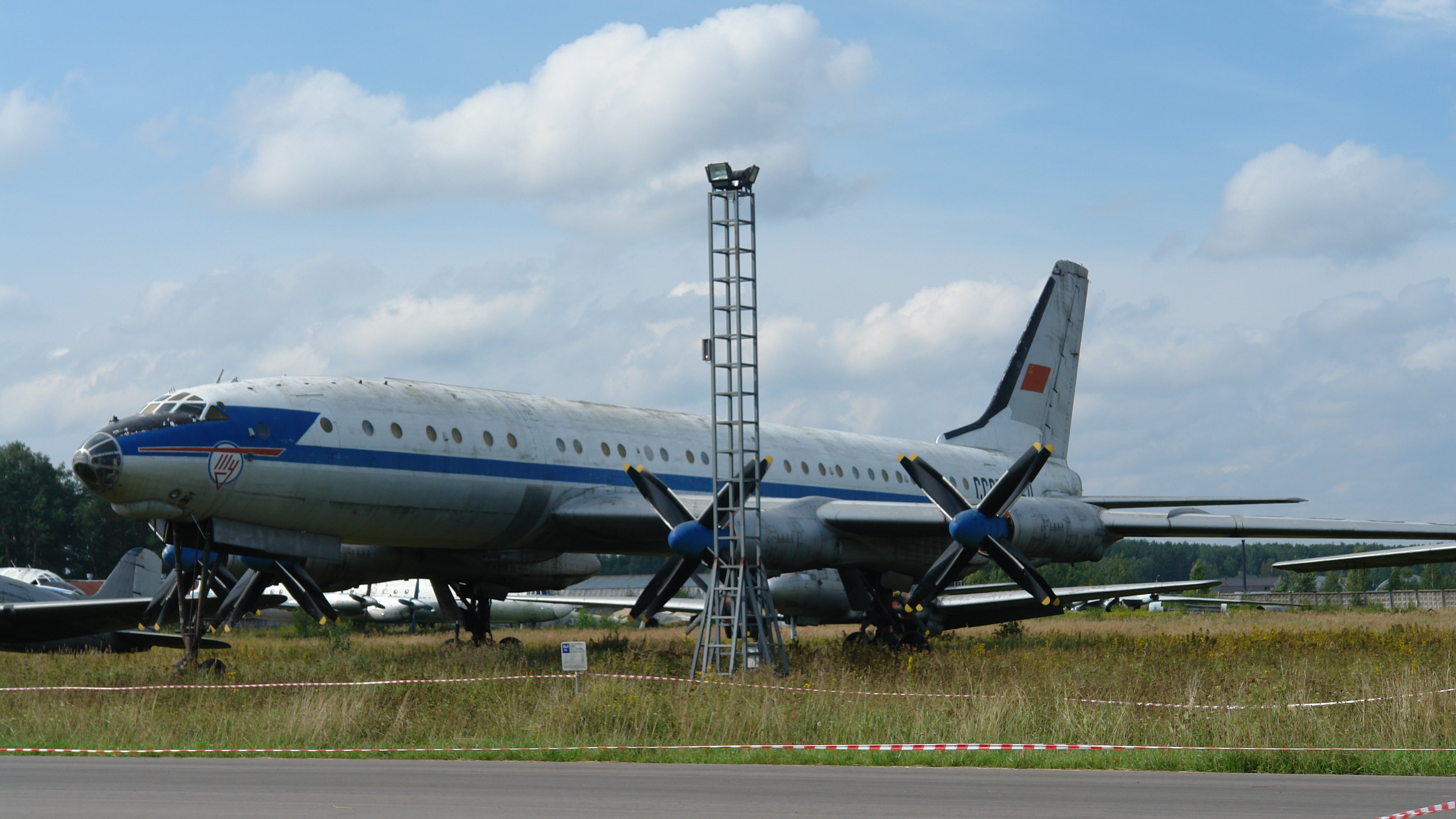 It’s the 1950s, and you’re the Soviet Union. Your deepest rivals, the Americans and their corporations, are all preparing the latest and greatest jet airliners to fly them all over the world. And you’ve got… pretty much nothing. But you do have a huge bomber ready to deliver the apocalypse.

The Tupolev Tu-95 was just that bomber, ready to fly from Arctic bases in the Soviet Union to drop a huge nuke or 10 on all the big and shiny American cities we all love. With its eight contra-rotating propeller blades approaching the speed of sound, it was so loud it could make your bones rattle. But more importantly, it existed. And it had the range. So the Soviets decided to adapt it into an airliner to rival planes like the Boeing 707, as you’ll learn in this extremely cromulent video from Mustard:

Of course, “rival” is relative. The Tupolev Tu-114, as it became known, had some pretty significant drawbacks. Even though it’s one of the fastest propeller-powered planes of all time, it still wasn’t a jet. Plus, those noisy engines weren’t exactly quieted for civilian use, with decibel levels roughly equivalent to a car horn blaring in your face for hours on end.

But hey, at least it was reliable.