Deadly Bird Battles May Be Another Weird Consequence Of Climate Change 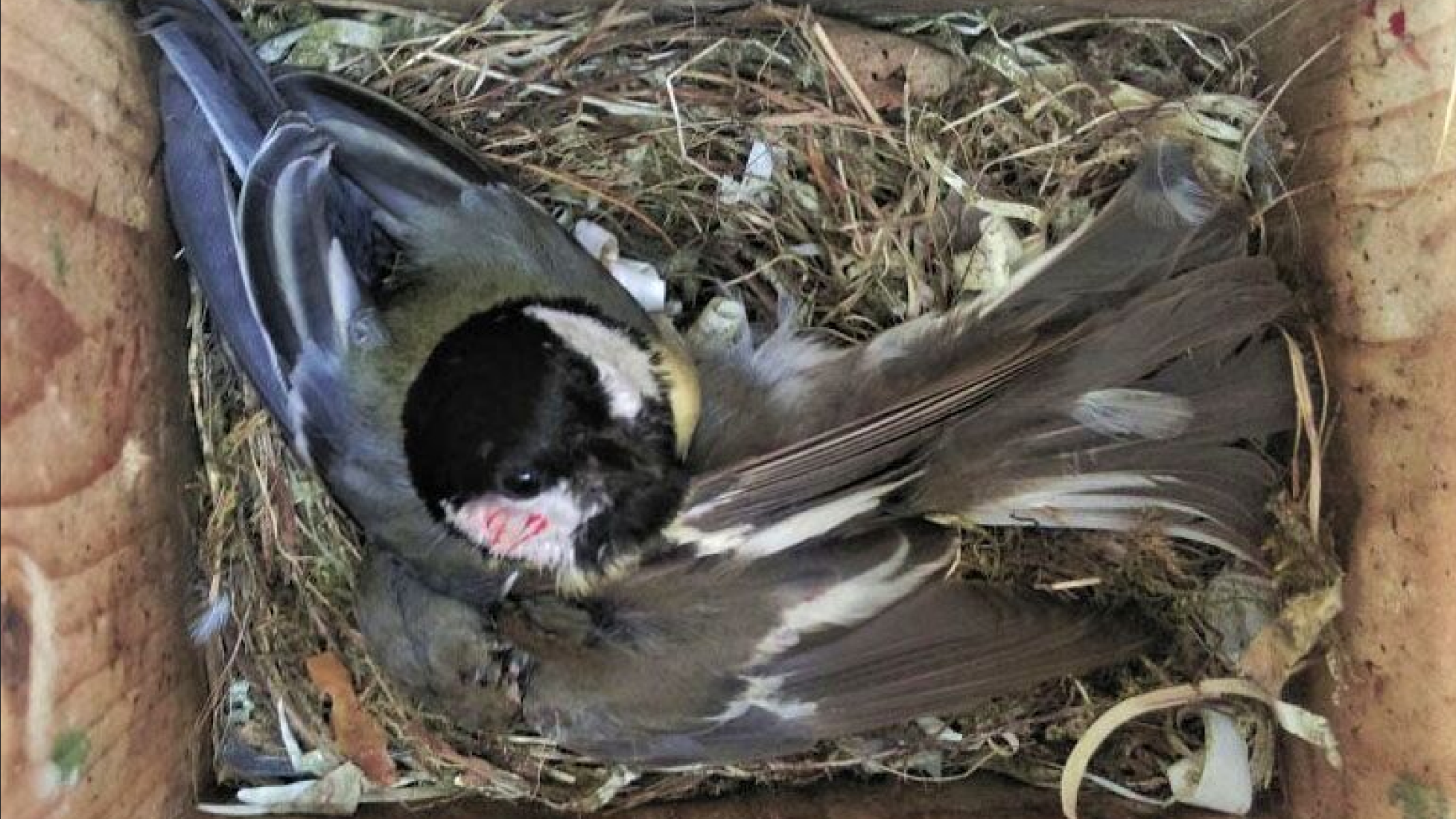 Climate change seems to be leading to more fatal conflict between a pair of bird species, according to a new study. The research demonstrates an important indirect consequence of a warming globe.

A pair of scientists conducted the study by monitoring 950 nest boxes across ten plots in the National Park Dwingelderveld in the Netherlands over the course of ten years. They focused on two birds that breed in Europe: the great tit, which looks like a big chickadee wearing a yellow coat, and the pied flycatcher, a smaller bird with a white belly and black (male) or brownish (female) back. Great tits generally don’t migrate, but pied flycatchers spend their winters in Western Africa. The scientists noticed that some years, they’d find more dead flycatchers in the tit’s nest boxes than in others.

Anyway, the scientists studied how many dead pied flycatchers ended up in tit nest boxes for a decade, also recording when the pied flycatchers arrived and when both species began laying eggs.

Certain factors seem to influence the amount of conflict. Great tits react strongly to the temperature, and will breed later in colder years and earlier in warmer years. They also breed more in warmer years, leading to a higher density of tits. Pied flycatchers, meanwhile, have gotten used to migrating earlier and earlier as the climate warms, regardless of the temperature in Europe, which they’d have no way of knowing. That leads to two potential drivers of climate-induced conflict. On cold years, flycatchers looking for a nest box might stumble into the homes of nesting tits. In warm years, there are more tits around, and therefore more potential for conflict.

The researchers stated clearly that these effects haven’t led to any changes in pied flycatcher populations, yet. “We think that’s because most of the deaths that occur were in inexperienced, late-arriving males,” the paper’s first author Jelmer Samplonius, now a researcher at the University of Edinburgh, told Earther. There are an excess of male pied flycatchers, and if they don’t breed, then their deaths wouldn’t lead to a change in the overall population size, he explained. Additionally, the research was only done at one site, on one pair of species, so its hard to say how generalizable it is to other species combinations or locations.

Still, it makes you wonder how climate might affect other pairs that compete for cavities to nest in, like migratory tree swallows and the United States’ invasive house sparrows.

Other experts were impressed with the research. “I think they have a really impressive data set over ten years that shows very close correlations,” Kendra Sewell, an assistant professor of biology at Virginia Tech told Earther. She explained that we need these sorts of longer-term studies to completely understand what some of climate change’s potential consequences are. She pointed out that experiments like these can be challenging, especially because they involve trying to pick causes out of correlations, but that this paper does the best job it can.

Birds are already impacted by climate change in ways other too, explained Chad Wilsey, Audubon’s vice president of conservation science. The National Audubon Society underwent a study of the effects of climate change on birds in 2014, and found that half of the 500 species they studied had some level of sensitivity to the changing climate. This led to the organisation focusing on climate change as a major threat to birds, and they continue to run their Climate Watch, a community science survey monitoring the three American bluebird species and four American nuthatch species.

Who knows what other unknown consequences of climate change scientists will dig up.