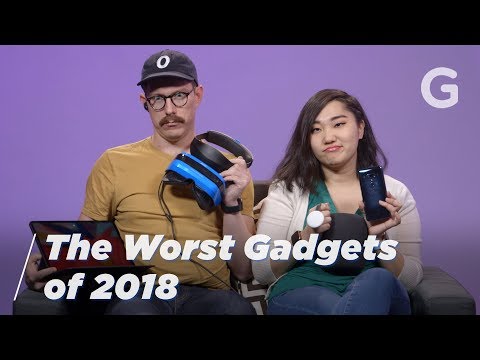 we loved this year

Best known as the company responsible for making $US20,000 ($28,132) Hollywood-grade cameras, Red’s first smartphone is ambitious, striking, and it should have never been released. The Hydrogen One is more of a tech demo than something you’d want to buy. A prototype at best. For $US1,300 ($1,829), the Hydrogen One sports a year-old Snapdragon 835 chipset, an outdated version of Android, non-existent mods, and camera quality that puts Red’s reputation to shame. And while its 4View screen is kind of neat (unless you’ve used a Nintendo 3DS recently), it doesn’t come anywhere close to delivering the mind-blowing holographic experience the company’s hyped-up PR promised. There’s a kernel of something interesting here, it’s just years (and maybe a few alternate realities) away from being anything worthwhile. 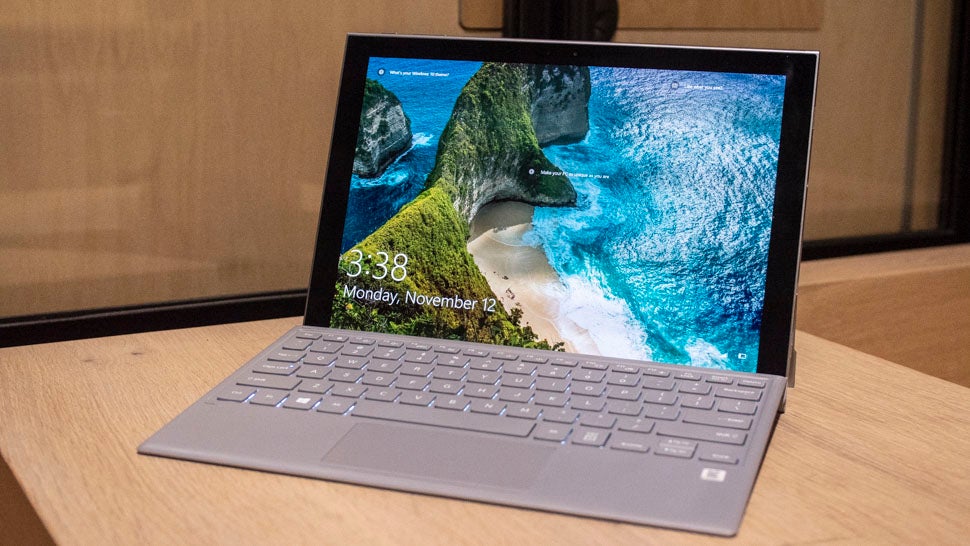 We’ve been very excited ever since Microsoft first announced it was working to make Windows 10 on Qualcomm’s Snapdragon mobile chips. The potential for battery life improvements and always-on connectivity via an integrated cellular modem could be a game-changer for many users. Unfortunately, while devices like the Samsung Galaxy Book 2 deliver some impressive battery life, they’re hamstrung by middling performance, and in this case, in particular, a price tag that’s way too high for the performance it delivers. Sure, you get a stylus and a beautiful touch display—but if the computer is going to choke on a handful of Chrome tabs, the whole value proposition needs to be rethought. 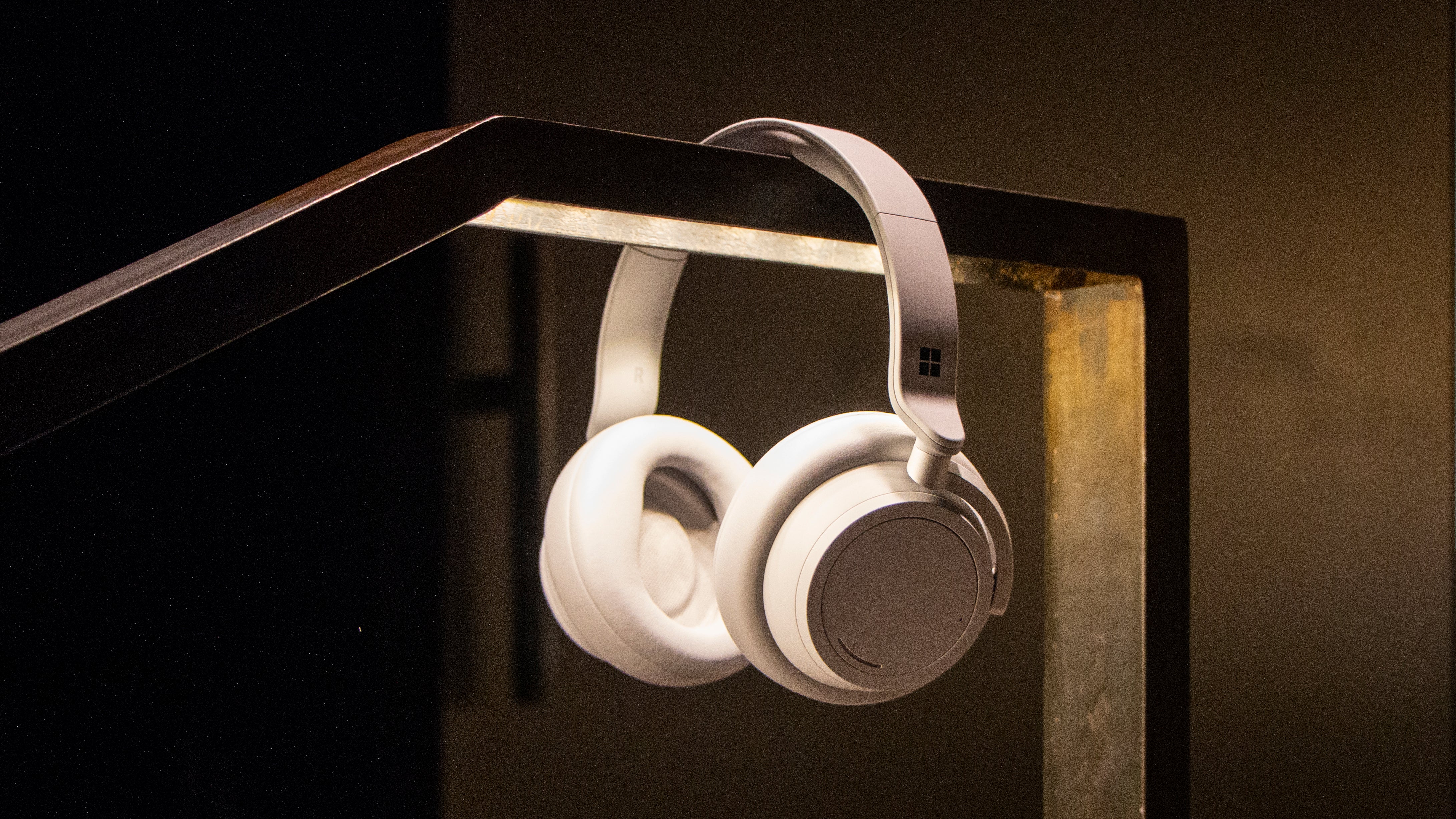 Microsoft’s Surface Headphones aren’t bad headphones, per se. But they fail to be the effortless always-on Cortana device that they’re designed to be. To win the ability to access Cortana by simply saying its name, you’ll have to install an app and funnel all your services through Microsoft’s voice assistant. Then, you’ll have to deal with slightly uncomfortable earcups, muddy sound, and subpar noise-cancelling. So maybe they are sort of bad headphones after all. Chromecast was a revolutionary gadget when it came out in 2013. You could send what’s on your phone or computer display to a TV. Cool trick! Now, five years later, the Chromecast still basically does just that, despite plenty of people hoping that Google would use the technology to make a super compact Android TV dongle that could turn any TV into a smart TV. It’s not so much that the new Chromecast sucks. It just sucks that it doesn’t do more. 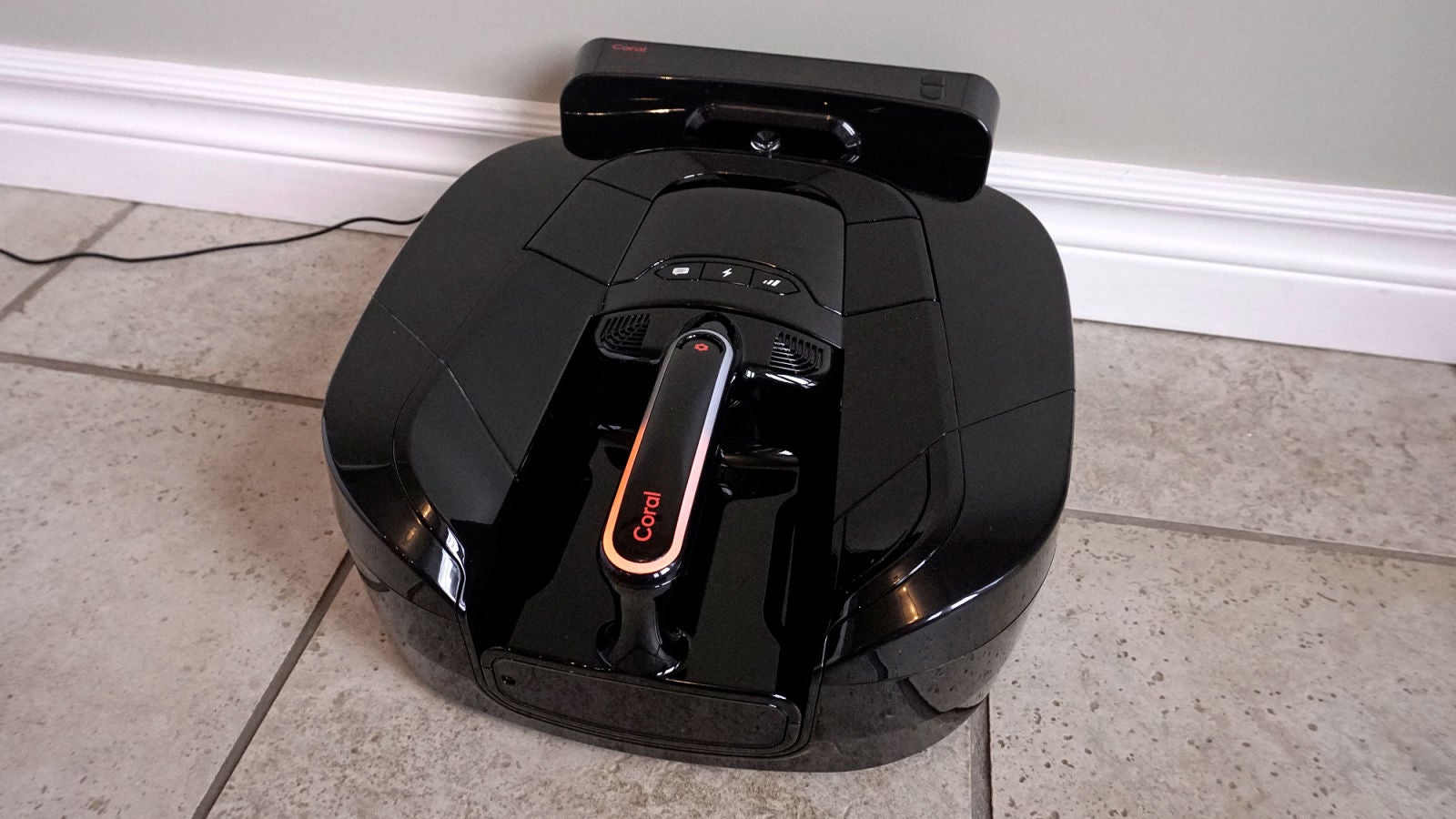 Over the years robot vacuums have gotten much better at cleaning and autonomously navigating your home, but that’s about all the innovation we’ve seen. The Coral One introduced a genuinely clever idea: a robovac that easily transformed into a hand vac for cleaning all the spots a tiny rolling robot can’t reach. Unfortunately, when using the included attachments in hand-held mode, the vacuum didn’t have much cleaning power. And in robot mode, the Coral One had a hard time navigating a room without forcefully crashing into furniture and other obstacles. The HomePod is gorgeous. The HomePod has surprisingly robust audio. The HomePod is not great. It costs twice as much as the Sonos One which is just as good, and it features Siri, a smart assistant that is not quite ready to control your home. So the HomePod? It is bad. 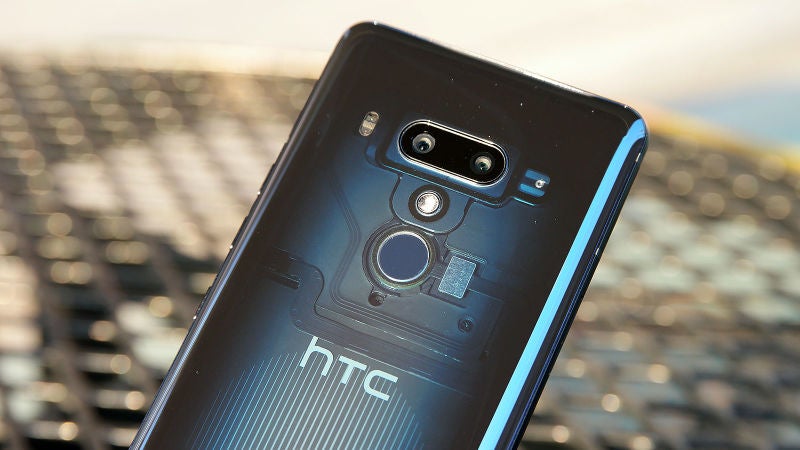 HTC is responsible for some of the most important phones in smartphones history. The HTC Dream (or T-Mobile G1 as it was called in the U.S.) was the first phone to run Android. The HTC Evo 3D was one of the first phones with dual cameras, years before the trend became popular. And the HTC One M7 was the best phone of its generation, paving the way for countless aluminium clad handsets in the years to come.

But 2018’s HTC U12+ was a massive disappointment. Its battery life is anemic, its bezels are needlessly large, and its use of touch-sensitive buttons instead of physical ones is one of the most frustrating and baffling design choices on a smartphone this year. Also, at $US800 ($1,125), it felt overpriced, which is sad, because all these things overshadowed neat features like U12+’s transparent glass back and underrated cameras. But what might be the saddest thing about all this is that with company’s finances currently in shambles, the U12+ might be one of the last flagships HTC ever makes. 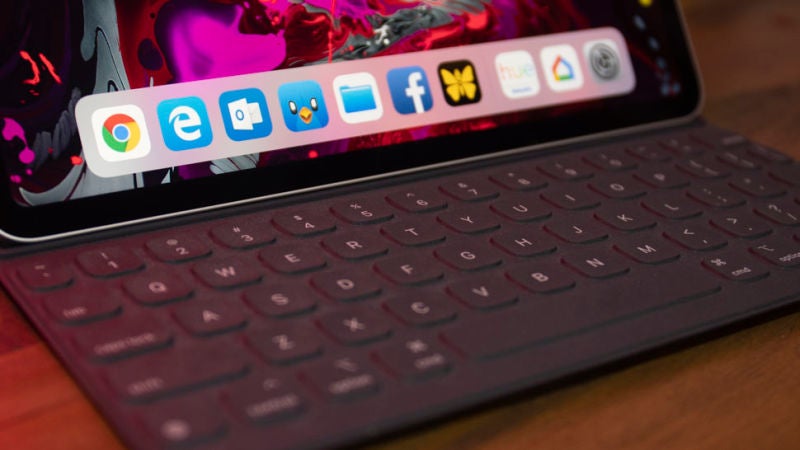 It’s 2018 and computer makers still think we want a crummy flimsy keyboard cover with our tablet computers! This shouldn’t be the case. The tablet has the potential to be the successor to the laptop as we know it, but terrible keyboard cases from Apple and Google, and the acceptable, but still not lap-friendly cases from Microsoft, have me begging for some industrial designer to fix this problem. 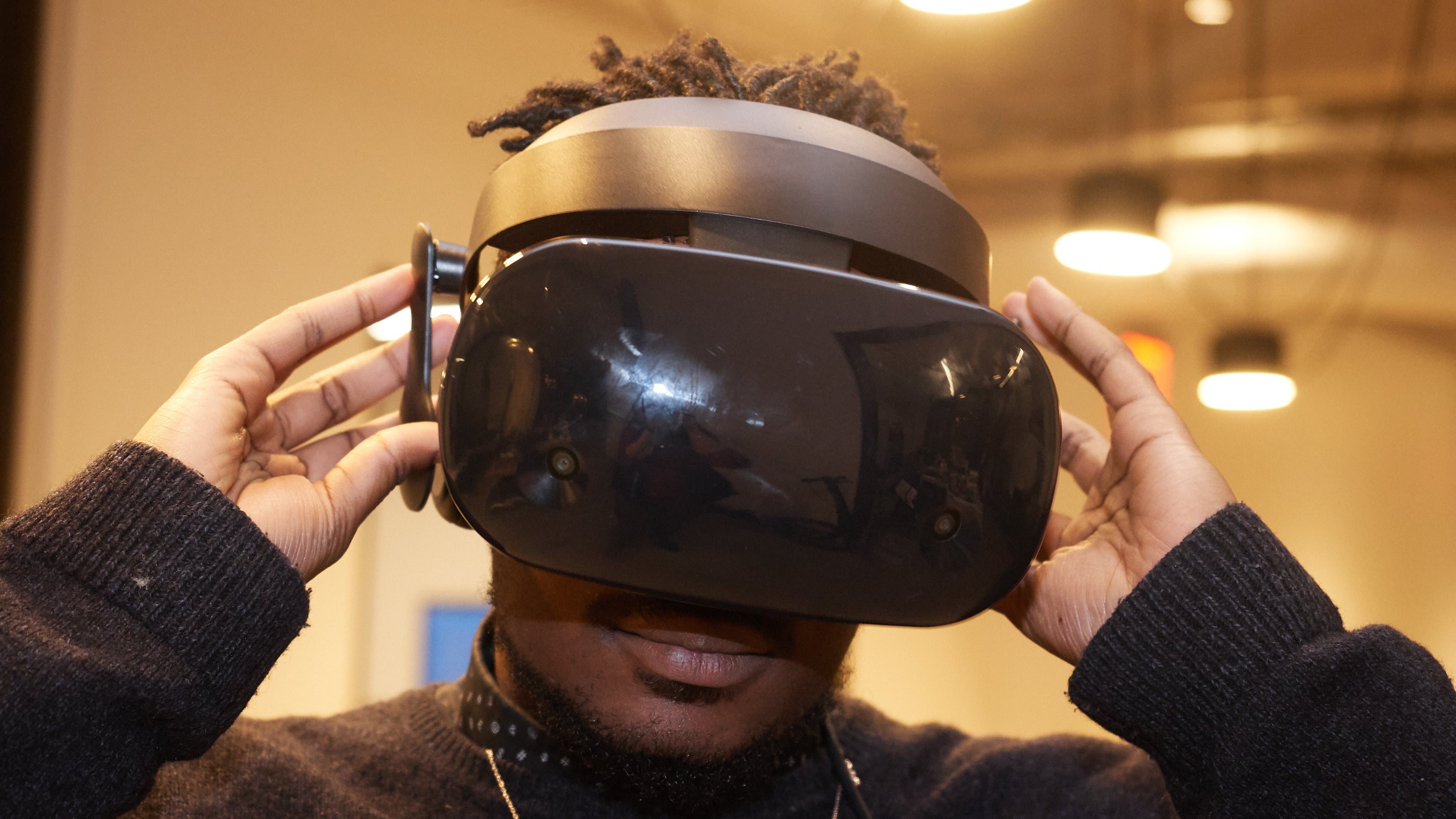 Maybe this was supposed to be the year of VR. We saw a lot of headsets finally launch, including slick looking ones from Google, Oculus, and Magic Leap. But they’ve all failed to do one thing: inspire us to wear them regularly. The HMD still lacks a killer application and the visual quality of what is available is not great. This is one trend that’s not taking off anytime soon 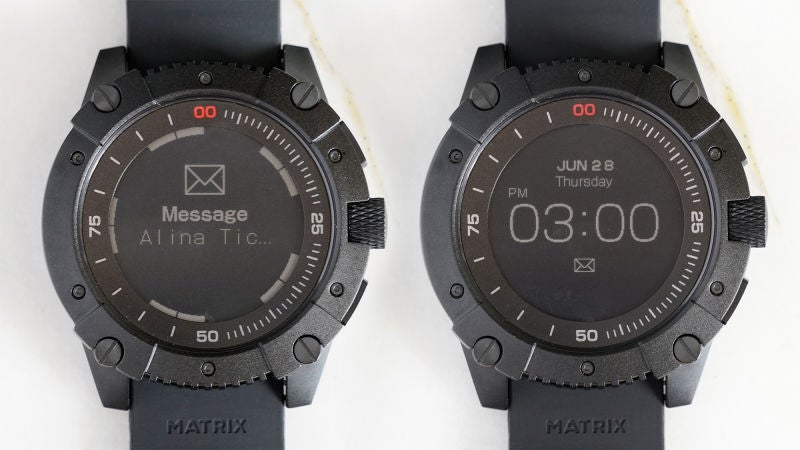 The original Matrix PowerWatch sounded like a concept straight out of science fiction: a digital watch that powered itself by absorbing the wearer’s body heat. But it was real, and worked well, even if the watch only had basic timekeeping and fitness tracking functionality. That’s why we were excited when the PowerWatch X was introduced, promising similar features as our battery-sucking smartwatches, without the inconvenience of charging. But the PowerWatch X’s incredibly limited notification capabilities left us feeling frustrated, and wondering why anyone would pay an extra $US80 ($113) for the upgrade.

When first introduced it was an exciting new era in gaming, but in hindsight, the original Xbox is best known for its behemoth controllers that stretched hands and fingers to the max. Nostalgia can be a great marketing tool, however, and Hyperkin’s Duke is a near-perfect clone of the Xbox’s gamepads, with a few upgrades to make it compatible with modern games. It also features an LCD screen smack dab in the middle, which felt under-utilised as nothing more than a way to show a fancy animated ‘X’ instead of providing extra game info. 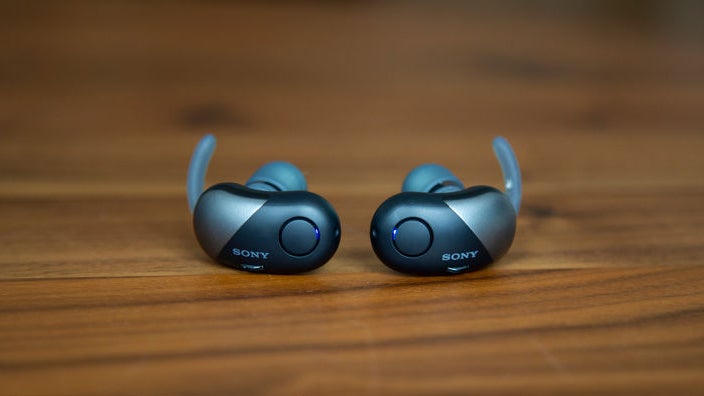 Truly wireless earbuds often struggle to offer decent battery life without being bulky, and unfortunately, Sony’s sports-focused buds fail terribly at this. Not only do they have a pitiful three hours of battery, but they’re also oddly oblong and hard to hang on your ears. The earbuds are otherwise pretty great, but because they don’t fit or stay charged very long, you’ll end up disappointed.