Just Get Them A Battery Pack 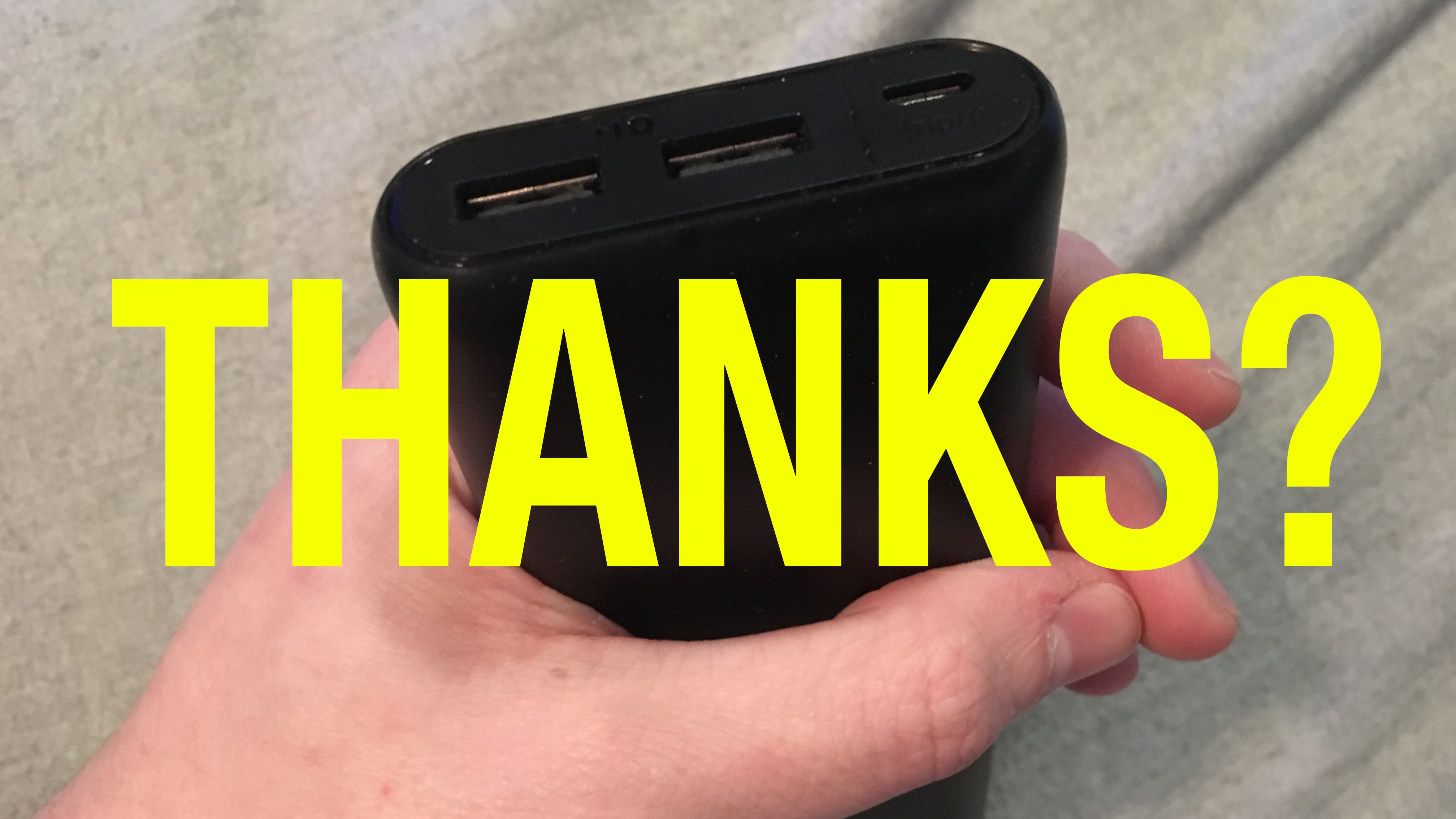 There are many gadgets that can be bought for friends and loved ones during the holidays. Some are useful, or thoughtful. Some would have seemed miraculous a decade or two ago. But just get them a battery pack.

“Oh … thanks,” they’ll say, unwrapping an uninspiring brick of lithium, plastic, and maybe manganese, “neat.” In their eyes, you can see the hope of a different, similarly-sized present, like Google Home Mini or a couple pair of socks, crumble into a confused acceptance. Had they mentioned wanting one of these in the past 12 months?

Had they said anything at all, ever, about batteries? Do not expect a warm reception. Just get them a battery pack. Even after Christmas, it’s still the most practical gift around.

A new drone may have the “gee wow” factor. But it will crash. Or worse, remain intact but unused, its novelty appeal fading at the precise moment the packaging went out with the rest of the recycling. Devices – loved and unloved – run on electricity, and people are forgetful. So just get them a battery pack.

They come in dozens of sizes and capacities, made by hundreds of unremarkable manufacturers. I can’t recommend any in particular, because they’re basically the same. There is a zero per cent chance they will spy on you, leak your financial information, sell your genome to advertisers or most importantly, will ever be sold out.

Wrap it in $100 bills and you will still come out looking like an inconsiderate, penny-pinching gift giver.

Wait a couple of months for the story of how this stupid and ugly, unremarkable gift was useful to your giftee, whose phone had died and was stuck on the side of the highway/in a blackout/on the landing strip/in rural Thailand. They may not, and probably won’t even say thank you. But know that you were right to give them a battery pack.