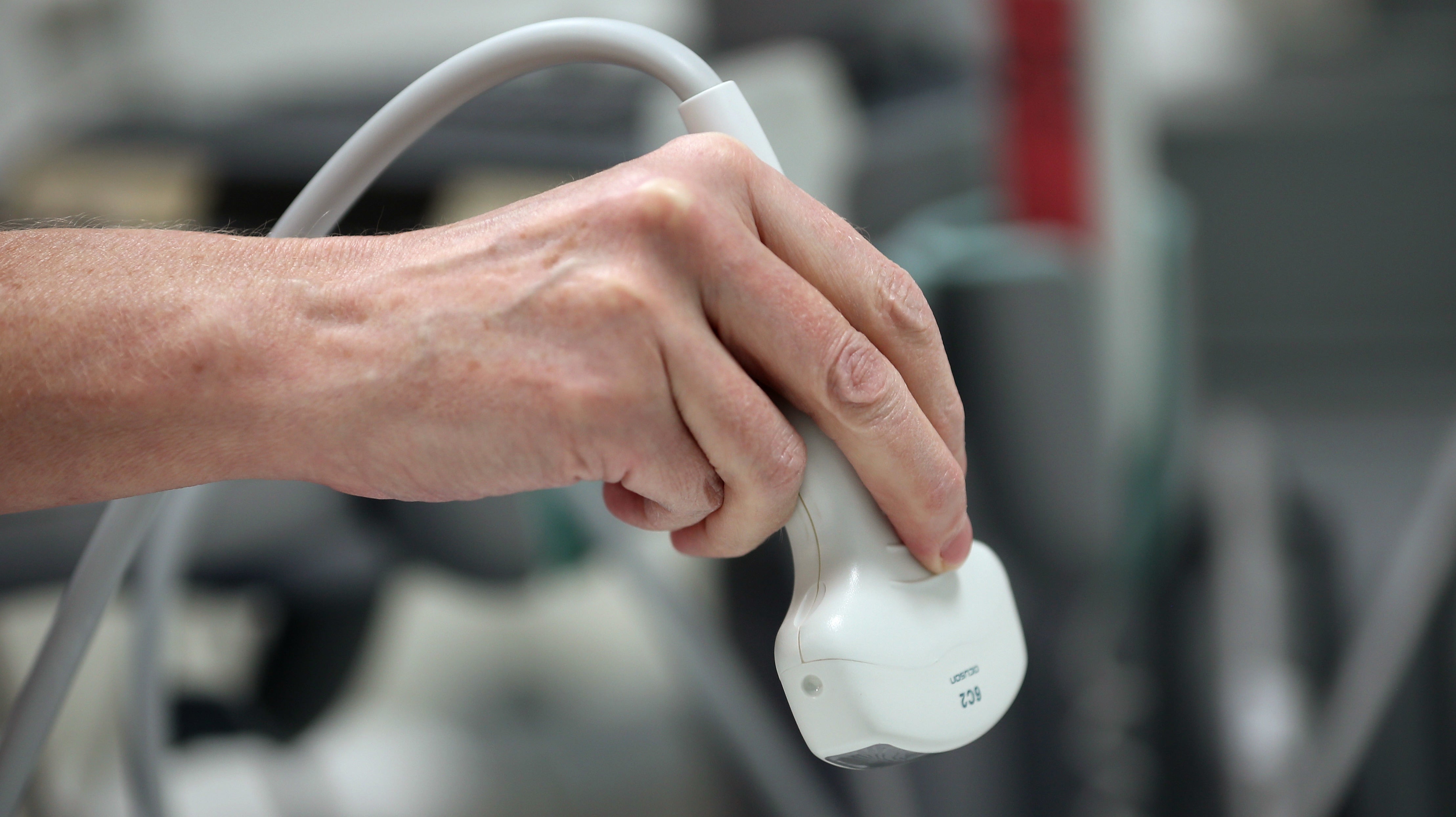 A team of doctors in Brazil have announced a medical first that could someday help countless women unable to have children because of a damaged or absent uterus. In a case report published Tuesday in the Lancet, they claim to have successfully helped a woman give birth using a transplanted uterus from a deceased donor.

According to the report, the team performed the operation on an unnamed 32-year-old woman in a Brazilian hospital in September 2016. The woman had been born with a rare genetic condition that left her without a uterus, known as Mayer-Rokitansky-Küster-Hauser syndrome, but she was otherwise healthy. The donor was a 45-year-old woman who had suddenly died of stroke; she had had three successful pregnancies delivered vaginally in the past. 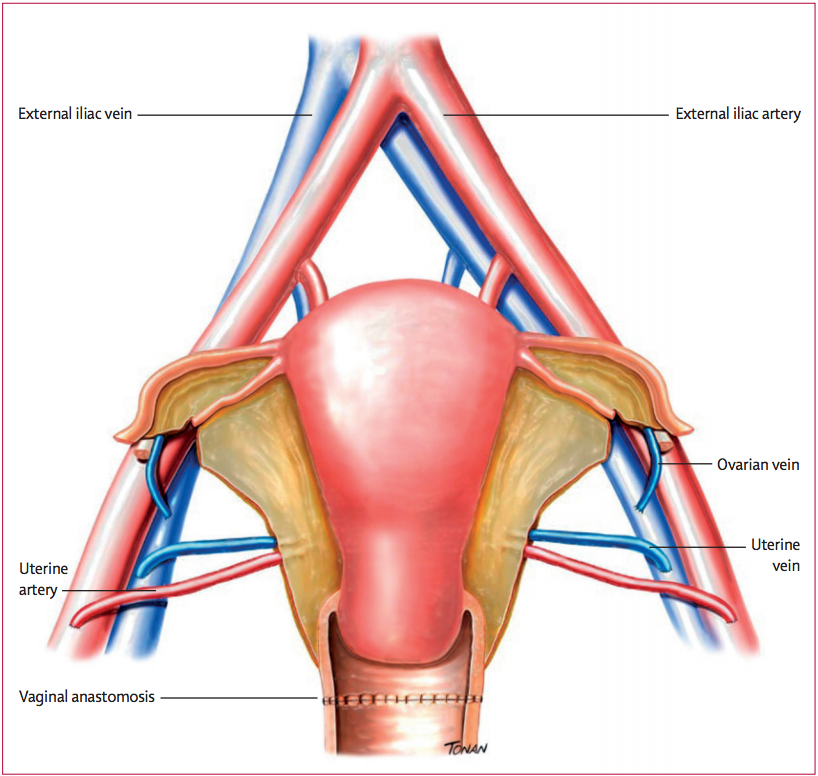 An illustration of how the uterine transplant was performed. (Illustration: Ejzenberg, et al., The Lancet)

Four months prior to the transplant, the recipient woman had received in-vitro fertilization, which yielded eight viable embryos that were frozen. Following the 10-hour-long surgery, which connected the uterus and part of the donor’s vagina to the recipient’s vagina and circulatory system, the woman then took a regimen of immunosuppressant drugs that kept her body from rejecting the donor uterus. Seven months later, she had an embryo successfully implanted. And 35-and-a-half weeks after that, she gave birth to a seemingly healthy baby girl, delivered via cesarean section with no complications.

Since 2013, there have been at least 10 reported live pregnancies from women with transplanted uteruses. But according to the authors, they are the first to have accomplished it with a uterus from a deceased donor (there was a documented attempt in 2011, but the pregnancy ended in miscarriage). The feat is something that could make the procedure a much more appealing and realistic way for some women to conceive.

“The first uterus transplants from live donors were a medical milestone, creating the possibility of childbirth for many infertile women with access to suitable donors and the needed medical facilities. However, the need for a live donor is a major limitation as donors are rare, typically being willing and eligible family members or close friends,” lead author Dani Ejzenberg, a gynecologist at Hospital das Clínicas, University of São Paulo School of Medicine, said in a statement. “The numbers of people willing and committed to donate organs upon their own deaths are far larger than those of live donors, offering a much wider potential donor population.”

Aside from relying on a deceased donor for their uterine transplant, the doctors might have also made the procedure less costly and dangerous. Previously, with live donors, doctors have waited at least a year following the transplant to begin trying for a pregnancy. But the authors believed they could safely shorten the time to six months.

In the end, they held off an additional month after tests suggested the lining of the donor uterus wasn’t quite thick enough to support implantation. But making the transition period even five months shorter means the recipient will need that much less medical care and powerful immunosuppressant drugs for their uterus to stay healthy. And unlike most organ transplants, a donated uterus can be safely removed after a successful pregnancy, allowing the woman to cease taking anti-rejection medication.

The authors say their version of the procedure isn’t meant to replace the possibility of using a living donor, but rather to give women with uterine problems another option. And there are still a lot of questions on how to better refine the procedure. During the transplantation, there was a period of blood loss that was ultimately managed but might be avoidable in the future, by changing how the organ is initially reconnected to the woman’s circulatory system, according to the study. And it’s possible that patients won’t need as many immunosuppressants as they currently receive to stave off organ rejection.

There’s no shortage of women and couples who might want to take advantage of the procedure as it becomes easier and safer to perform. According to research cited by the authors, 10 to 15 per cent of couples who could theoretically have and want children are infertile in some way, with one in 500 women in this population being infertile due to the lack of a uterus. Genetic conditions such as Mayer-Rokitansky-Küster-Hauser syndrome can cause this, but more often, it’s because women undergo an unexpected hysterectomy to prevent cancer or treat painful disorders like endometriosis.

As for the Brazilian woman and her child, a representative for Ejzenberg told Gizmodo via email that both appear to be perfectly healthy. The child will in fact celebrate her first birthday in about two weeks. The team is now authorised to carry out the procedure in two more women.