I Am A Mustang Woman Now

When I look in the mirror now, it gives me pause. I stop. I lean in closer. Is this me? Yes, it is. But, a new fact is now indisputable, as unbelievable as I once though it to be. I never imagined this would happen, but it did—after driving a mere two Ford Mustangs, I am a Mustang Woman now. Damn it. 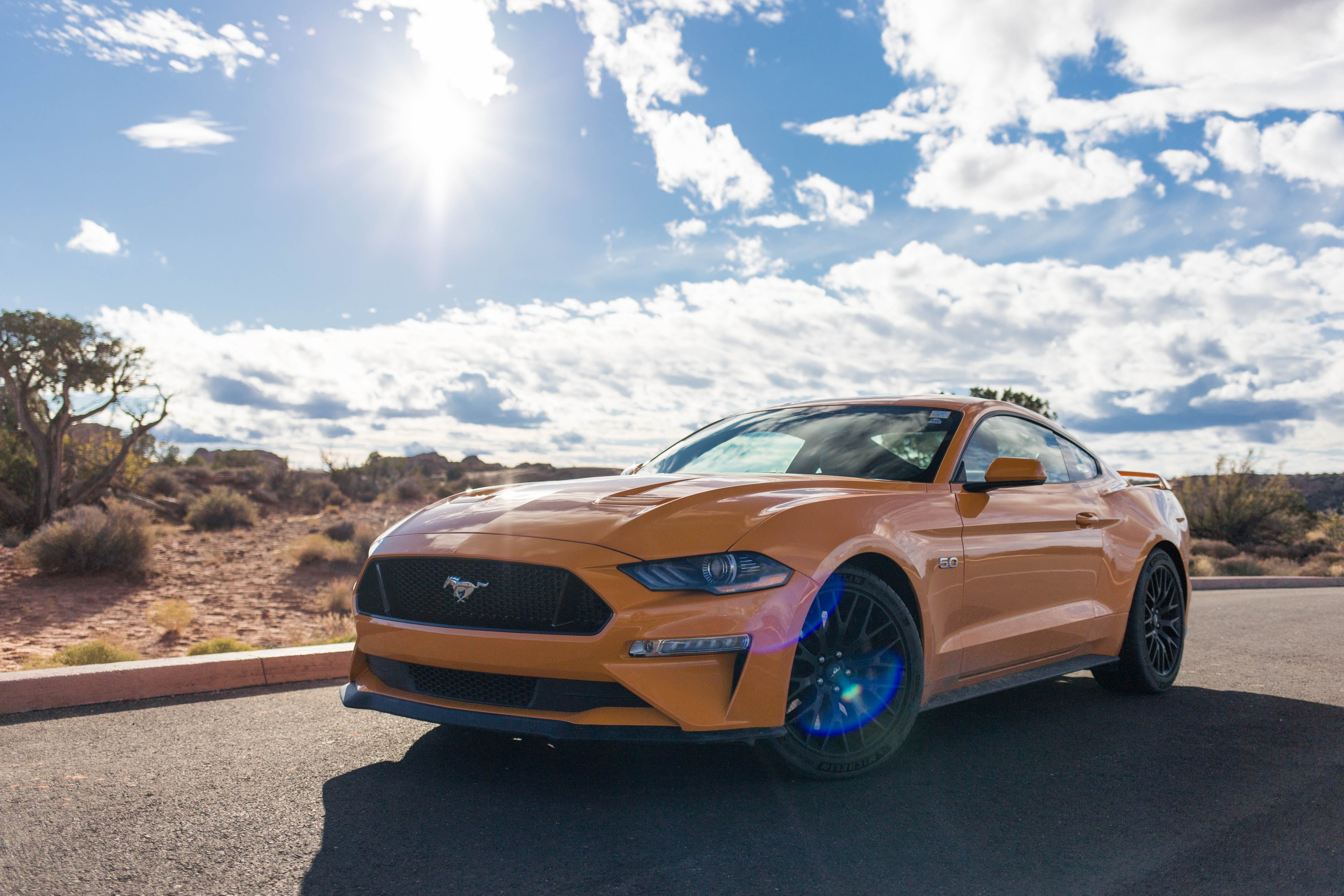 Up until that point, I hadn’t driven a Mustang before. They were just an abstract and hilarious idea to me—one that usually brought to mind images of bros peeling out and slamming into curbs at Cars & Coffee events. I heartily joined in on the laughing at them.

Mustangs, as I understood it, were the bane of calm and peaceful gatherings. Their drivers would show up in a herd and spend the entire time revving their engines, loudly blathering on about the supposed superiority of natural aspiration and large displacement, flexing biceps between sips of Monster Energy drinks. The boys who drove Mustangs in my high school wore wife beater shirts and snapback hats without a whiff of irony.

I, a self-identified Classy Woman, refused to acknowledge any commonality with them.

But being responsible for two Mustangs over two separate weeks has warped that mistaken way of thinking. I’d always privately found the Mustang to be an attractive vehicle, but much like a Zac Efron star-crush, this is not something you bring up in polite company. Driving the Mustang, I quickly found, was to be given a wide berth by both people and other cars. Was it because of the Ford’s reputation? Perhaps. Was it because of its violently orange coat of paint? Definitely. Regardless, I liked the space. The Mustang’s big snout, sticking out ahead of its very own headlights, nosed its way into traffic and parted the crowd with a sense of authority that I definitely don’t command in day-to-day life.

I felt cool in this silly car. I was seated low and the walls of the car are high, making it feel very much like operating a moving bunker. Could I see anything around me? No. But I didn’t much care about what was around me, either.

I liked the way it sounded and delighted in how loud it is. Yes, there’s a “quiet mode” you can use to avoid disturbing the neighbours when you start it up in the morning, but using this makes the car no more tacit than slapping a handkerchief over the jaws of a bellowing lioness.

Shamelessly, each morning, I’d climb into the Mustang, press my foot on the brake and tap the Start button. The engine would awaken from its slumber with a bark of a beast and I’d smile, my newfound morning ritual complete. Where would the Mustang take me that day? It was up to me, but even after I parked it, I’d always be able to keep track of it because of its lurid paint. 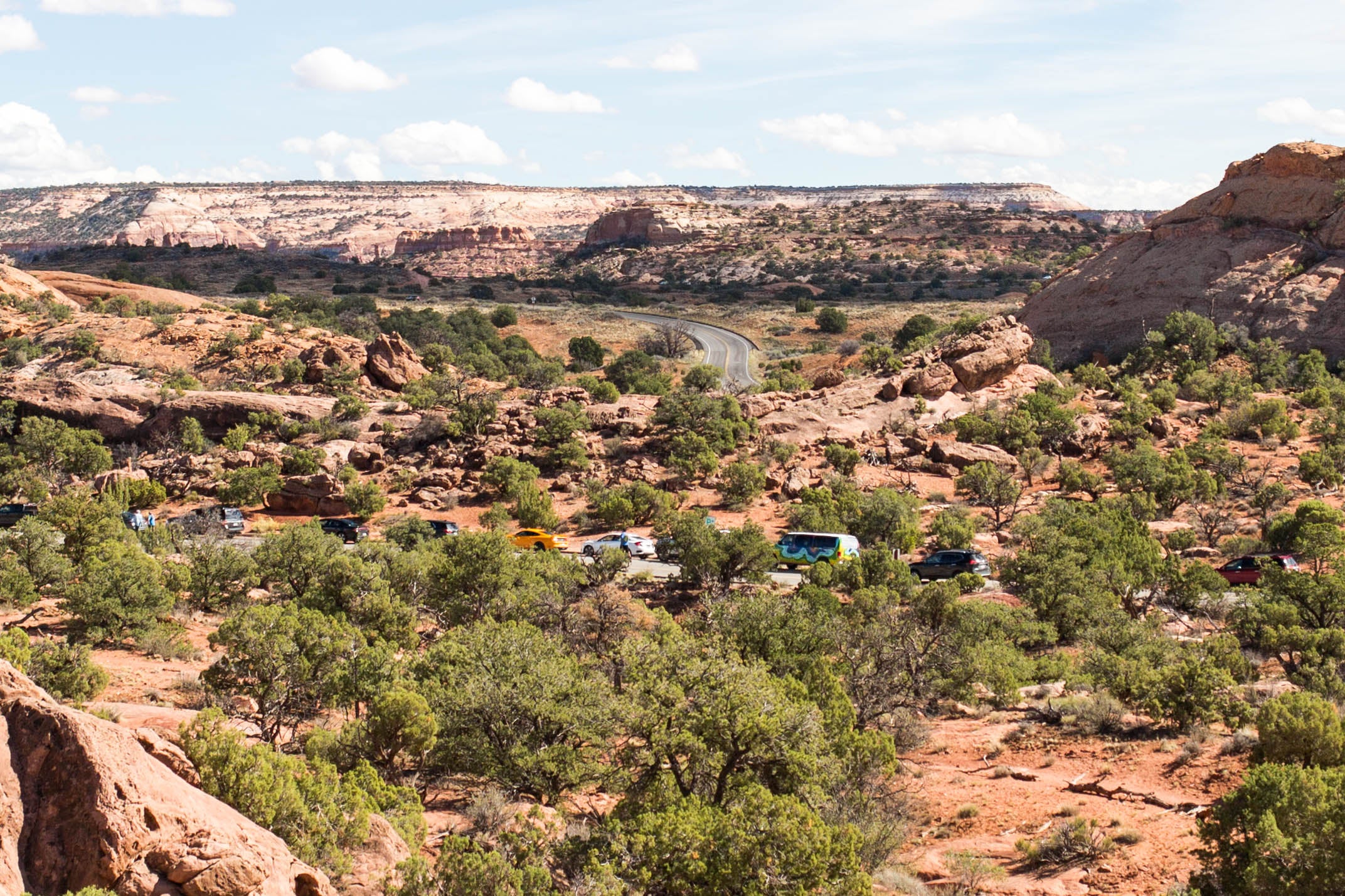 Can you spot my large adult orange son?

I have long suspected that easy and readily-available power makes an arse out of everyone, and I was right. Merging onto highways and passing slower cars became a great game of noise and acceleration. I will neither confirm nor deny that I was acting like the worse version of a Mustang driver, poking the 5.0-litre, naturally aspirated V8 with my right foot until its snarls reached a deafening crescendo.

The 80-mph highway speed limits in Utah were a blessing. The 10-speed transmission on those long and lonely stretches of highway set the engine thrumming along at 2,000 rpm while the cruise control was set to 80. But when there were people to pass, they were passed with gusto.

I drove the orange Mustang around for nearly 1,931km over a seven-day period and came to another startling realisation: This was a car I could live with. Absolutely so. It has more than adequate storage space in the trunk and back row, it isn’t terribly expensive for what it is ($US46,670 as tested) and it’s one of the last cars you can buy with a naturally aspirated engine and a manual transmission. Even the 10-speed auto would be just fine, despite it being a little slow on the downshifts. I don’t need the 87-way heated and cooled seats with the left-buttock massager that come in the six-figure luxury cars. I don’t need the carbon fibre interior trim or the extensive Alcantara upholstery. And I especially don’t need the concert hall-grade sound system that can accurately recreate the sound of a cricket’s heartbeat in a rainstorm for you while you drive. I was happy with the hard plastics, the manually adjusted seats and the cloth trim. Simple is good.

What is it to be a Mustang Woman? Is it our mission to eradicate the murderous reputation that the Mustang has unfairly gained at the hands of Mustang Idiots? Could be. To defend or turn a blind eye the next time an idiot wrecks their car? Definitely not, I’m still going to call the stupidity out when I see it. But the car isn’t to blame.

As a newly minted Mustang Woman, I believe that Mustangs are inherently good even if they may be largely owned by attention-seeking fools. Just the other day, I witnessed a lovely, cherry-red Mustang hurl itself down a narrow city street, its four cylinders screaming at the hands of a reckless dolt. It broke me. This is the reputation that I now must bear.

There are good Mustang owners out there. I am sure of it. Maybe, just maybe, we can gradually turn this reputation around. 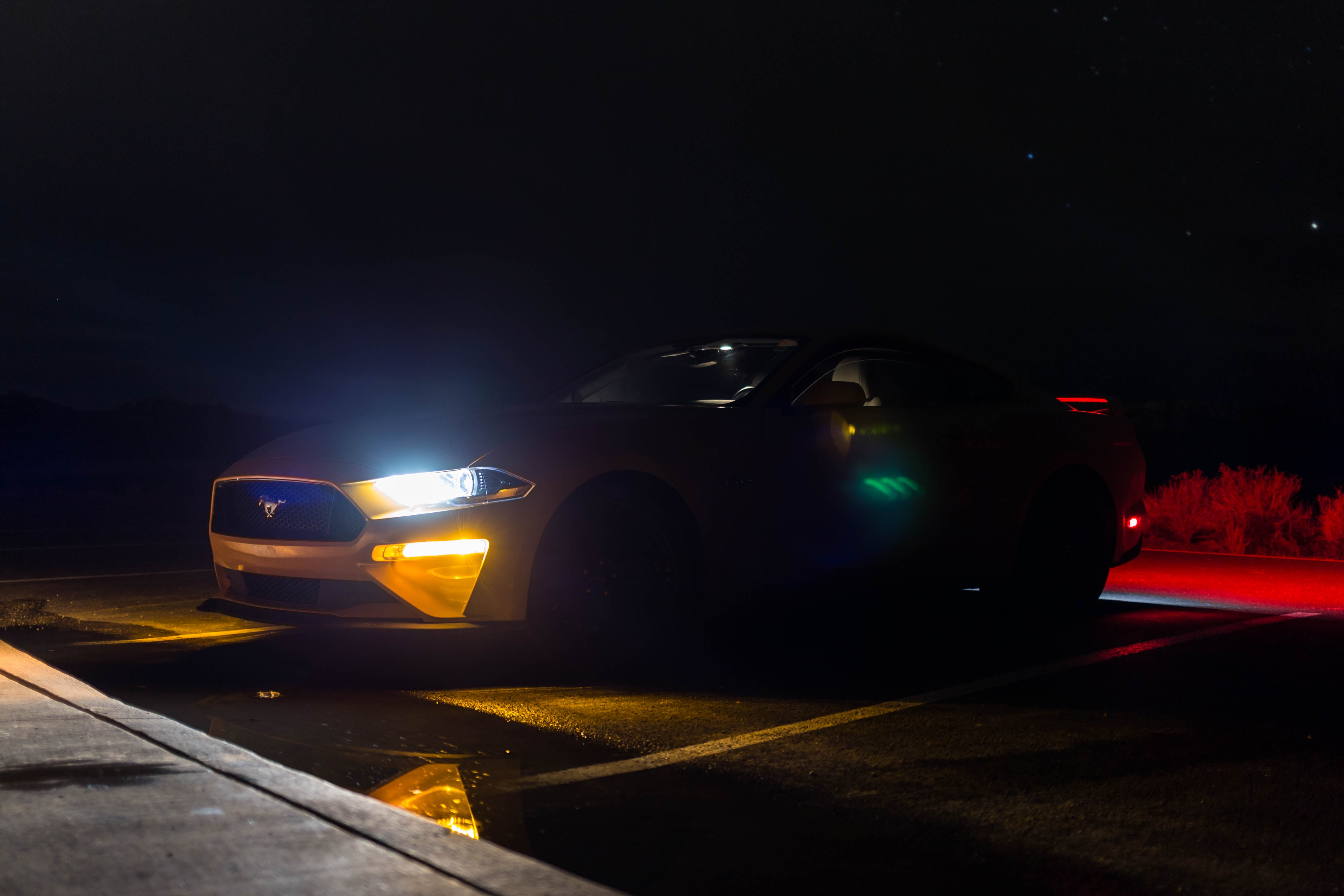 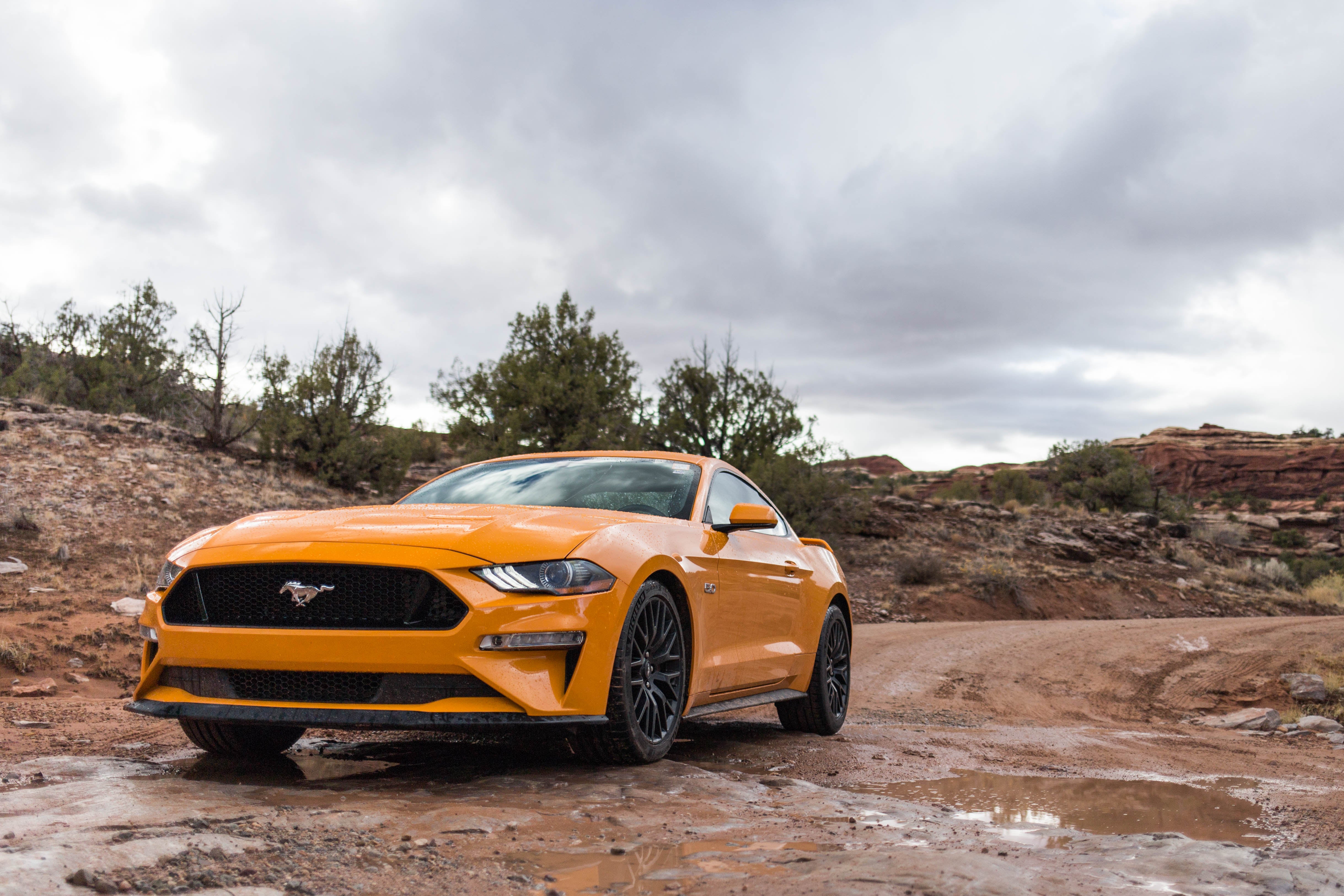 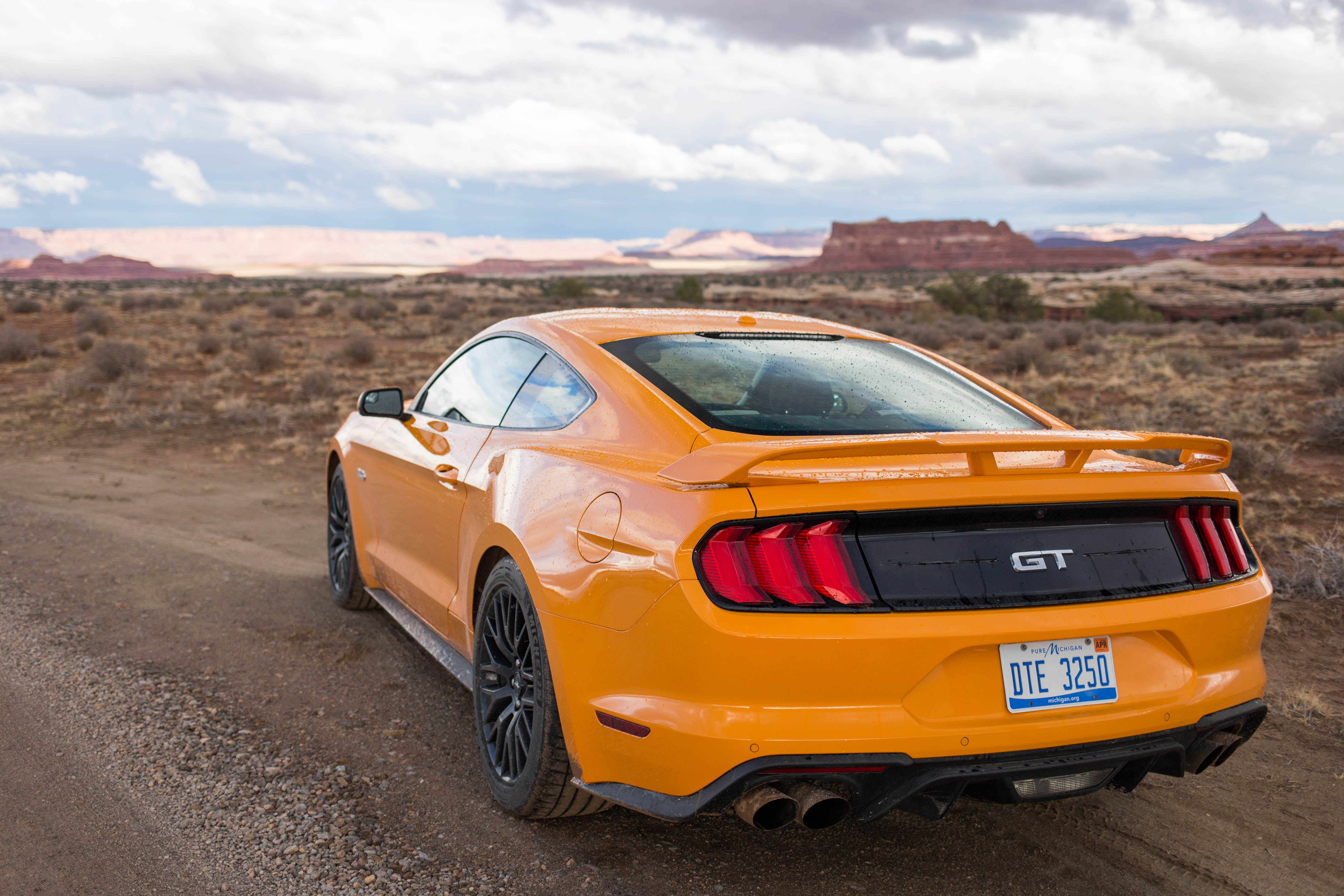 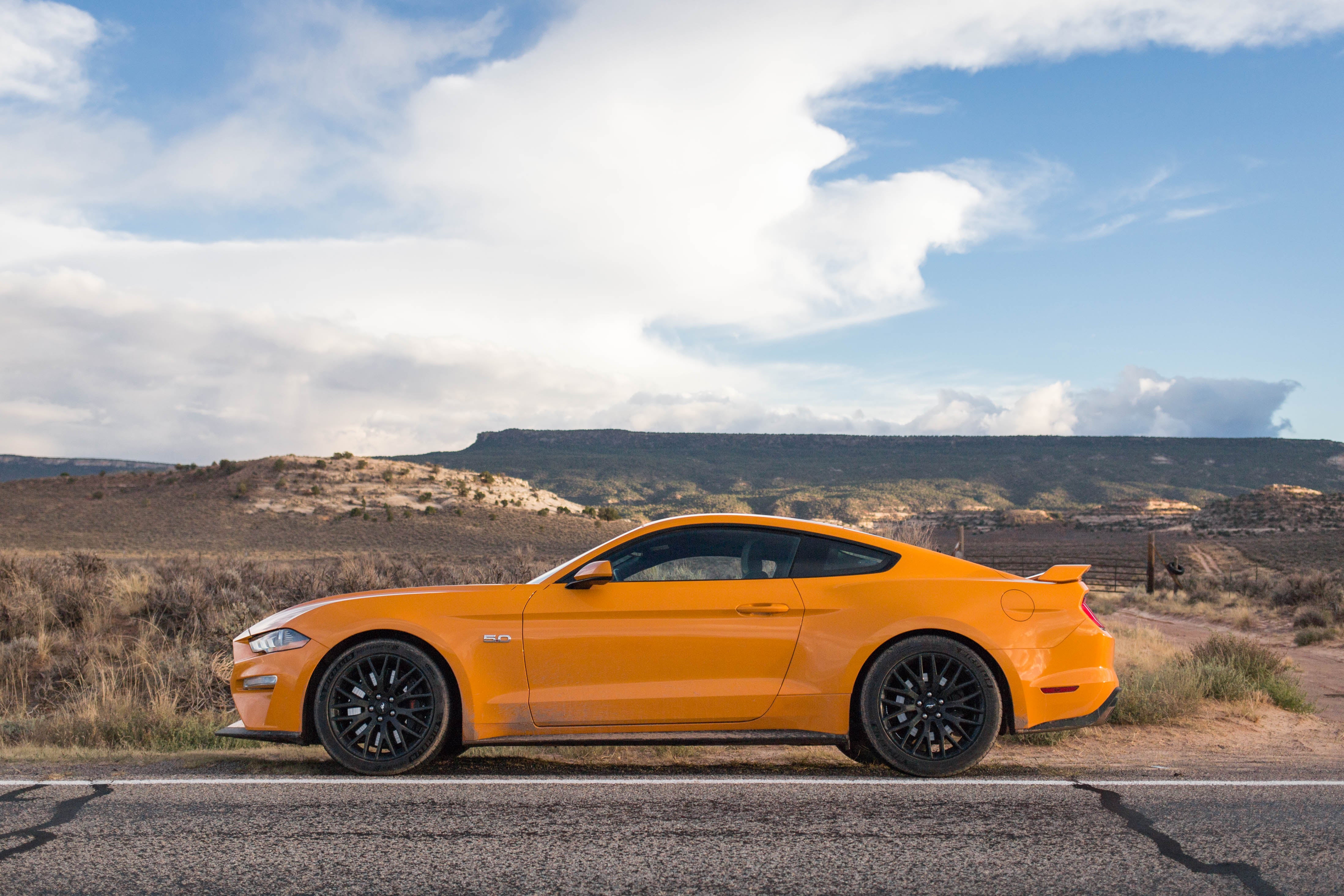 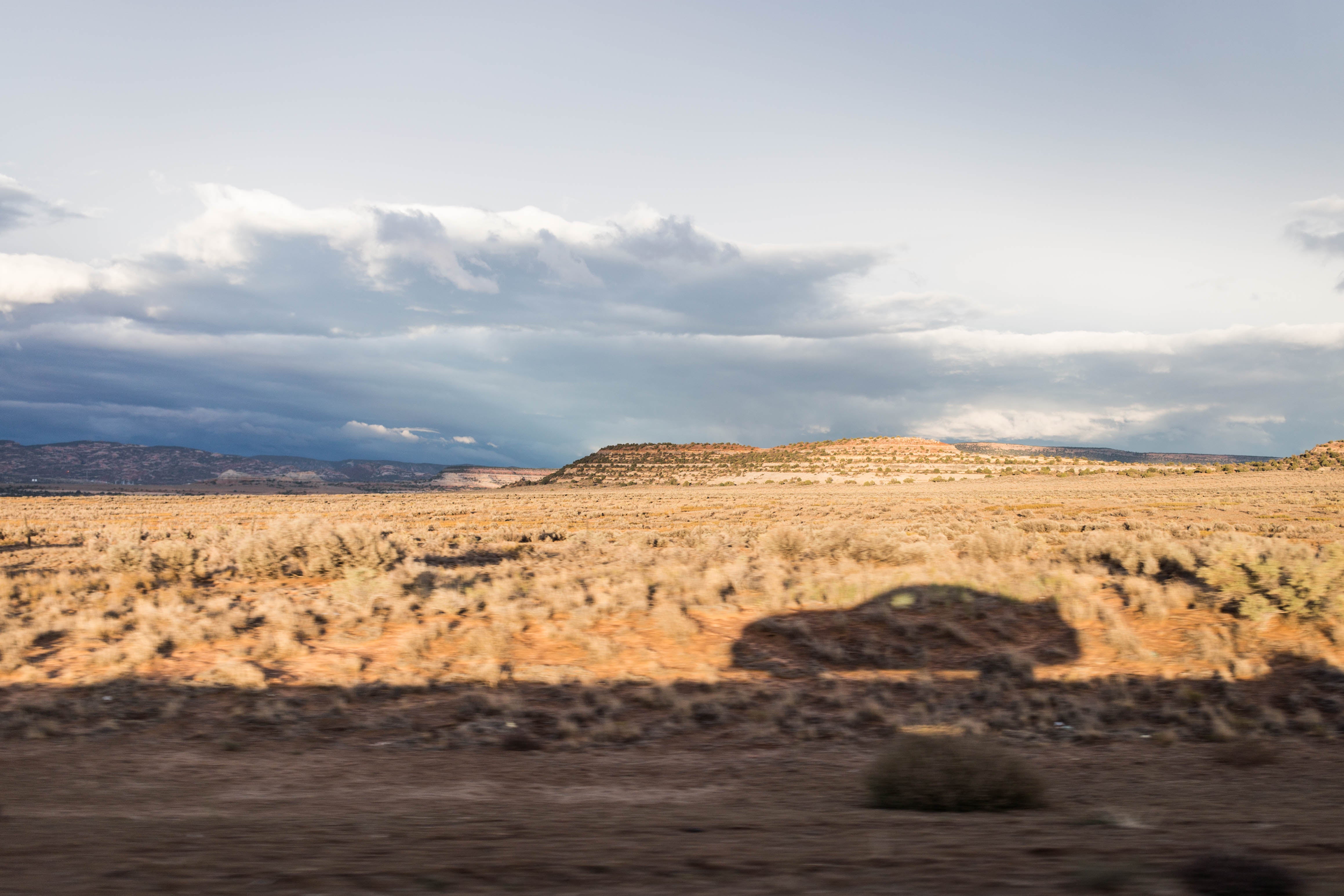 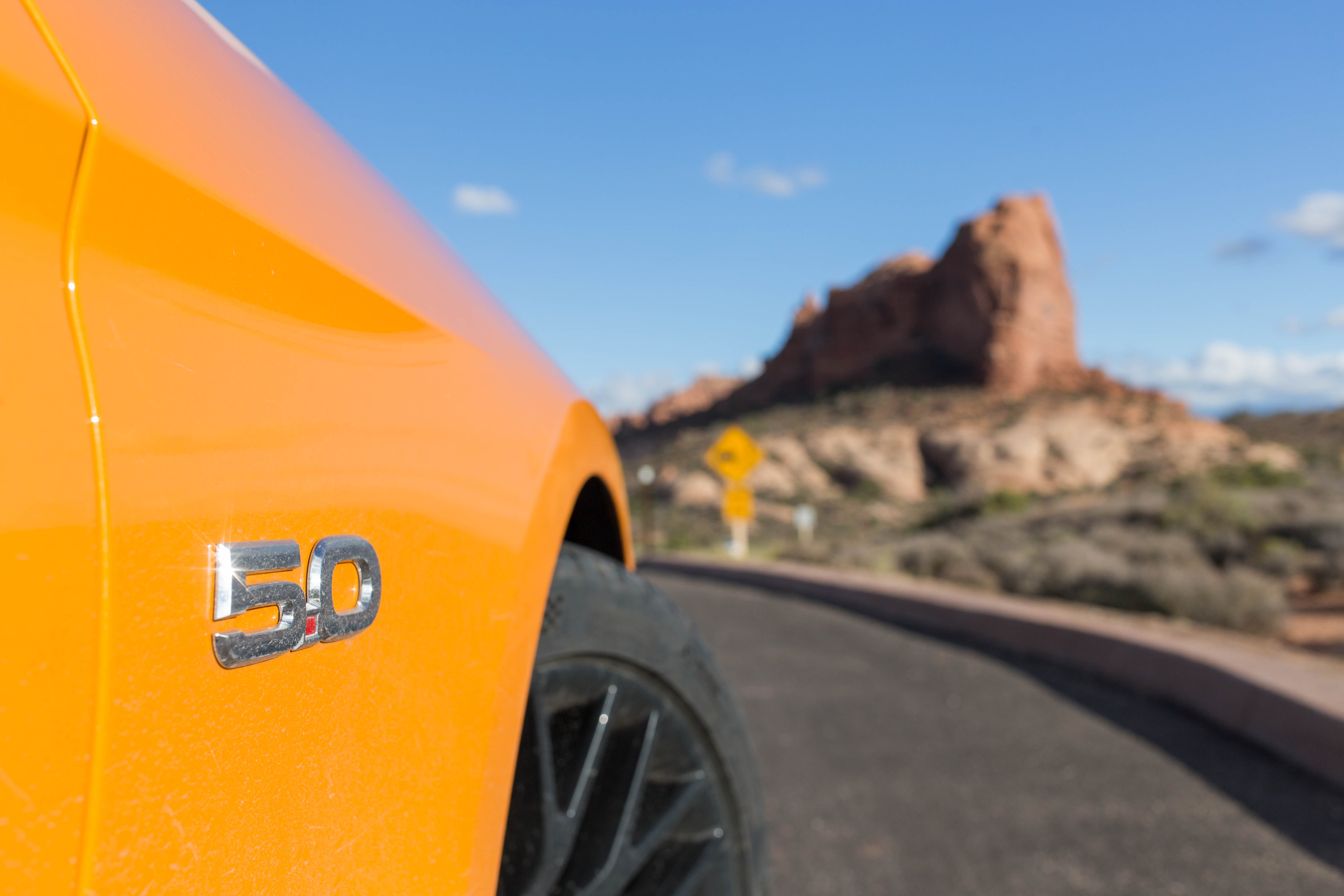 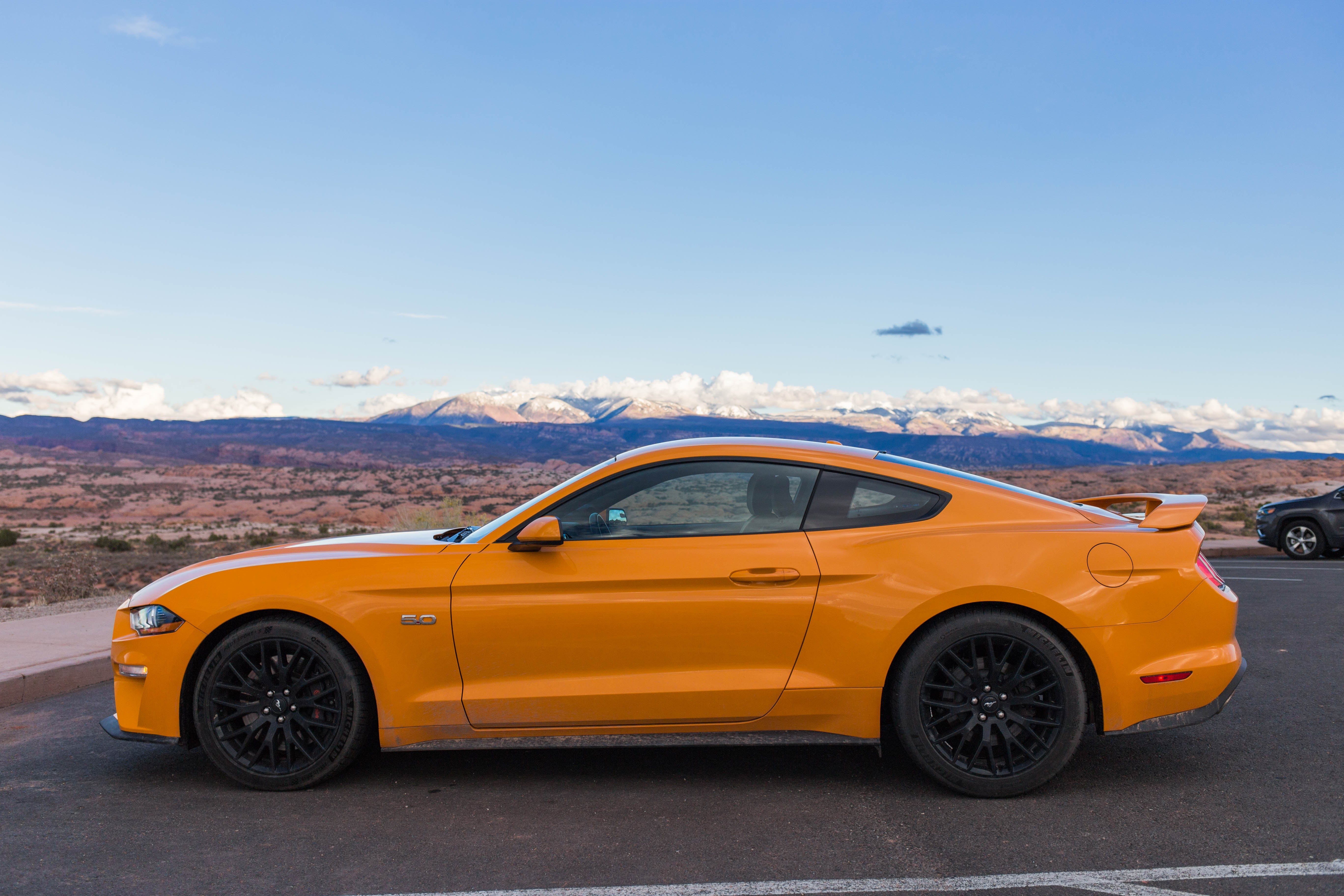 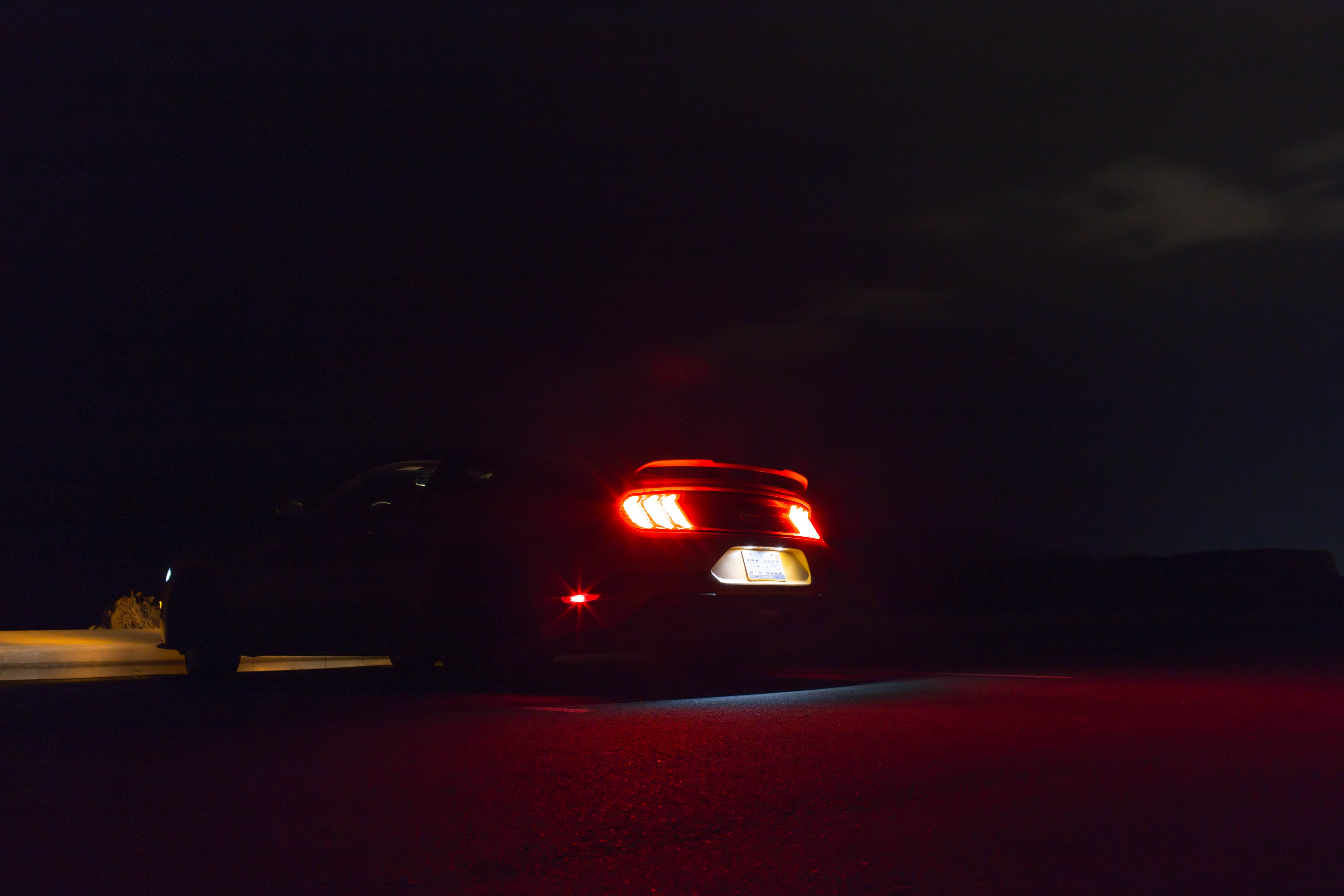 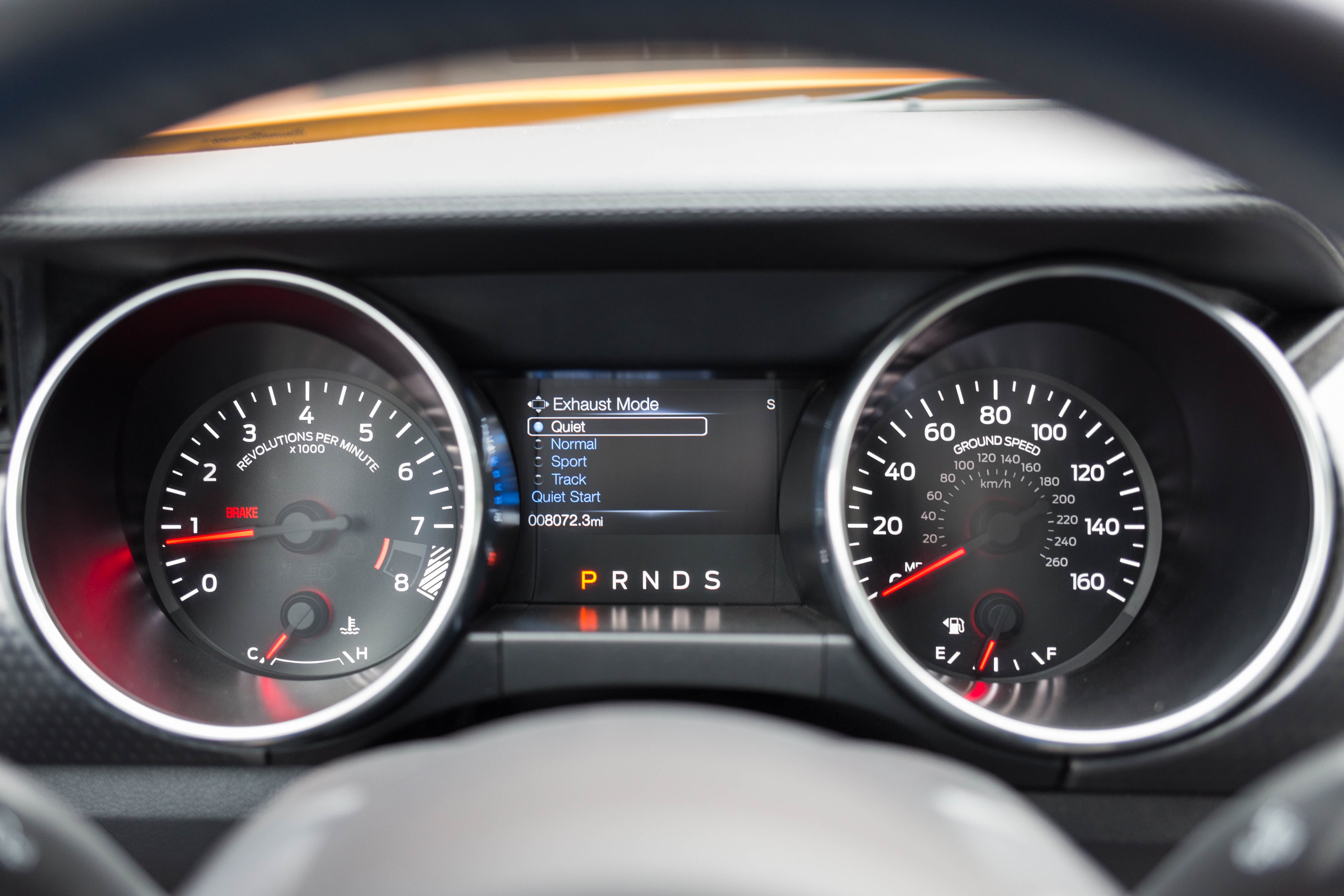 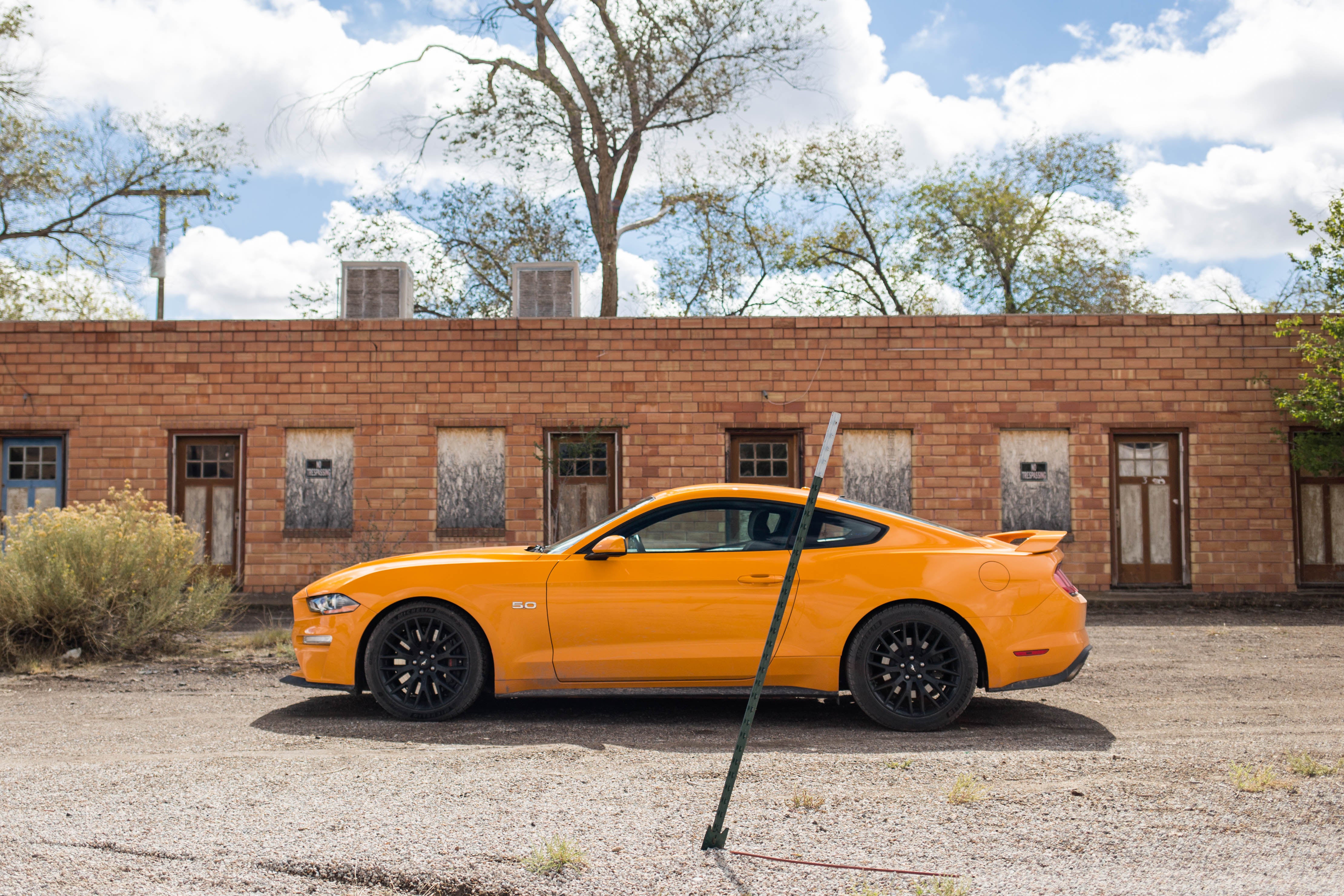 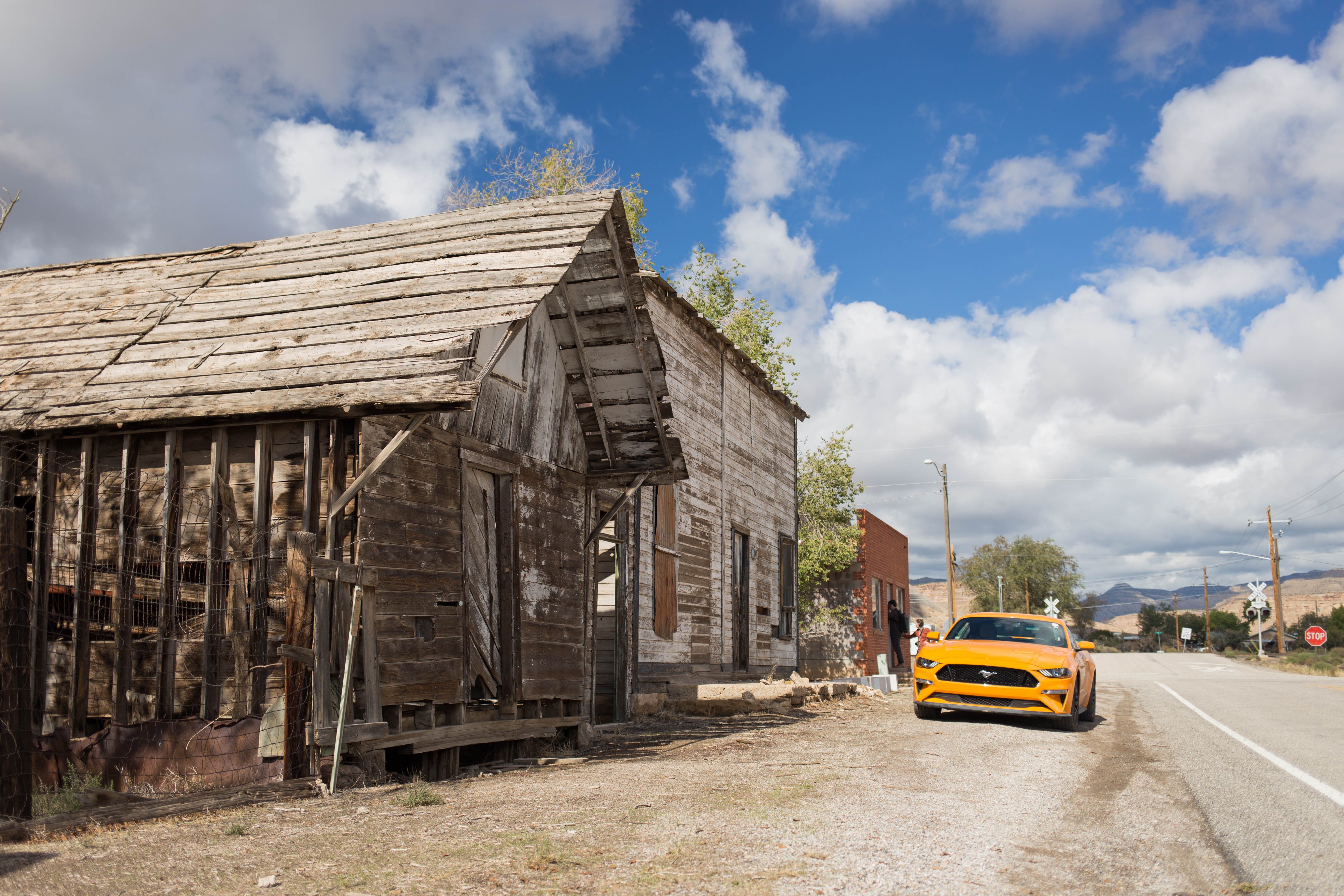 (Full disclosure: Ford wanted us to drive the 2018 Mustang GT PP1 so badly that it let me drive one around for the whole week I was on vacation in Utah. I paid for the vacation myself.)