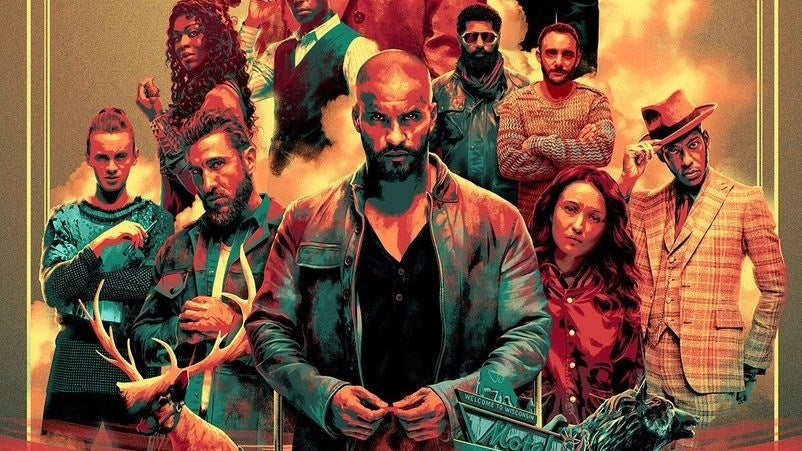 After months of rumours and reports about behind-the-scenes shakeups and the departure of one of its most riveting performers, Starz’s American Gods finally has a confirmed date for the second season premiere—and it’s coming up on us fast.

Vulture reports that American Gods’ next season will begin airing just in time for the Ides of March, albeit just a little bit ahead of schedule, on March 10. Set almost immediately after the events of the first season that saw Shadow Moon (Ricky Whittle) finally wrapping his mind around the fact that the people he’s been running around with are literal deities, the new season will follow Shadow as he gets pulled deeper into the secret supernatural conflict taking place in America:

“A council at the House on the Rock explodes into chaos, sending deities both Old and New on quests across America that will converge on Cairo, Illinois: forcing Shadow to carve out a place as a believer in this strange new world of living gods — a dark world where change demands commitment, and faith requires terrible sacrifice.”

In Neil Gaiman’s novel, the House on the Rock is a place imbued with divine, uniquely American energies because of the millions of people who make pilgrimages there every year to marvel at its many wonders and strangeness. It’s also the place where Mr. Wednesday/Odin (Ian McShane) calls together a number of the old gods, hoping they will join him in his battle against the newer gods who are working to usurp them.

The setting is a key plot point to American Gods’ larger story, and the fact that Starz is leading with it as a big part of the show’s next season is a sign that the story’s about to ramp up in a major way.