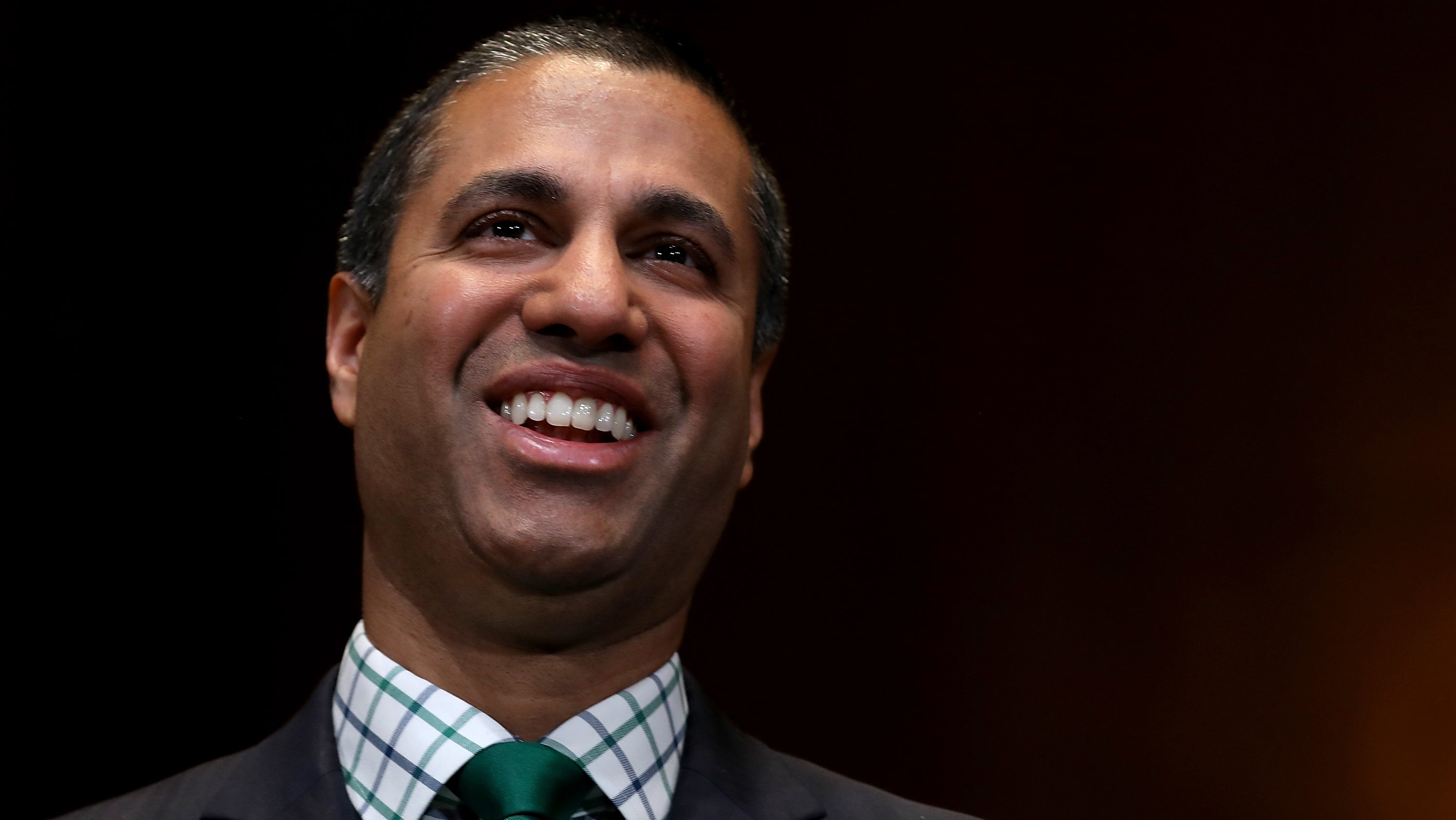 Does the Federal Communications Commission believe that more than half a million comments about net neutrality originated from Russia last year? It depends on who you ask. Remarks offered by Chairman Ajit Pai as recently as yesterday appear in stark relief to claims the FCC recently filed in court.


In a memorandum published Monday to the FCC’s website, Pai tossed around the word “fact” while referring to a “half-million comments” he claims were “submitted from Russian email addresses.” This chairman was referencing a fraction of the 23 million comments submitted to the FCC last year amid Pai’s ultimately successful effort to roll back Obama-era net neutrality rules.

But in a court filing just a few weeks ago, an assistant U.S. attorney assigned to represent the FCC in a case brought by the New York Times made an arguably divert different claim: That the FCC remains unconvinced of the involvement of any Russian bots, residents, or government officials meddling in the comment process.

Pai’s remark, about “the fact that” a “half-million comments” were “submitted from Russian email addresses,” was offered in response to his agency rejecting Freedom of Information Act (FOIA) requests filed by the New York Times and BuzzFeed, which sought “IP addresses” and “server logs,” respectively, associated with the FCC comments submitted during Pai’s net neutrality docket.

Changes in FCC rules are typically subject to a process known as “notice and comment” rulemaking, whereby the FCC announces its intention to adopt or modify rules and then gives the public a period of time to comment. Using FOIA, reporters at BuzzFeed and the Times are hoping to uncover the truth behind inconsistencies reported in the net neutrality comments, including why a significant portion of them originated overseas. The FCC and its DOJ attorney did not immediately respond to a request for comment.

In August 2017, a study was released of the email accounts associated with comments. It concluded as many as 444,925 were of Russian origin. Further, the study determined that the Russian-linked accounts comprised nearly 25 per cent of the estimated 1.72 million comments linked to foreign domains.

The group behind the study, Emprata, which was tasked with the research by a telecom industry group that favoured Pai’s position, also connected “a large percentage of comments” that opposed Pai to the website FakeMailGenerator.com; roughly 7.75 million, or 23 per cent of the overall comments, to be exact.

It is unclear whether the half-million “Russian” accounts are owned by actual Russian citizens. Even more likely, perhaps, is that they are bots, controls of which could be in virtually anyone’s hands. (A separate Pew Research Center study found only 6 per cent of comments—from a pool of over 21.7 million—contained a unique message, suggesting the remaining 94 per cent were auto-generated.)

The FCC first acknowledged the Emprata study in a November 2017 press release titled, “Myth vs. Fact: Setting the Record Straight on Chairman Pai’s Restoring Internet Freedom Order.” In an attempt to rebut the claim that the comments “overwhelmingly” favoured preserving net neutrality, as had been reported in the press, the chairman’s office wrote, in part: “[O]ver 400,000 comments supporting Title II purport to come from ‘individuals’ residing at the same address in Russia.”

In July, amid reports of automated bot usage and allegations of foreign meddling, Pai informed lawmakers of his plans to request new funding to overhaul the Electronic Comment Filing System in an effort to “minimise the potential for abusive behaviour.” (He had been criticised earlier in the year for refusing to cooperate with state law enforcement investigations, principally led by former New York Attorney General Eric Schneiderman, who resigned in May amid multiple sexual abuse allegations.) But other substantive actions resulting from scandal have been much harder to detect.

It is the lack of closure on the issue—the complete absence of any real analysis of the event by the FCC—that has led to the piqued interests of so many reporters.

After months of back and forth with the agency, the Times went to court, accusing it of denying or failing to respond properly to a legitimate request: a list of IP addressed linked to the FCC comments and other related data.

In a September complaint, the Times described the litigation as an attempt to “shed light” on the allegations of Russian interference in the FCC’s rulemaking process. This from “paragraph 2″ of the Times’ complaint (emphasis ours):

2. The request at issue in this litigation involves records that will shed light on the extent to which Russian nationals and agents of the Russian government have interfered with the agency notice-and-comment process about a topic of extensive public interest: the government’s decision to abandon “net neutrality.” Release of these records will help broaden the public’s understanding of the scope of Russian interference in the American democratic system.

Using standard legalese, the FCC responded that it “denies knowledge or information sufficient to form a belief as to the truth” of the Times’ statement—that the record would help shed light on the extent of Russian involvement (whether that be some or not at all).

The Times contends further down in the complaint: “Some of these automated messages originated from Russia.”

Again, the FCC says it has no proof.

Separate from the lawsuit, the FCC administratively denied the Times’ record request in a letter released Monday. To emphasise how fiercely opposed his office is to releasing the IP logs, Pai attached a statement to the rejection letter, an unusual happening, prompted the agency’s lone Democratic commissioner, Jessica Rosenworcel, to issue her own reply.

Even more bizarre is the mudslinging. Pai used the opportunity to politically attack Rosenworcel near the end of his nine-paragraph statement, writing (emphasis ours):

My dissenting colleague says—a lot. But nothing about the U.S. Supreme Court precedent. Nothing about the on-point district court decision. Nothing about why our career information technology staff’s determination that releasing these server logs could undermine our agency’s efforts to defend against cyberattacks is wrong. Indeed, nothing whatsoever about any of the actual analysis the FCC or its career staff have proffered.

Instead, one finds the now-standard overheated rhetoric about “net neutrality” (omitting, as usual, the fact that the half-million comments submitted from Russian email addresses and the nearly eight million comments filed by email addresses from email domains associated with FakeMailGenerator.com supported her position on the issue!).

Ajit Pai either knows for sure that his plans to repeal net neutrality led to a deluge of Russian-based comments, or his agency is clueless as to whether its logs reflect any Russian involvement at all. The latter casts suspicion on whether any “actual analysis” has been performed at all. And it wouldn’t be the first time the FCC has claimed to have “analysis” of something and later fail to produce the receipts.

Possibly, it’s just that Pai statement contains a politically convenient distortion so that he could sound clever in criticism of his colleague—even if meant misrepresenting to the public the facts as his agency understands them. Possibly, the only facts Pai relies on are the ones produced in studies funded by people who support his positions.

Ironically, it is the FCC’s own response to this situation—complete stonewalling—that best demonstrates why journalism is greatly needed to ferret out the facts that agencies can’t be trusted to provide, and why freedom of information remains the greatest stalwart against nonsensical government secrecy.