The Best Halloween Book You’ve Never Heard Of: Celebrating The 25th Anniversary Of A Night In The Lonesome October 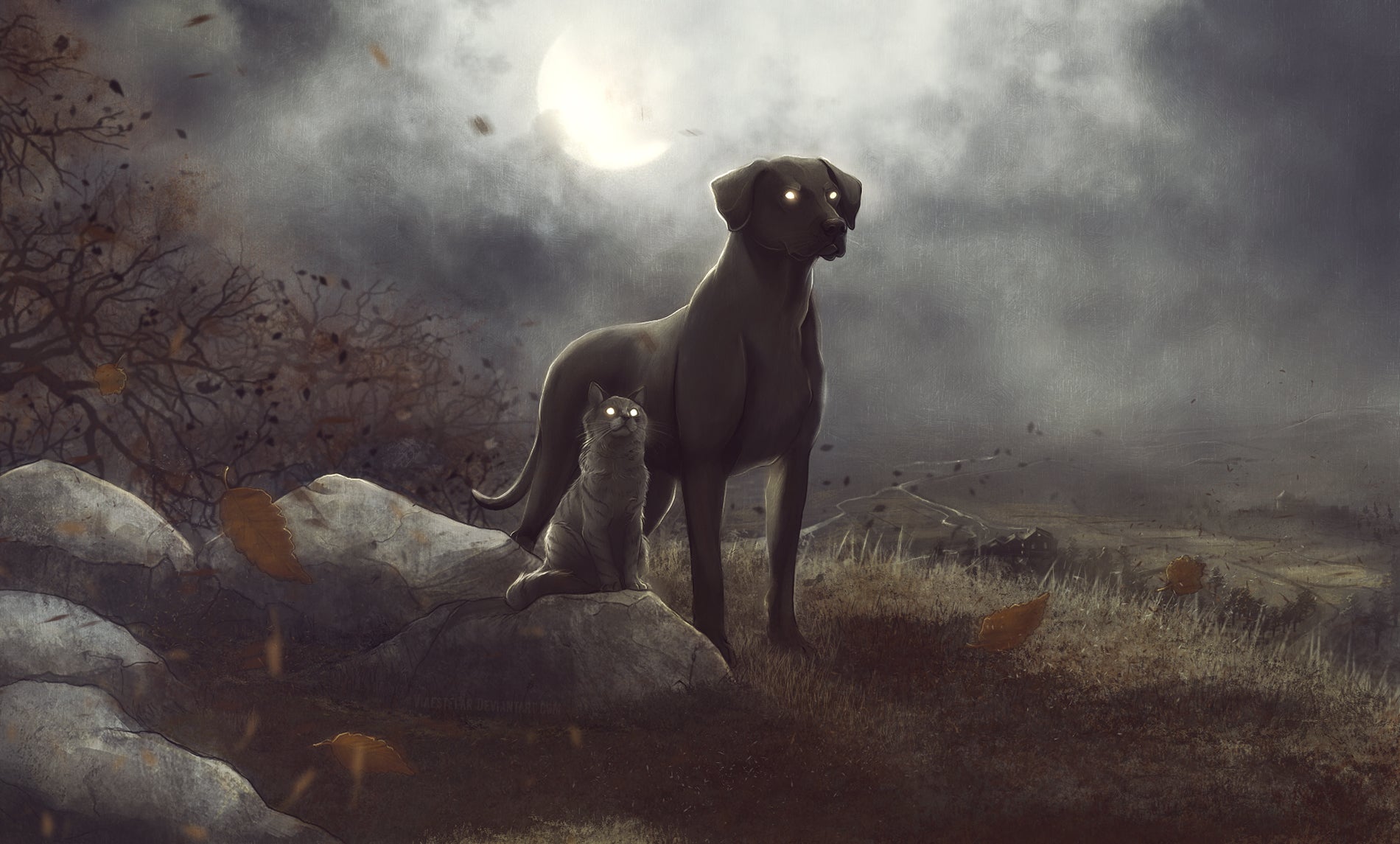 Pumpkins begin to show up in damn near everything, which means it’s time to celebrate a forgotten Halloween classic, a novel that manages to mix together classic Victorian horror icons with Lovecraftian dread into a heady concoction. It’s A Night in the Lonesome October season and your chance to read this delightfully terrifying book.

A Night In The Lonesome October is a long lost gem of a novel, oozing with charm (and viscera) by Roger Zelazny. It’s the last book the Hugo Award-winning author ever wrote. This year marks the 25th anniversary of its publication.

Zelazny considered it to be one of his favourites. Zelazny wrote some of science fiction’s most iconic novels, like the The Chronicles of Amber and Lord of Light, but despite his skill as a fantasy author, his short little story that mashes up Jack the Ripper with Cthulhu is what he considered to be his best work.

He was totally right too. A Night in the Lonesome October is a singular novel, full to bursting with incredible characters and horrible monsters, deftly written by a master of the genre who knew his references inside and out. It is nothing short of a joy to read.

Published in 1993, A Night in the Lonesome October is the story of a curious ritual that happens in autumn and the characters as players of a massive, intricate Game surrounding the rituals. The book is told from the point of view of a wise hound named Snuff, the loyal companion to a quiet, reserved gentleman named Jack who has a great fondness for knives and Whitechapel alleys.

They have recently moved to a small village outside of London where Jack believes the ritual will take place. The village has had a strange influx of new residents recently. They eye each other warily as they begin the month’s task of gathering materials for the great ritual where the fate of the world will be decided and the tentacled horrors will be unleashed.

Yes, my friends, this is a story of Jack the Ripper, Count Dracula, Victor Frankenstein, and Sherlock Holmes moving into one village and waiting for the right moment to bring about the end of the world by summoning the Old Ones from Lovecraftian mythos. It is brilliant, funny, and so well stitched together that even ol’ Victor would have to admire Zelazny’s sutures.

It cleverly brings together iconic monsters and villains of the Victorian age, throws in Cthulhu, Nyarlathotep, Shub-Niggurath, and the Dreamlands for fun, and lets a dog be our trusty narrator through all the insanity. All the big names are here, as well as allusions to other Victorian scandals and literary beasties.

Larry Talbot, a man with a particular fear of full moons, moves in mid-way through the novel and causes chaos to the already established allegiances, and there’s an evil vicar who holds black masses in the local church basement. And that’s not even the half of it.

Since A Night In The Lonesome October deals with Snuff we get to meet all the other animal familiars and try to untangle the various factions and groups before the moon rises on October 31st. Snuff is a charming narrator. He’s intelligent, fair minded, and curious. With the cynical cat Graymalk by his side, they travel the village together working out where the ritual will happen and whose side will win.

Sometimes he follows Jack into London while his master procures “ingredients” for the ritual. The novel has a quiet, gentle kind of horror to it. It’s bucolic and lovely in a small English town James Herriot sort of way but it also has the steadily growing dread of the best slow burn horror novels.

A Night In the Lonesome October quickly found its way onto several best-of lists that year and was even nominated for the Nebula Award for Best Novel in 1994, ultimately losing to Moving Mars by Greg Bear. The novel earned heaps of praise and is considered a favourite of authors like Neil Gaiman and George R.R. Martin but slipped into obscurity after Roger Zelazny’s death in 1995.

It quietly went out of print and that would have been the end of it if it wasn’t for a small group of fans who kept it alive. After many years the novel was finally brought back into print with the original (albeit slightly goofy) illustrations by Gahan Wilson intact.

It’s almost criminal that this novel isn’t more well known. It’s an atmospheric treat. It’s the coziness of an English village straight out of Midsomer Murders mixed with the creeping terror of the best of Lovecraft and the most villainous fiends from Victorian literature and history. The only thing it’s missing is the Doctor to land a TARDIS in Snuff’s backyard and waltz around wondering what’s going on.

It’s a precursor to all the other “monster mash” style stories like Alan Moore’s League of Extraordinary Gentlemen, Neil Gaiman’s A Study in Emerald, and Penny Dreadful, told with an abundance of style and a cheeky wink.

You’ll have to read the book to find out whether the forces of good or tentacled evil win. You can also join the cabal of fans who read the book one chapter per day in October. You see, the real genius of the novel is its structure. There are 31 chapters (32 if you count the introduction), one for each day of October. The challenge is to read one chapter a day during October, slowly unravelling the mysteries of the book and putting all the pieces together.

Many fans do a yearly re-read as a way to celebrate Halloween and the glorious month of October. I am also one of those fans.

I’ve happily re-read A Night in the Lonesome October one chapter a night every October for almost a decade now. I used to have an old first edition copy that I would keep by my bedside. It became my ritual every October and I look forward to it every year. I’ve made almost all of my friends read it, yelling at people to get ready when September begins to wind down.

I discovered the book by accident one day while on an HP Lovecraft bender. It was brought up in the footnote of an anthology and it became my life’s mission to track a copy of it down. I finally found it one summer covered in dust and shelved haphazardly in a dark, forgotten corner of a used bookstore. I felt like Indiana Jones discovering some archaeological object lost to time and history. I took it home, dusted it off, and waited.

That October I was treated to one of the best reading experiences I’ve ever had in my life. I was immediately drawn in to the story and I spent the next 31 days piecing it all together. It took all my willpower to stop at every chapter but I’m glad I did. Each day was another installment of building dread and unraveling clues. The final chapter left me breathless and I knew I had just read something marvelous and magical.