patents to take with a grain of saltsony 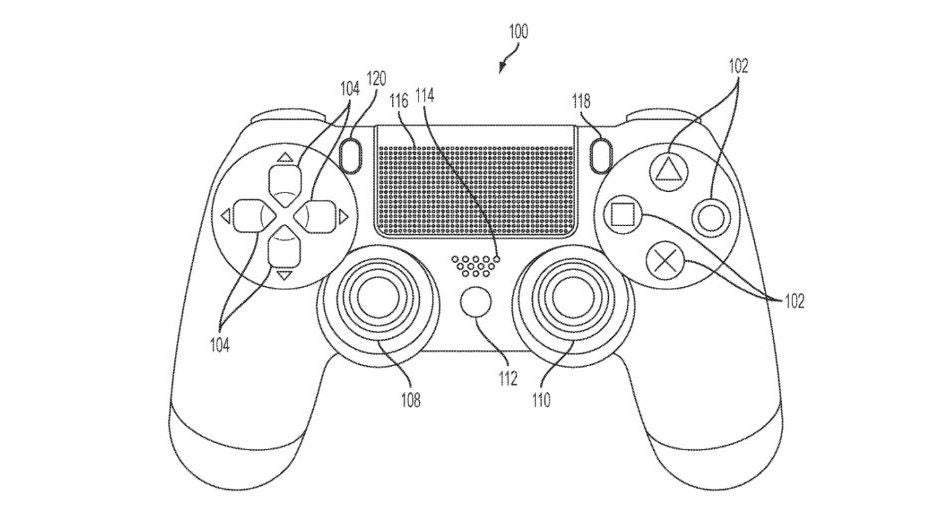 If you miss the Sega Dreamcast’s visual memory unit, a recently published patent from Sony brings potentially good news. The next iteration of the Playstation’s DualShock controller may come with a built-in touchscreen.

The patent was published in October and noticed over the weekend by the folks at DualShockers. Initially filed in 2017, the paperwork describes a controller that’s virtually identical to the DualShock 4 that was released in 2013 and remains the official Sony controller but in place of the current touchpad, it adds a touchscreen. Here’s the legalese gobbledygook:

Looking at the included renderings in the patent, one would be hard-pressed to say what’s different. But in previous patents, the clickable black rectangle that responds to touch on the DualShock has been referred to as a touch sensor. Later in the patent, it describes some potential uses for the touchscreen. It mentions displaying various interactive functionalities that would integrate with an application and outlining gesture controls for a user to trace with their finger.

Nintendo’s Wii U is the most recent game console to offer a display on its controller but that failed design was much closer to its current-gen Switch console, with a screen big enough to play a game separate from the television display. This seems more like an evolution of the Dreamcast’s rudimentary VMU that displayed some game information and included some mini-games like a Tamagotchi. If this feature ever sees the light of day, it would surely be a more impressive modern screen. Games like Red Dead Redemption 2 offer smartphone apps that help you keep up with missions and the world map-so it’s easy to imagine that sort of feature being displayed directly on the controller.

This is just a patent and by no means should it be considered anything but an idea that Sony wants to get on the books. Little is known about the PlayStation 5 except that it’s in development and could be out within the next two years. One persistent rumour is that it will follow in Nintendo’s footsteps and be a portable console that can perform dual duties. If that were the case, we could see a touchscreen controller being handy when playing in docked mode.

We’ve reached out to Sony to ask if it’s actively developing this design and if so whether it considers this a replacement or just a neat additional option. We did not receive an immediate reply. Whatever the case, if this thing hits shelves expect the cost of peripherals to go up.