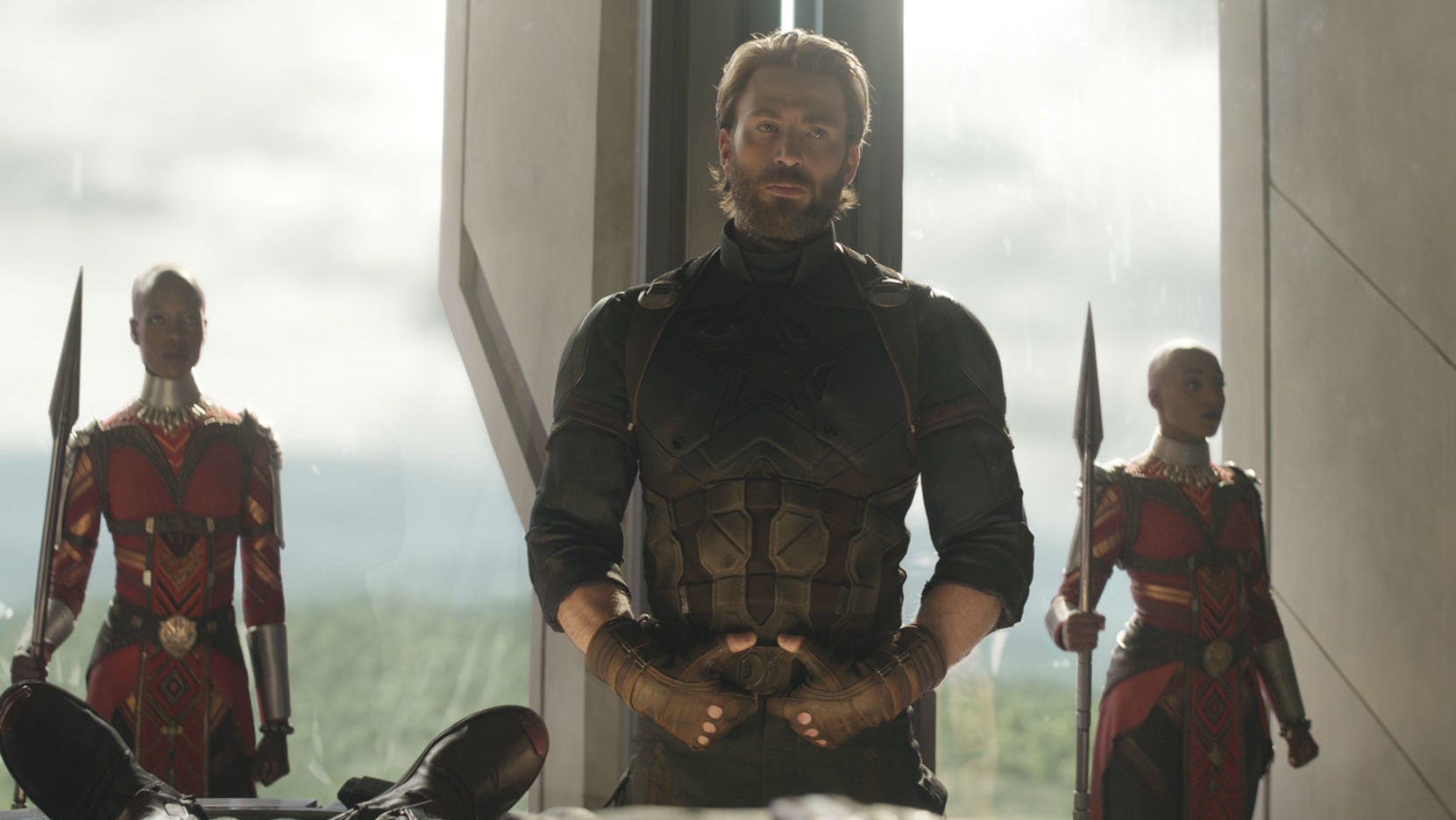 Back in October everyone (ourselves included) made a big deal of Chris Evans’ remarks that he was done with Captain America. Well, that may have been premature.

Speaking to USA Today, Joe Russo — who co-directed four of Evans’ most recent Marvel movies (including the upcoming Avengers 4) — said the following:

I think it was more emotional for him than it was us because he’s not done yet. I won’t explain what that means but fans will soon understand what I’m talking about.

Obviously, Russo is referring to something in Avengers 4, we just don’t know what yet. Maybe Cap doesn’t die, but gracefully retires? Or he passes the shield and will be around as a mentor? Or, Evans could sign a new contract to make new movies or TV shows. [Ed’s Note: Oh my god, what if he gets a TV show with Hayley Atwell’s Agent Peggy Carter? – Jill P.]

Or maybe Joe Russo is just lying here to throw us all off the scent. It’s a very curious statement. Oh, who are we kidding, we all know Cap dies and becomes a Force Ghost who comes back in Avengers 5.

Speaking of Avengers 5, though, Russo also mentions it very briefly in this interview. He says he thinks any big team-up film like that would probably be quite far down the road, mostly because he assumes they would somehow try to incorporate X-Men characters.

Since Russo says he hasn’t talked to Feige about it, that’s just speculation, but it certainly makes sense. But the prospect of X-Men vs. Avengers or something is just… too much. With just one year dividing the most recent Avengers movies, a longer break before part five is probably good.

Anyway, just more interesting morsels to chew on as we sit here and patiently wait for a tease of what’s to come when Avengers 4 arrives in May.