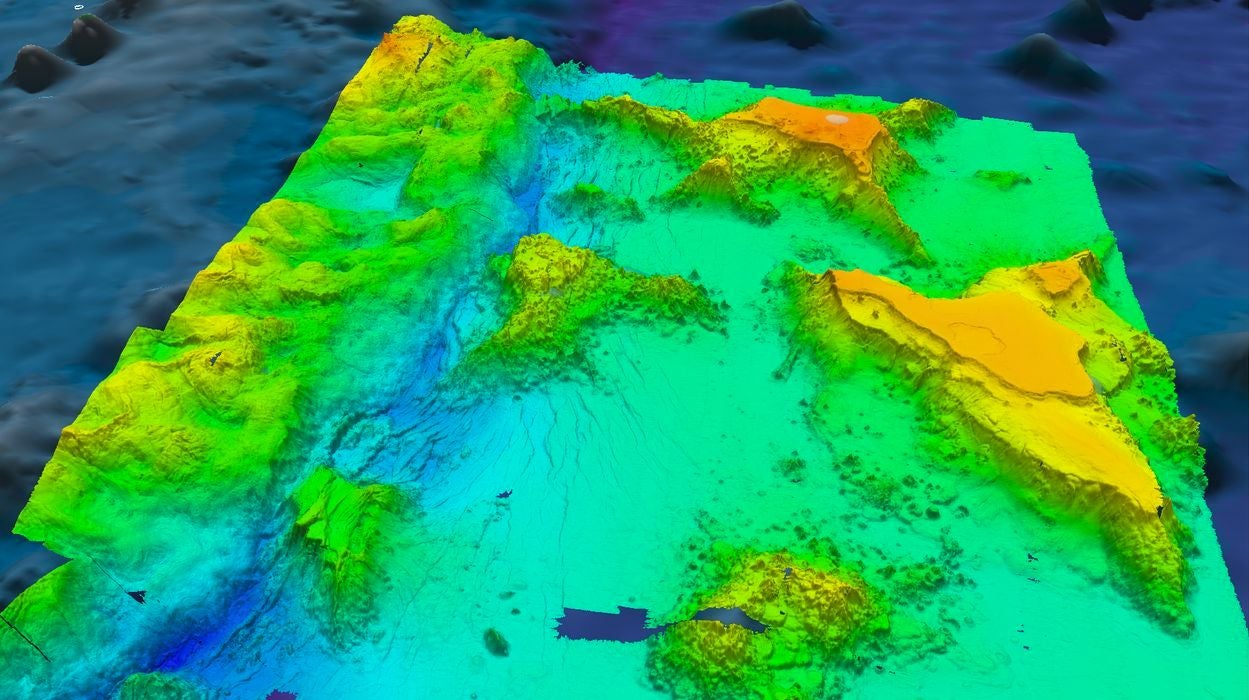 Bathymetry data from near the Mariana Trench (Graphic: University of New Hampshire Center for Coastal and Ocean Mapping/Joint Hydrographic Center)

The Earth around the Mariana Trench, which contains the deepest point on the planet, could be slurping up at least four times more water than previously estimated, according to new research.

Scientists collected data using seismographs sunk to the ocean bottom in order to better understand water’s behaviour at subduction zones. These are places where one tectonic plate sinks beneath another — common sites of volcanic activity, but also how water moves into the deeper parts of Earth. This work might force scientists to rethink how water cycles through the planet more generally.

“Water is key to understanding how our planet has evolved through geological time,” study author Chen Cai from Washington University in St. Louis told Gizmodo.

The Mariana Trench is home to the deepest trough on Earth, the location where the Pacific tectonic plate is subducting beneath the Mariana plate. The authors collected data around this region using 19 ocean-based seismographs and seven land-based seismic stations, deployed from January 2012 to February 2013. These instruments measure sound waves through the Earth, which the researchers use to make an image of the crust and mantle in the area.

That should make you wonder how the planet’s oceans aren’t being drained to lower levels. Well, more water might come out of Earth than previously thought, too. “We think that the amount of water expelled from the Earth’s interior at volcanoes has been underestimated,” said Cai.

The study impressed its peer reviewer, Columbia University professor Donna Shillington. “One of the most exciting things about this study is the depth extent over which they can seismically image the water going down into the subducting plate,” she told Gizmodo.

Cai recognised that the study only covers Mariana, and not other subduction zones — those will be studied next. Shillington explained that researchers are working on another data set in Alaska that would serve as a point of comparison to Mariana.