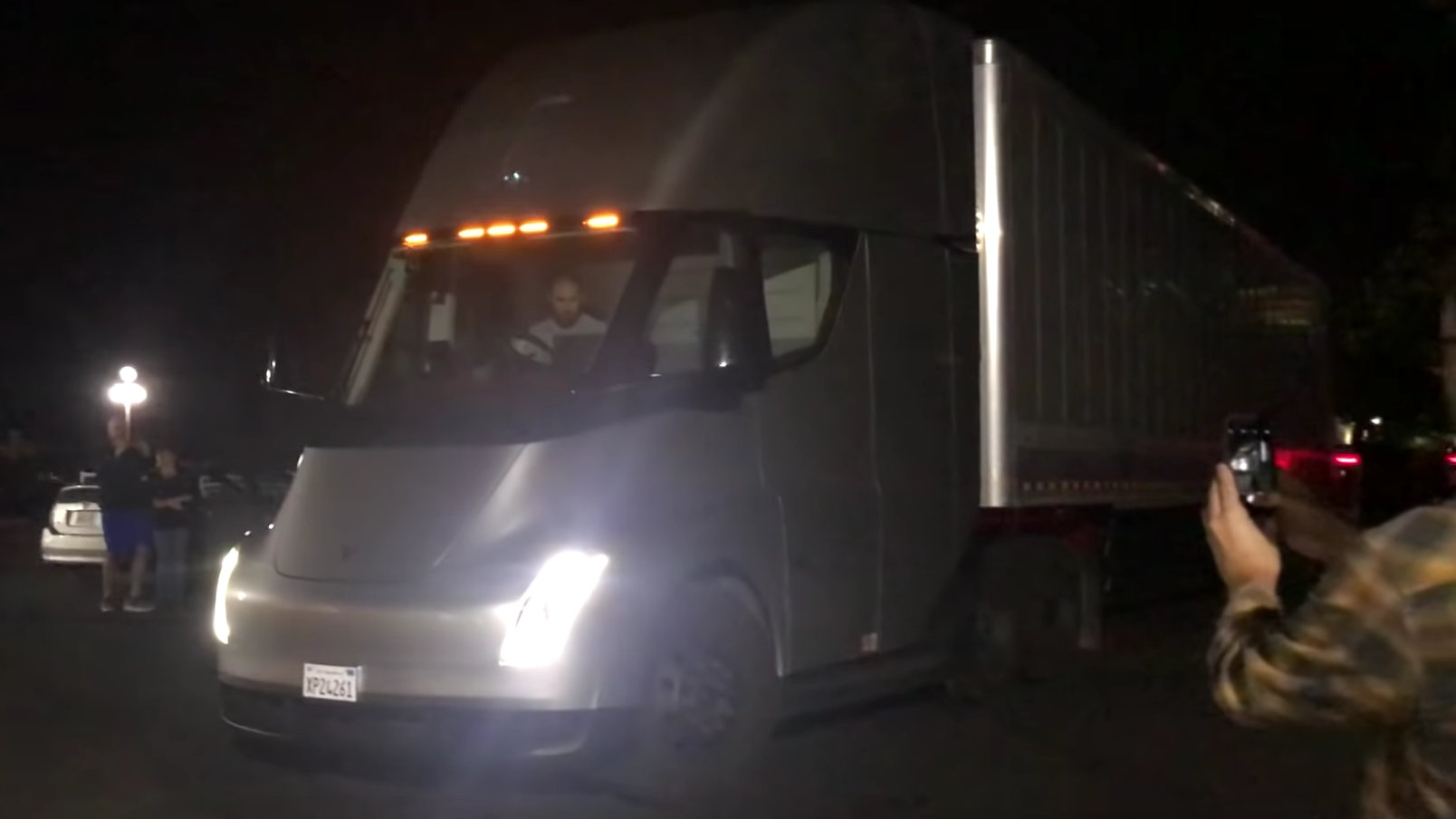 Somebody spotted an electric Tesla Semi in the wild and all I can think is that conspiracy theorists are going to have a field day with these giant silent future-looking trucks.

While we’ve surely spotted the Tesla Semi test mules quite a bit before, where it looked quick speeding around without a trailer attached, this video is notable for a few reasons.

Steven, who kindly sent Jalopnik the video, also mentioned it offers a rare look at the rear “sleeper” door of the truck cab being opened by the driver at around the 1:27 mark. We also get a good look at the truck driving at highway speeds which gives us a shot at hearing what it’s like to be passed by one of these future lane hogs.

The truck was spotted juicing at the Madonna Inn Tesla Supercharger station in San Luis Obispo, California last week, and it’s really striking to see how much it stands out at something like a standard roadside motel.

It’s also pretty cool to see the truck back up to the trailer, too, before taking off and unsurprisingly not making a lot of noise. The only time you can even hear anything coming from it beyond wind buffeting only seems to happen once it’s on the highway, with a satisfying but low-key motor whine as it passes by the person recording.

Otherwise it seems to satisfy all of the requisite functions of a semi truck, so it’s got that going for it. The proud Tesla man sitting in his big middle seat looks pretty fun, too.