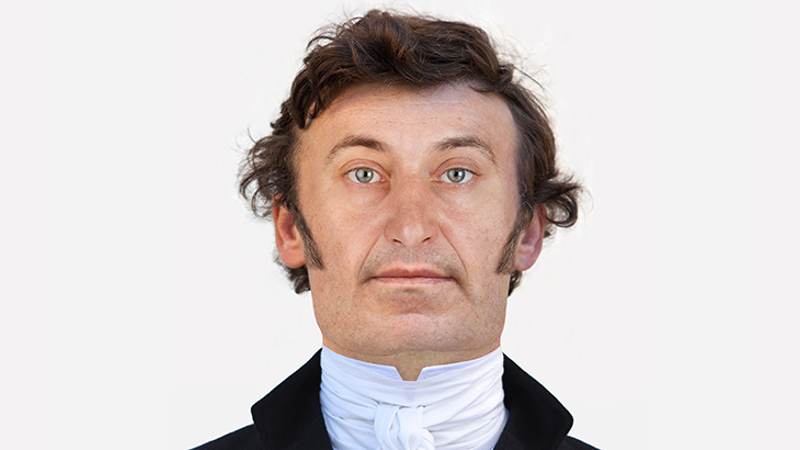 Digital facial reconstruction of John Bellingham, the only person to have successfully assassinated a British Prime Minister, which he did in 1812. (Image: Queen Mary Forensic Museum)

One of the most intriguing items on display at the Queen Mary Pathology Museum — the skull belonging to British assassin John Bellingham — has been used to create a digital reconstruction of the killer’s face.

John Bellingham, a bankrupt and disgruntled businessman, shot British Prime Minister Spencer Perceval in the lobby of the Palace of Westminster on May 11, 1812. Four days later, after being convicted of the crime, Bellingham was hanged. To this day, he’s the only person to have successfully assassinated a British Prime Minister.

As was customary for someone accused of such an atrocious act, Bellingham’s body was “anatomised,” meaning his remains were studied by medical scientists. Eventually, his skull ended up at the Queen Mary Pathology Museum in London, England, where it’s currently on display. 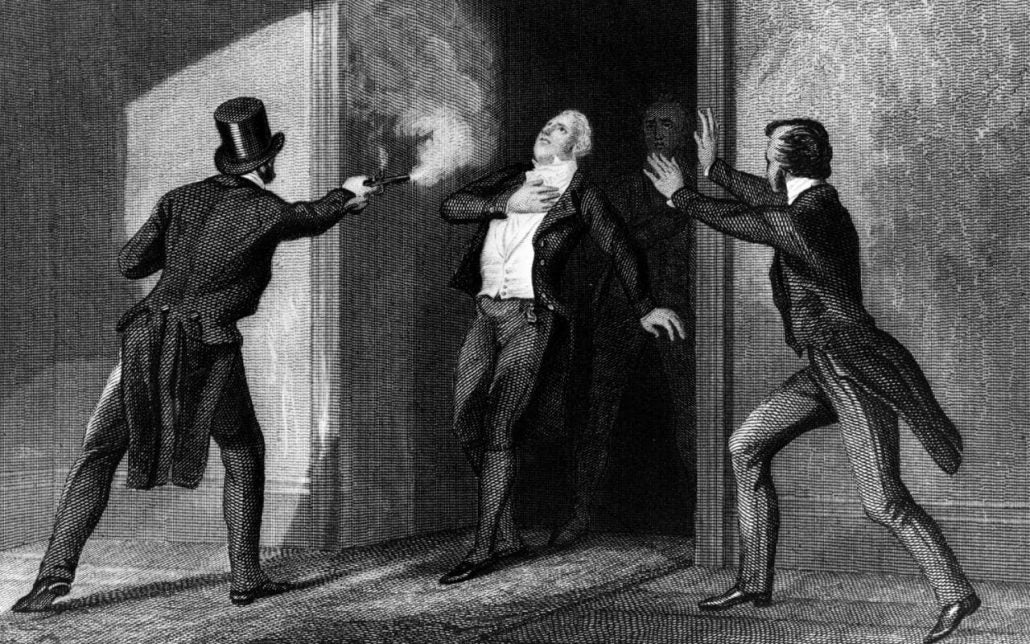 The museum’s curators recently decided to give an actual face to one of its most popular items. To that end, they recruited forensic artist Hew Morrison, who had previously reconstructed the face of a 3700-year-old Bronze Age woman dubbed Ava.

For the reconstruction, Morrison was given access to the skull, along with some historical information. Smartly, the museum contacted the living members of Bellingham’s family for permission, which they granted.

“I found the skull to be rather unusual looking, with quite a bulbous cranium and noticeable asymmetry of the chin,” said Morrison in a statement. “John Bellingham would have had a long, narrow, slightly downturned nose. This was apparent when I saw the skull as the nasal aperture was indeed quite significant in length with a downward nasal spine.” 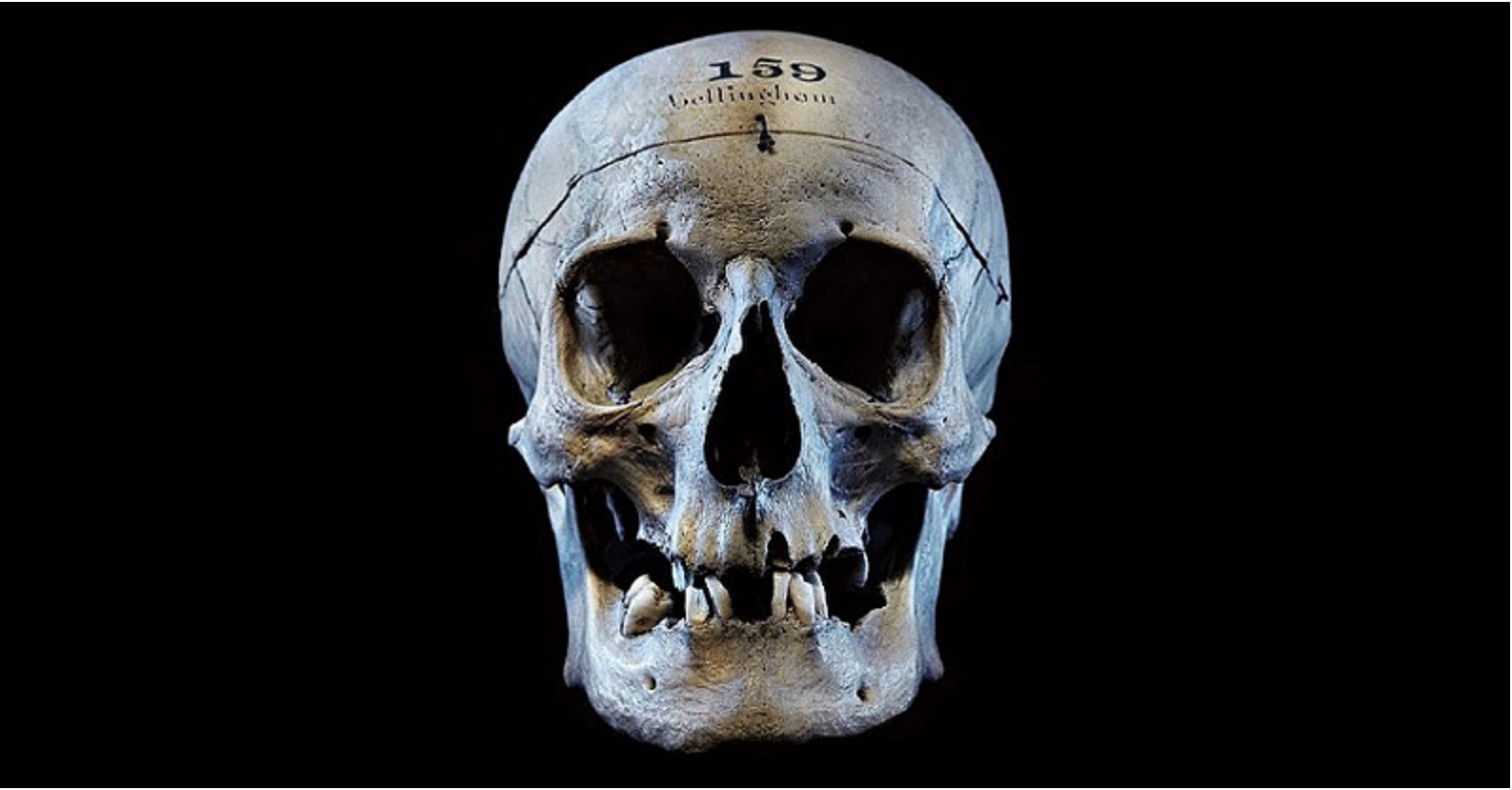 The skull also featured particularly large eye sockets, which explains the high position of Bellingham’s eyebrows on the reconstruction. Because the top teeth are missing, Morrison had to estimate the thickness of the upper lips (a task that’s typically done by measuring the height of the enamel of the front teeth).

Morrison decided to give Bellingham a neutral expression, and treat the facial reconstruction like any other. Despite “committing the crime that he was found guilty of and subsequently executed for, I did not feel the need to make him look bad or mean in any way,” he said. 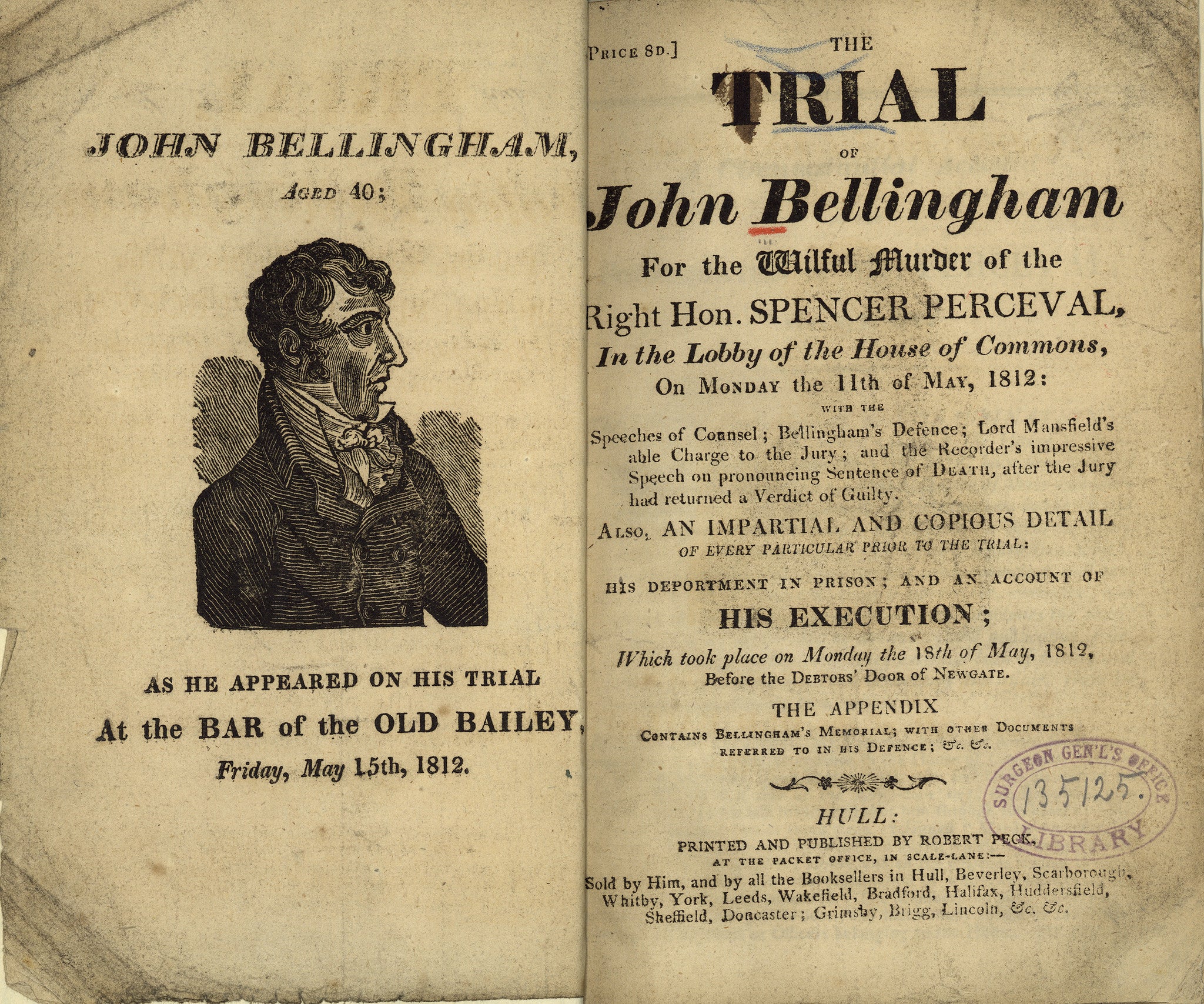 An engraving made of Bellingham at the time of his trial. (Image: Public Domain)

Factors other than a cranial analysis were also used for the reconstruction. Bellingham was in his forties when he was executed, and of British descent. Accordingly, Morrison used a modern database applicable to European males of the same age group, which included tissue depth markers, to estimate the thickness of the tissues overlying the skull. 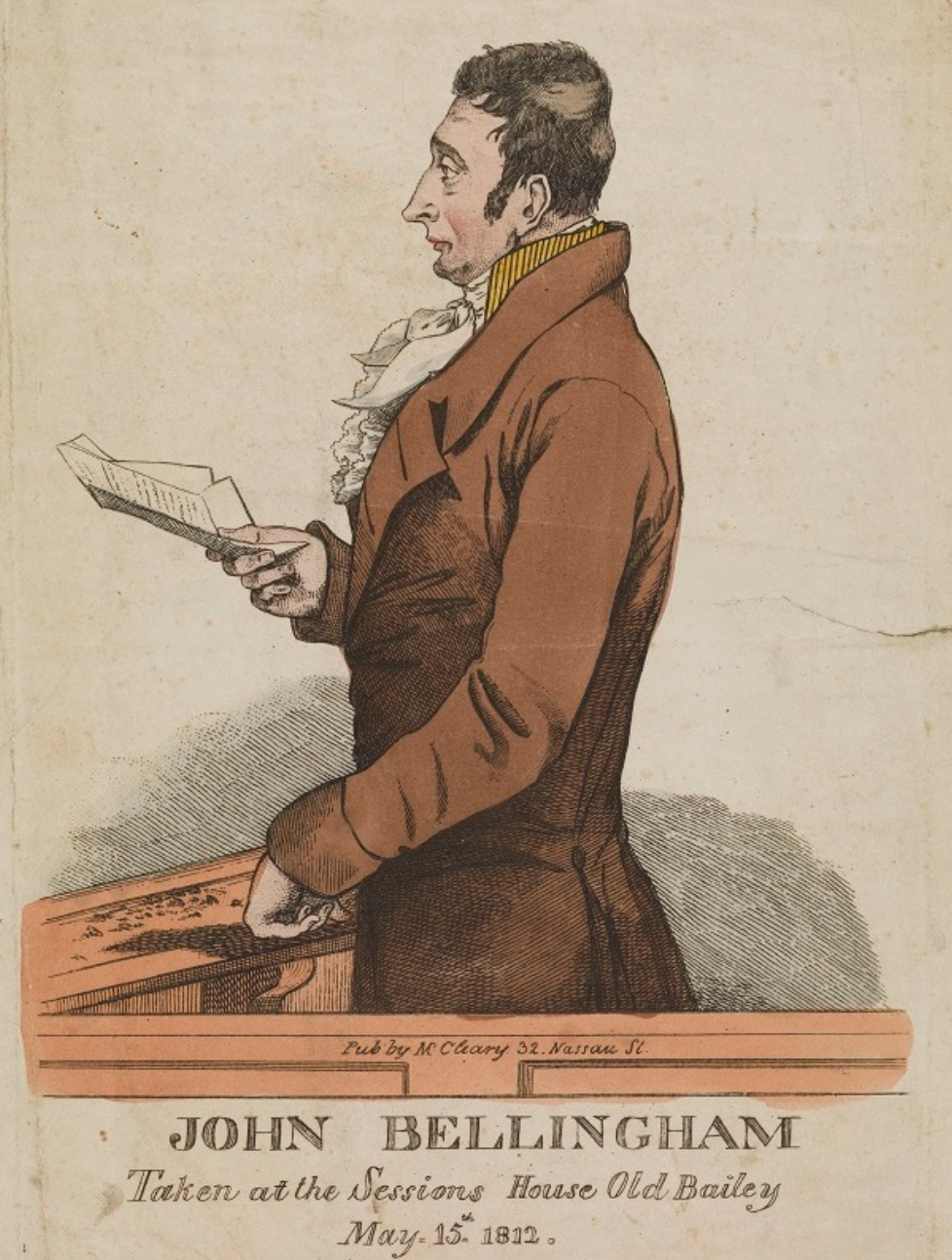 An illustration of Bellingham made during his trial. (Image: Yale University Library Catalogue)

Using computer software and a database of high-resolution photos of human faces, Morrison finalised the digital reconstruction, blending and combining elements together to create a believable, life-like portrait of the assassin. The colour of Bellingham’s eyes and hair is not known, nor is his skin tone, so Morrison had to improvise those elements.

At the completion of the reconstruction, Bellingham was given a contemporary haircut, along with sideburns, which are evident in illustrations made of Bellingham. For added realism, he was adorned with an old-fashioned Jabot-type necktie and a dark woollen Crombie overcoat with the collar turned up.

It’s difficult to know if this is exactly what Bellingham looked like. If you squint really hard, the reconstruction does bear a resemblance to some of the illustrations made of him. Admittedly, his face does look a bit… off, but that could be an artefact or limitation of the digital restoration. But as Morrison observed, the skull did have some distinguishing features; it’s quite possible that Bellingham had a peculiar look to him.

Regardless, it’s a fascinating exercise — one that transports us to another era and better connects us to people from this time period. Even if they were cold-hearted killers.