Marvel’s Spider-Man already gave us one of the most fascinating takes on the world of the webslinger in any medium — and it’s back at it again with the first of three new downloadable story chapters revolving around the legendary thief Felicia Hardy, the Black Cat. But so far, Felicia herself is proving to be almost frustratingly mysterious.

The City That Never Sleeps: The Heist is more about setup for what’s to come than it is telling its own story. Set after the primary events of the game, it sees the power vacuum — created by both Kingpin’s incarceration in the game’s opening and the attack of the Sinister Six in its climax — being filled by the various crime families of New York, most notably comics supervillain Hammerhead and the Maggia syndicate.

As Peter and Mary Jane investigate, Spider-Man crosses paths with a familiar face from his past: Felicia Hardy (played by Erica Lindbeck), better known as thief extraordinaire Black Cat. 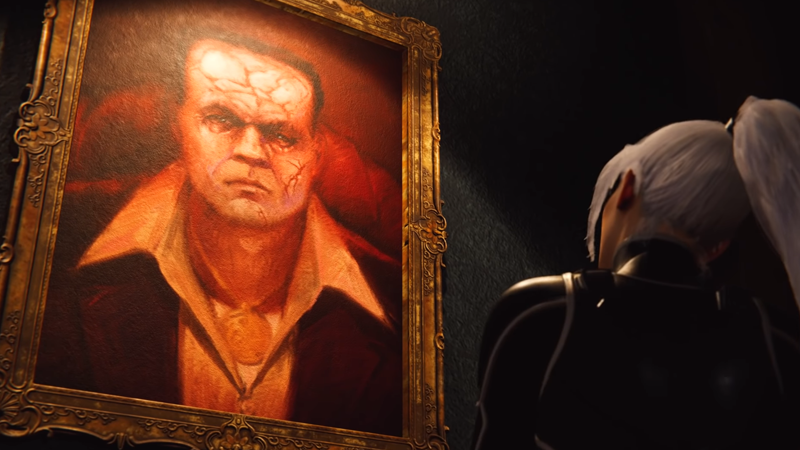 Hammerhead lingers all over the first chapter of The City That Never Sleeps. (Photo: Sony/Insomniac Games)

This uneasy relationship sits at the core of The Heist, and true to Marvel’s Spider-Man’s commitment to telling a story that is both a Spider-Man and a Peter Parker narrative all at once, it balances the duality of Peter and Felicia’s prior romantic entanglements along with his attempts as Spider-Man to turn her into a heroic vigilante instead of a superthief.

But to the point of almost frustration, a lot of The Heist’s most crucial story moments between the two favour retreading familiar ground with Peter’s own emotional arc rather than really exploring Insomniac’s own take on Black Cat.

Early on in The Heist, Felicia reveals to Peter that the reason she’s working with Hammerhead to swipe important data drives (the key to unlocking a shared vault of crime family riches, intended to keep them all in check) is because Hammerhead is holding her own son hostage: a son whom she is very reticent to tell Peter he could be the potential father of.

It is glaringly obvious to the player that Felicia’s lying because she’s Felicia Hardy, and either stealing things or lying to Peter Parker is practically her primary reason for being in the comics. But because Peter is Peter — the earnest goofball who will always, no matter the case, strive to see the good in someone — he trusts her immediately. 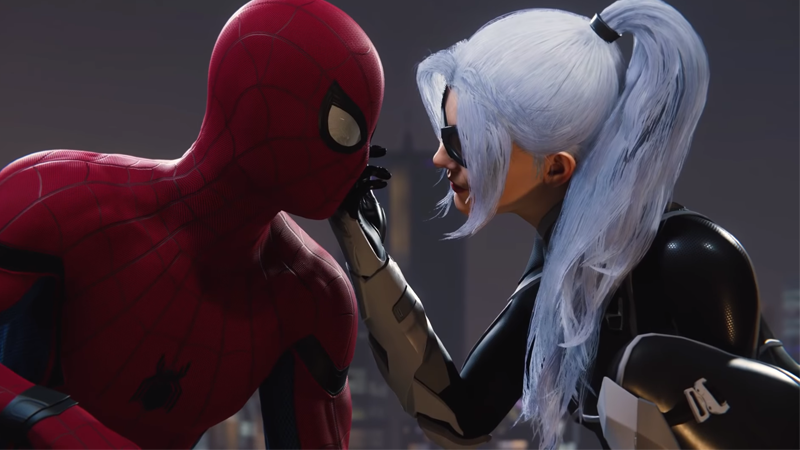 Oh, and yes — the Homecoming suit is still the best suit in the game, thanks for asking. (Image: Sony/Insomniac Games)

This leads Peter to spend most of The Heist being a paranoid wreck, as Felicia leads him on a merry chase to get the drives and rescue her apparently captive son. Is he really a father? Will that change his rekindled relationship with Mary Jane? How could Felicia not tell him he had a son?

Juxtaposed with the rest of Marvel’s Spider-Man’s grand themes of mentor/mentee relationships — which you’re reminded of frequently in The Heist, as Miles Morales keeps calling Pete to ask when he can start teaching him how to use those spider-powers he picked up during the climax of the main game — it’s another avenue to explore the ceaselessly compassionate, can-do attitude that makes Spider-Man the hero he is.

But the focus is explicitly on Peter more so than it is this particular version of Felicia. We don’t really learn much about her beyond the drive to get, err, the drives — she exists as a catalyst for Peter to freak out over, rather than a character we really get to spend time with.

One of the biggest joys of the main story in Marvel’s Spider-Man was how it played with what we knew from decades of familiarity with the comics to build unexpected narrative arcs with a whole host of characters from across Spidey’s expansive supporting cast.

But what little we get of Felicia just feels like it’s in line with the same old Black Cat we’ve always seen: Sneaking into Spidey’s life, repeatedly playing him for the goodhearted chump he is and slinking back out. So when she eventually reveals to Peter that she was indeed lying and there is no child being held hostage — and that she’s playing both Spider-Man and Hammerhead to swipe the Maggia and other crime families’ riches for herself — it’s not really a surprise.

There’s no tragic buildup like there was with the arcs of characters like Martin Li or Otto Octavius in the main game — it’s almost disappointingly expected.

Sure, it’s well told, and the chemistry between Peter and Felicia is great, even if lopsided in Peter’s favour, but so far it lacks the surprise that made Marvel’s Spider-Man so charming in the first place. 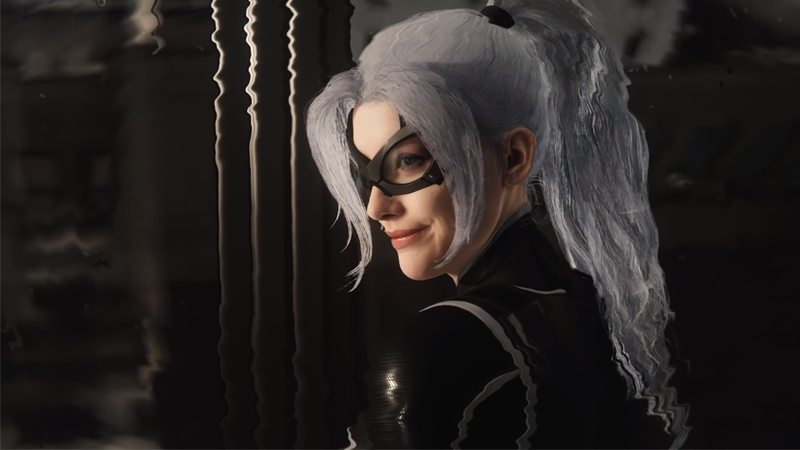 Felicia, moments before she seemingly loses one of her nine lives in the closing moments of The Heist. (Image: Sony/Insomniac Games)

But The Heist takes you about all of two hours to play through, compared to the 15-20 hours the main story of Spider-Man has to weave its tale. And it’s also very clearly the first chapter of a longer story, given that it ends on the cliffhanger of Felicia seemingly being blown up at her New York penthouse, after Hammerhead realises she’s double-crossed him.

So suffice it to say, there’s still plenty of time to get to know this specific iteration of Black Cat a bit better, and for Insomniac to peel back the layers that could make this interpretation of Felicia Hardy truly their own. But as a first taste of what to expect, The Heist keeps Felicia frustratingly out of reach, like a cat that’s got your tongue.