Scathing Report Accuses The Pentagon Of Developing An Agricultural Bioweapon 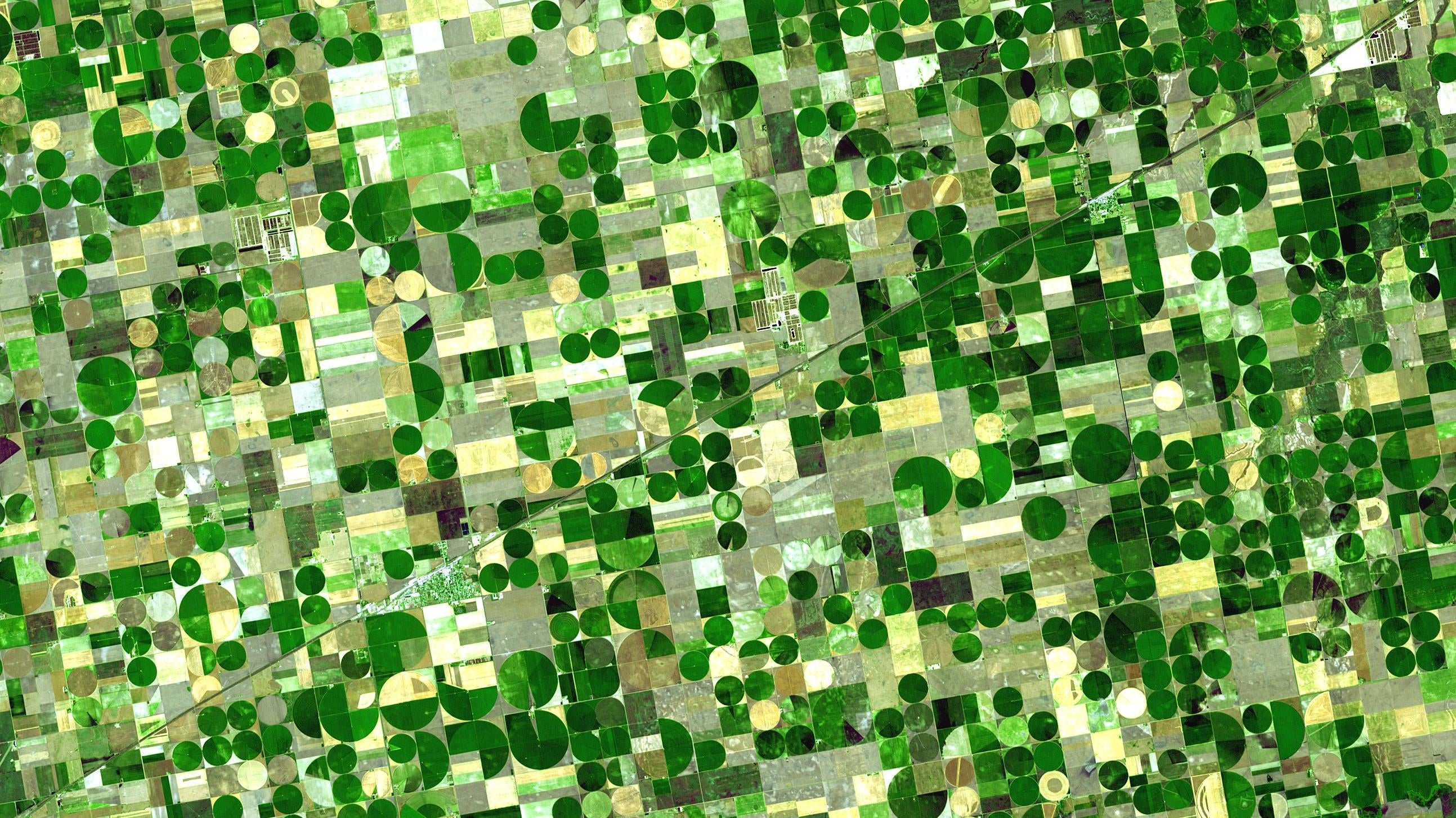 A new technology in which insects are used to genetically modify crops could be converted into a dangerous, and possibly illegal, bioweapon, alleges a Science Policy Forum report released today. Naturally, the organisation leading the research says it’s doing nothing of the sort.

The report is a response to a ongoing research program funded by the US Defence Advanced Research Projects Agency (DARPA). Dubbed “Insect Allies,” the idea is to create more resilient crops to help farmers deal with climate change, drought, frost, floods, salinity, and disease.

But instead of modifying seeds in a lab, farmers would send fleets of insects into their crops, where the genetically modified bugs would do their work, “infecting” the plants with a special virus that passes along the new resilience genes.

If you think this sounds scary, you’re not alone. The lead author of the new Science Policy Forum report, Richard Guy Reeves from the Department of Evolutionary Genetics at the Max Planck Institute for Evolutionary Biology, Plön, says the Insect Allies program is a disturbing example of dual-use research in which DARPA, in addition to helping out farmers, is also working on a potential weapon. When contacted by Gizmodo, DARPA denied the accusations made in the new report, saying it’s filled with inaccuracies and mischaracterisations.

The technology at the heart of this research could herald an entirely new way of genetically modifying crops. Instead of having to wait for a plant to pass its newly-acquired traits onto the next generation, genetic changes would be imposed upon living organisms, a process known as horizontal genetic alteration. Hence the technology’s name — Horizontal Environmental Genetic Alteration Agents, or HEGAAs.

For HEGAAs to work, a lab-developed genetic modification needs to be inserted into the chromosome of a target organism. And that’s where the insects come in. The system would utilise leafhoppers, whiteflies, and aphids genetically altered in the lab using CRISPR, or some other gene-editing system, to carry an infectious virus to pre-existing crops. Each plant would be infected with a transgene, triggering the desired gain-of-function, such as improved resistance to drought or frost.

Insect Allies was announced in November 2016, and it currently involves research contracts in excess of $US27 ($38) million. DARPA is funding four teams (not three, as claimed in the report), namely the Boyce Thompson Institute, Ohio State University, Pennsylvania State University, and the University of Texas, Austin. The defence agency maintains that “all work is conducted inside closed laboratories, greenhouses, or other secured facilities,” and that the insects will have built-in lifespans to limit their spread.

DARPA is hoping to see tests done in greenhouses in as few as two years, with maize being a high-priority crop. Needless to say, there are concerns about how this technology might be used — especially in consideration of its primary source of funds, namely DARPA, and by extension, the Pentagon.

“It is our opinion that the knowledge to be gained from this program appears very limited in its capacity to enhance US agriculture or respond to national emergencies,” write the authors in the new Policy Forum. Instead, they say, “the program may be widely perceived as an effort to develop biological agents for hostile purposes and their means of delivery, which — if true — would constitute a breach of the Biological Weapons Convention (BWC).”

Reeves and colleagues contest the use of insects as a vehicle for genetic enhancement is a dreadfully bad idea because they can’t be controlled, and that overhead sprays to deliver the HEGAAs would be more prudent. DARPA, on the other hand, says insects are the only practical solution, as overhead spraying of HEGAAs would require infrastructure that’s not available to farmers.

The Policy Forum piece also notes how transgenic virus-infected and genetically altered food crops could, conceivably, be made available to national or international markets, and that no regulatory framework exists to handle this.

But it’s the “secondary intention” alluded to by DARPA that’s raising the most serious flags — the use of HEGAAs as a defensive response to threats. As DARPA explained at the onset of the project, emphasis ours:

National security can be quickly jeopardised by naturally occurring threats to the crop system, including pathogens, drought, flooding, and frost, but especially by threats introduced by state or non-state actors. Insect Allies seeks to mitigate the impact of these incursions by applying targeted therapies to mature plants with effects that are expressed at relevant timescales — namely, within a single growing season.

Such an unprecedented capability would provide an urgently needed alternative to pesticides, selective breeding, slash-and-burn clearing, and quarantine, which are often ineffective against rapidly emerging threats and are not suited to securing mature plants.

The authors of the new report interpret this as “an intention to develop a means of delivery of HEGAAs for offensive purposes,” such as engaging in biological warfare. The introduction of this technology, the authors argue, would herald the advent of an entirely new class of biological, insect-dispatched weapons that could conceivably be used to introduce various deleterious characteristics. The authors further warn that this technology could motivate rival nations to develop similar programs.

In response to a Gizmodo query, a spokesperson for DARPA said it welcomes academic dialogue about the Insect Allies program, but the agency rejects the conclusion of the Policy Forum Piece, saying it’s “misleading and peppered with inaccuracies.” To which the spokesperson added:

We also wish that the researchers had, at any point, contacted DARPA to request information about the program. Insect Allies is a fundamental research program with research being performed by university-led or affiliated teams.

Those researchers are free to publish their results, and encouraged to discuss their research and engage regulators to advance the science in the most responsible and productive way possible. Had DARPA been contacted for information, we would have happily provided it. Additionally… there is abundant information on the program already publicly available.

Blake Bextine, DARPA Program Manager for Insect Allies, rejects many of the claims made in the Policy Forum report.

“DARPA is not producing biological weapons, and we reject the hypothetical scenario,” Bextine told Gizmodo. “We accept and agree with concerns about potential dual use of technology, an issue that comes up with virtually every new powerful technology. Those concerns are precisely why we structured the Insect Allies program the way we did, as a transparent, university-led, fundamental research effort that benefits from the active participation of regulators and ethicists and proactive communication to policymakers.”

The purpose of Insect Allies, he says, is to prepare for the unpredictability of fast-moving or emerging threats to US agriculture. As for the potential environmental impacts of HEGAAs, Bextine says DARPA and its collaborators are doing their due diligence.

“DARPA is extraordinarily sensitive to environmental risks and off-target effects, and has structured the Insect Allies program to identify and mitigate them,” he said. “DARPA has mandated multiple levels of biosafety and biosecurity at each stage of the program.”

Should DARPA’s collaborators succeed in their projects, they will have developed gain-of-function treatments that can be delivered to the “right plants” and the “right tissue,” he said. These traits will be expressed for a limited duration, after which time the plants will return to their original state, according to Bextine. Also, insects could be engineered such that they’d die after just one day.

At the same time, the specificity of the Insect Allies system, he says, contrasts with state-of-the-art technologies for agricultural threat response.

“For instance, sprayed pesticides blow into other areas, seep into groundwater, and can affect more than the intended target,” Bextine told Gizmodo. “When it comes to mature plants like citrus trees, often times the only effective solution to halting the spread of a threat requires destroying plants through slash-and-burn techniques within a given radius.”

“The social, ethical, political, and ecological implications of producing HEGAAs are significant and worthy of the same level of attention as exploring the science underpinning the potential technology,” Delborne told Gizmodo. “The authors argue persuasively that specifying insects as the preferred delivery mechanism for HEGAAs is poorly justified by visions of agricultural applications.

The infrastructure and expertise required for spraying agricultural fields — at least in the US context — is well established, and this delivery mechanism would offer greater control over the potential spread of a HEGAA.”

No doubt, the implications of this pending biotechnology are vast. The authors may be overstating DARPA’s intentions, but the ultimate message of this report is being heard loud and clear: HEGGAs could be very dangerous.