Why Brisbane Is the Cryptocurrency Capital Of Australia 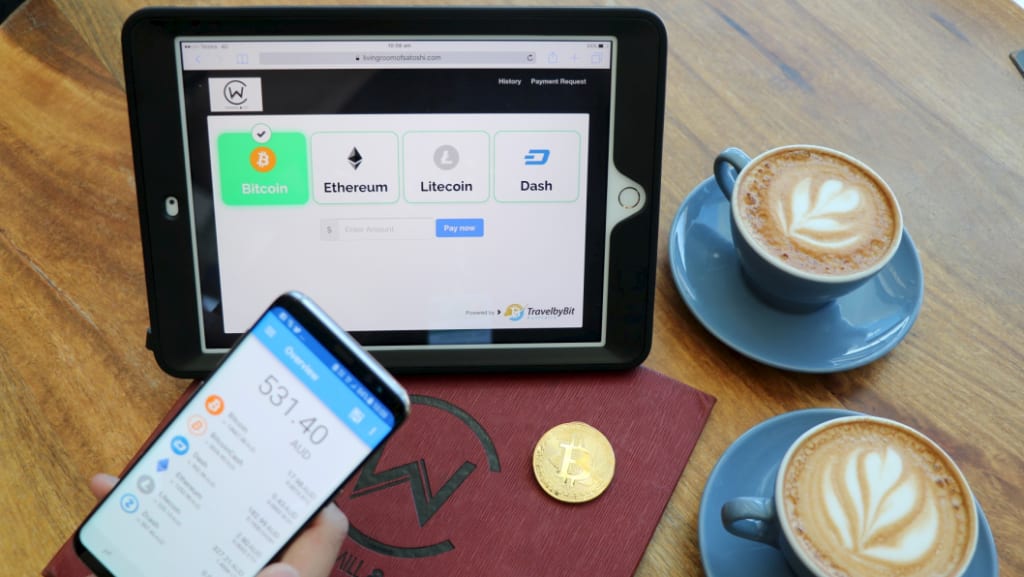 Queensland is banking on cryptocurrency to boost tourism in the state, with a sizeable grant given to a Brisbane-based start-up that will enable visitors to pay for every aspect of their travel using digital currencies like Bitcoin.

The local start-up, TravelbyBit, has received two rounds of funding from the state government and, in turn, has transformed its hometown of Brisbane into one of the most crypto-friendly cities in the world.

TravelbyBit’s digital currency point-of-sale system has been deployed to over 200 merchants across Australia, with at least 60 per cent of those located in Queensland.

.
Paying via Bitcoin at Brisbane Airport.

In May, Brisbane Airport became the first in the world to accept cryptocurrency, enabling travellers to make purchases with digital currencies such as Bitcoin, Litecoin and Ethereum at more than 30 retail and dining outlets located throughout the international and domestic terminals.

In June, the sleepy coastal tourism town of Agnes Water in northern Queensland will became the nation’s first digital currency town. This week the Brisbane Convention and Exhibition Centre will allow visitors to pay for events using digital currencies.

TravelbyBit is now looking at expanding the reach of digital currencies to other tourism spots in Queensland in addition to selling travel experiences online using cryptocurrency.

Queensland’s Minister for Innovation and Tourism, Kate Jones, views cryptocurrency as a vital cog that is “set to drive more tourists to Queensland”.

“That’s why we’ve invested to help them (TravelbyBit) scale-up their operation and ultimately create more jobs in Queensland,” she said. 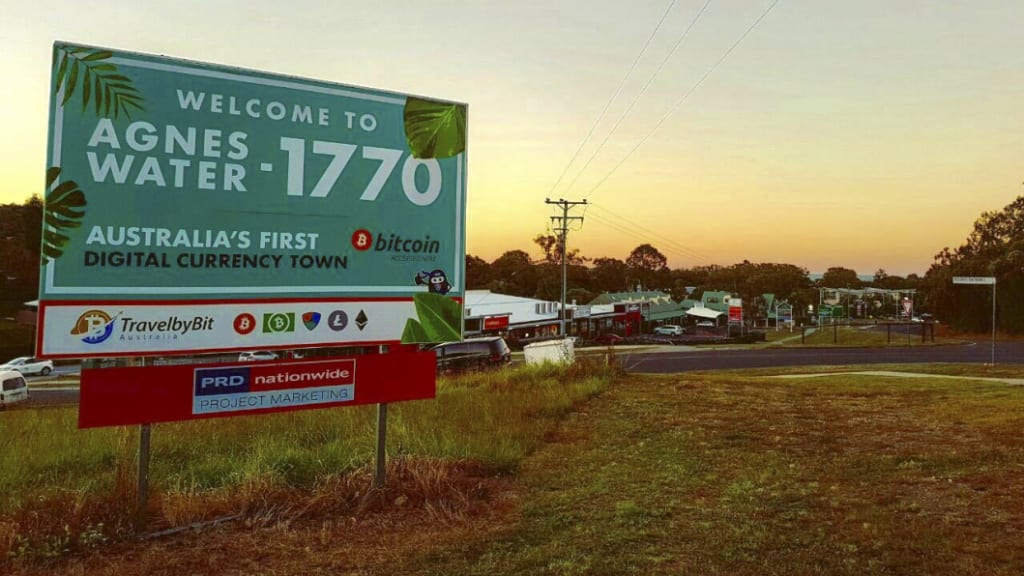 Brisbane isn’t the only Queensland town going big on cryptocurrency.

For tourists, cryptocurrency eliminates the friction normally involved with travel as it removes the risk of having to carry cash, international transaction fees are non-existent and there’s no need to worry about having too much unwanted local currency at the end of the trip. But the main attraction is that it eliminates the biggest risk normally associated with travel: credit card fraud.

In 2017, transactions made on Australian cards totalled more than $748.1 billion, an increase of 5 per cent over the previous year. However, as we spend more than ever on our cards, the rate of fraud is also increasing. Credit card fraud was up 5 per cent, netting criminals $561 million with stolen card details accounting for 85 per cent of fraudulent card transactions.

Here's what it's like to buy an actual real coffee using the #LightningNetwork. Lightning is now live as a payment option at The Botanist Kitchen and Bar #brisbaneairport Spoiler: it works 🙂 Thanks @TravelbyBit and @roomofsatoshi pic.twitter.com/yT0Zipc0e0

TravelbyBit CEO Caleb Yeoh says that digital currencies don’t share the same security flaws as credit cards, as no personally identifiable information is handed over to the merchant.

Yeoh says that cryptocurrency also offers a number of benefits to businesses, as there’s no risk of the transaction being reversed in the event a customer pays with a stolen credit credit card, and there’s no merchant fees or any point-of-sale rental costs either.

“Whether you’re a business or the customer, all you need is a smartphone to transact with digital currencies.” 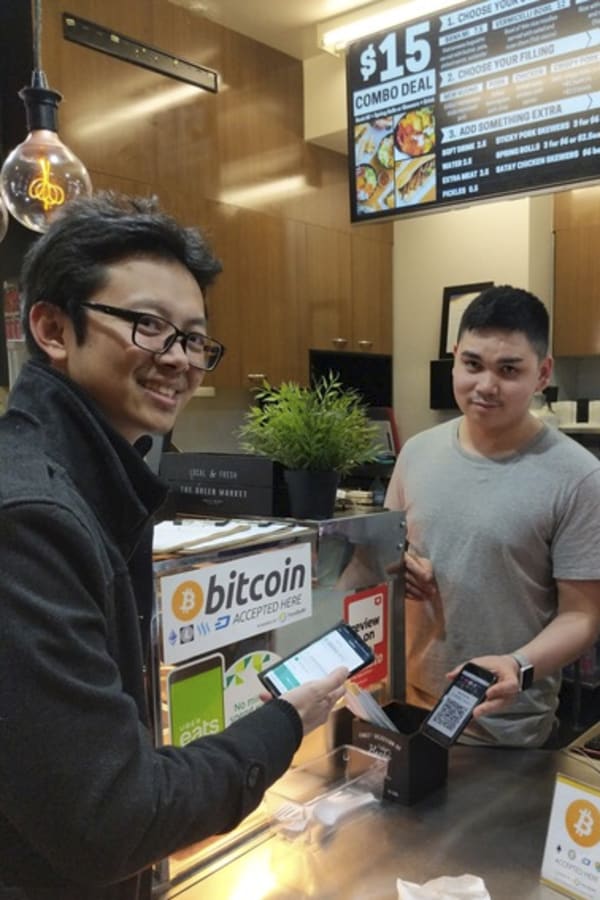 The low barrier to entry means it opens the door to businesses located in places off the beaten path where there is no credit card services or ATMs and carrying cash is the only option. Yeoh’s own experience in such a scenario is what spawned the idea of TravelbyBit.

“I was wandering through Kalpitiya in Sri Lanka not long after the civil war had ended. I wanted to extend my stay, but they couldn’t process credit card payments and I had run out of cash. In the end, they let me stay and told me I could pay down the track once I found a way to do so. I thought, that’s nice but that’s not a reliable way to run a business.

“I thought, what if they could just take payment peer-to-peer over a smartphone without the need of an international financial intermediary or credit card service. What if one could carve out an entire adventure just with mobile payments without the risk of credit card fraud?”

It’s still early days for this nascent technology and despite its benefits, digital currency has a long way to go in terms of adoption before it becomes as commonplace as a credit card. The total value of digital currency trading in Australia last year was $5.9 billion, and while that is bigger than most initially believed, it is a drop in the ocean compared to credit card transactions.

It also remains to be seen how much of an impact digital currencies will have on tourism numbers in the long term, though it’s off to a decent start.

The Cafe’s owner Leisa Trickett says that the customer reception to digital currencies had “exceeded her expectations”.

“I’m 60 years old and I think it is going to be the future of international travel. It mightn’t happen in my lifetime, but it is here to stay,” Trickett said.

Other states aren’t as enthused about digital currencies and its potential to attract travellers.

A Victorian Government spokesperson told Fairfax Media that it is leaving the take-up of cryptocurrency to individual businesses.

“While we’re supportive of cryptocurrency, the sector must open itself up to regulators so transactions can be traced and criminal behaviour or nefarious activity prevented, before government supports its mainstream use,” the spokesperson said.

“We have shown we are happy to support the industry growth of the fintech sector here in Victoria, but that is different to utilising cryptocurrency and giving it unequivocal government support.”

“As part of our efforts to make New South Wales the best tourism destination in Australia, we constantly monitor evolving market demands, including those for cryptocurrency,” a Destination NSW spokesperson said.