An Oddly Pukey Update From Aquaman, And Work Begins On The Picard Spinoff 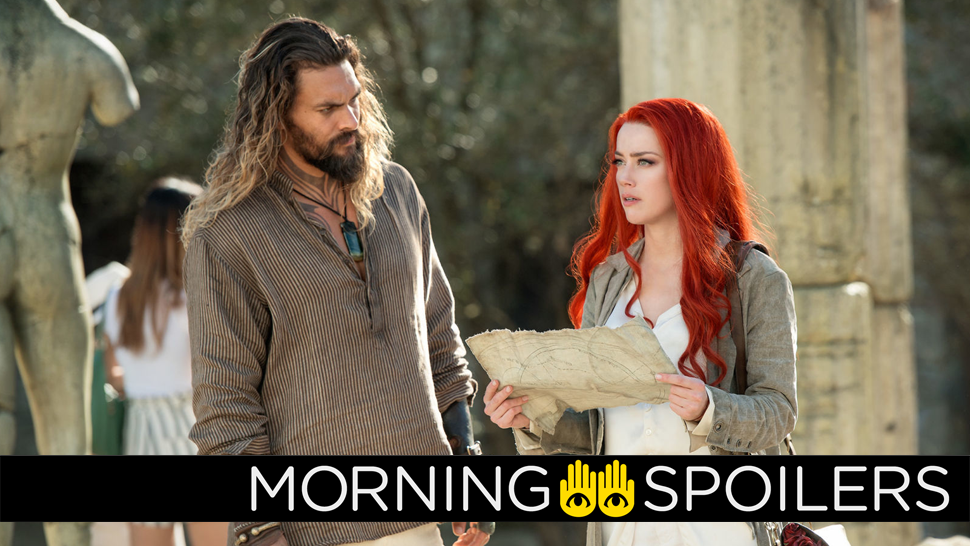 I’m sorry, you have to do <em>what now</em> when you come to the surface world? (Photo: Warner Bros.)

An intriguing new rumour hints at the timeframe of the Black Widow movie. Todd Phillips gives us a new look at Joker. The Birds of Prey movie has a release date. Plus, what’s to come on The Gifted, set pictures from X-Men: Dark Phoenix, and a new clip from Marvel Rising: Secret Warriors. Spoilers now!

People would ask me, you know, “So when they talk, is it bubbles that come out of their mouth?” And I’m like, “No because there’s no air in your lungs, so there wouldn’t be any bubbles.” Right? So then in that sequence where you saw Mera open up this air pocket… when [Orm] lands in that, he’s breathing air. The first thing he does is, he’s in an air pocket, so he’d puke out all the water that’s in his lungs. So that’s the first step. We think about all these little details and stuff like that. And then when he’s screaming [when the water returns], we want bubbles coming out of his mouth because now there’s actually air in his lungs.

A new rumour from Marvel Cosmic alleges that, of all things, the Y2K bug will somehow, for some reason, factor into the Black Widow solo film’s plotline.

The Hollywood Reporter reveals WB’s Birds of Prey is now slated for a 7 February 2020 US release date.

Todd Phillips has our first look at Zazie Beetz in Joker.

So excited to be working with @zaziebeetz. Joker. [email protected]

Phillips also shared a new photo of Joaquin Phoenix as a bummed out clown.

Professor X and Magneto play another game of chess in a pair of new set photos.

Production has officially begun on the latest Charlie’s Angels reboot.

Steven Ogg plays an asteroid miner hurtling toward the Sun in the trailer for Carl Strathie’s Solis.

Patrick Stewart has revealed the writers of the upcoming Jean-Luc Picard spinoff on Twitter.

Ms Marvel, Squirrel Girl and Tippy-Toe pursue a mugger in a new clip from Marvel HQ. You can watch a fun featurette with Captain Marvel here.