This Pencil-Drawn Thanos Is Beautiful And Very Angry

The Mad Titan is intimidating, and, well, kinda sexy, whether he’s motion-capped CGI or, in this case, hand-drawn pencil art.

Artist Gurekbal Bhachu has shared an incredible pencil portrait of Thanos, particular Thanos as portrayed in the Marvel Cinematic Universe, a furious frown on his face and the Infinity Gauntlet in his clenched fist, ready to bring down his wrath on creation.

Two and a half months, around 20 different shades of pencils and now finally a drawing of Thanos pic.twitter.com/NPqfKryIAr

The portrait, which according to the artist used “around 20 different shades of pencils” is lushly detailed, turning every crease and frown line on Thanos’s alien face into something mesmerising. It was drawn, as Bhachu tweets, with Prismacolor Premier pencils and an ultra-fine paint pen for highlight work. Frankly, Thanos has never looked so scary or engrossing to me.

The art, which has become, rightfully, pretty popular, is available as a print on Bhachu’s website here. See the full print below, and thanks to Gurekbal Bhachu for permission to feature the art on Gizmodo. 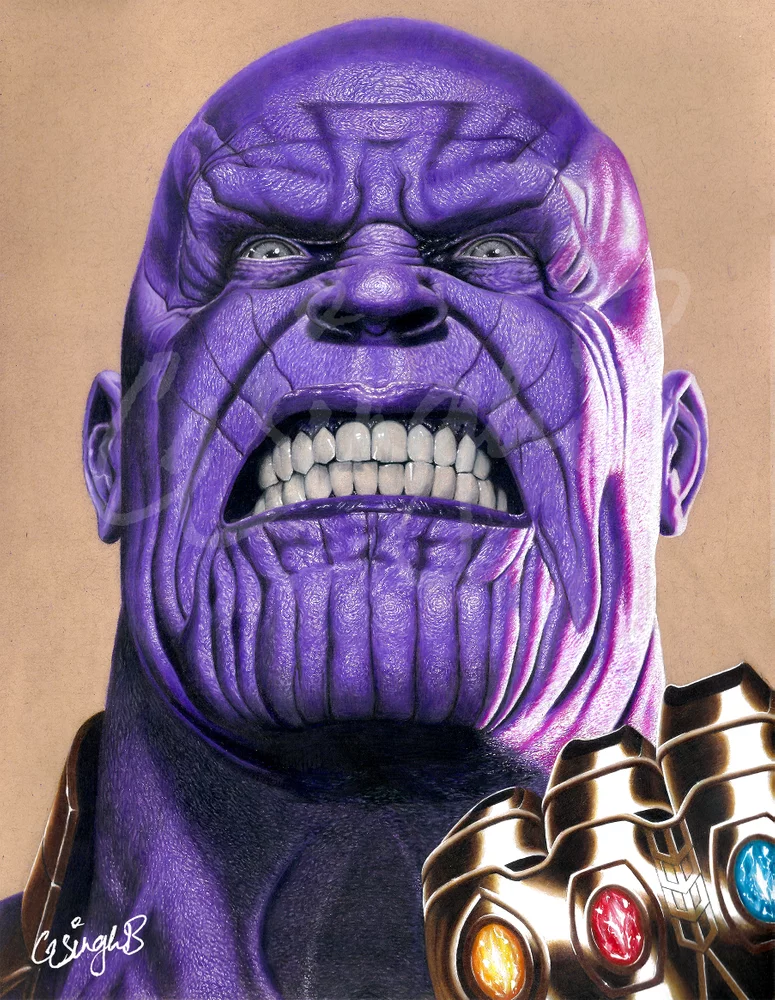 Look at those veins in his neck. (Illustration: Gurekbal Bhachu)

Check out more of the artist’s work, which includes more superhero portraits, on his online store.