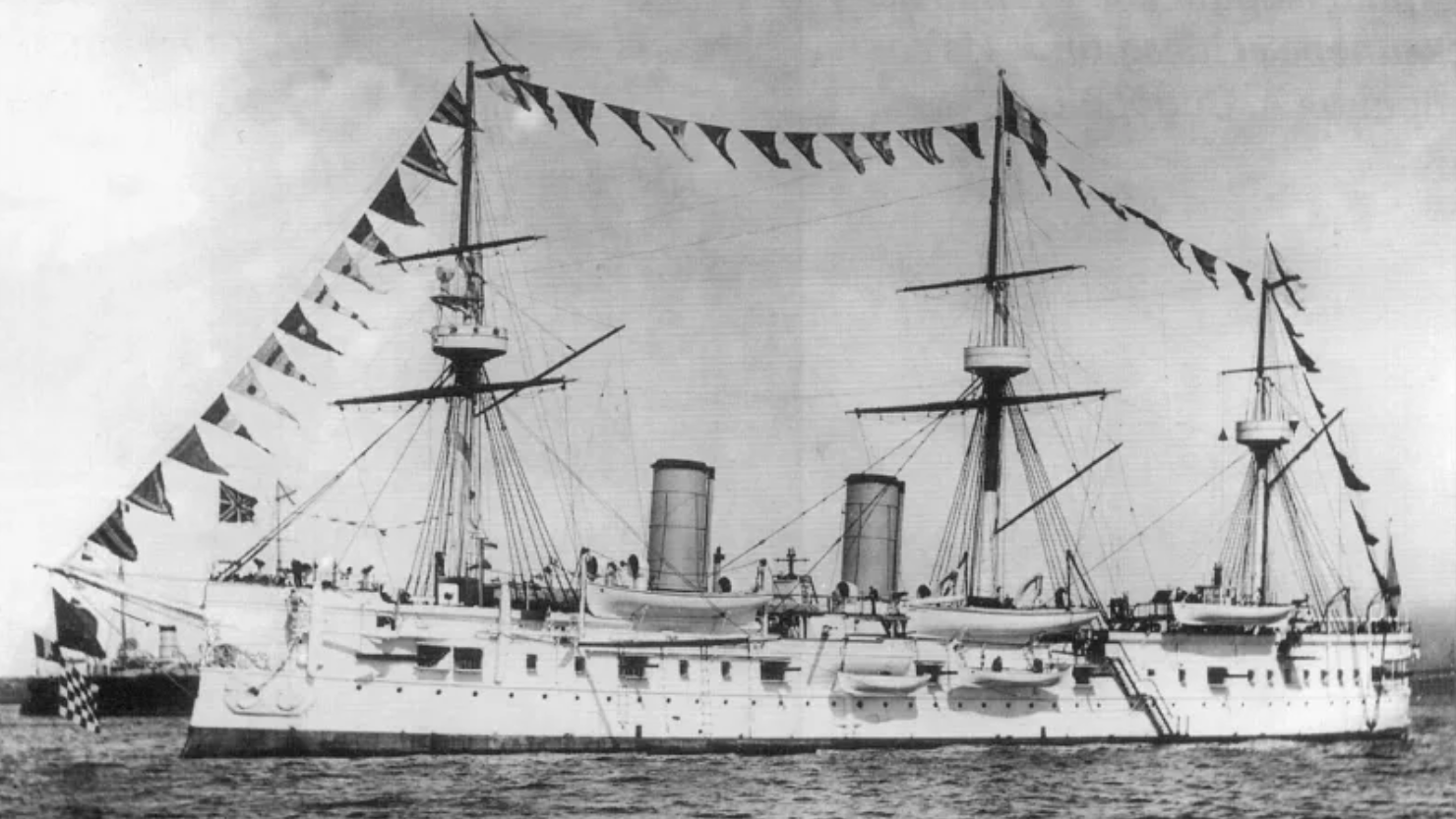 Last month, a sunken Russian warship believed to have been carrying billions of dollars worth of gold was “discovered” by a South Korean company that immediately started making claims of how it was going to distribute its found treasure. Now, police are investigating leaders of the company and have reason to believe it was all a cockamamy scheme to boost a new cryptocurrency company.


The Dmitrii Donskoi was a Russian cruiser that was deliberately scuttled by its captain after taking heavy damage in the Battle of Tsushima in 1905. Over the years, rumours spread that the ship was carrying 200 tonnes of gold, an amount that’s estimated to be worth $US133 billion ($182 billion) today.

In July, a South Korean salvage team working for a company called the Shinil Group claimed to have discovered the ship’s wreckage and showed off video footage taken by robotic submarines. The team did not bring back gold, but said they had seen a “treasure box” on the ship.

Then everything about the story started to fall apart.

This caused a bit of chaos in Korean markets because, according to The Korea Herald, the Shinil Group was founded on July 1, it has the same name as a different company in Singapore, and there was some confusion that it was related to a local company, Jeil Steel. The steel company’s stock exploded and quickly sank when it issued a statement saying it has no involvement with the Shinil Group.

As all of this was going on, the government-run Korea Institute of Ocean Science and Technology (KIOST) was telling reporters that it had already discovered the ship’s wreckage in 2003. According to Reuters, a spokesperson for the Shinil Group said: “KIOST’s claim to have found the wreck was ‘fraudulent’ and that the existence of gold is backed up by historical records.”

More bizarre twists and outrageous claims kept coming, culminating in a July 26 press conference in which company President Choi Yong-seok told reporters, “There’s no way for us to figure out whether there would be gold coins or bars on the Donskoi,” and that the company’s previous claims were based on speculation and media reports.

He also said he’d only become president a few hours before the conference and the other members of leadership had resigned.

What most Western reports missed is that the “shareholders” the Shinil Group was saying would receive dividends from the treasure were actually people who were buying into its cryptocurrency. On Thursday, Yonhap News Agency reported that police have interviewed Choi Yong-seok and his predecessor, Rhu Sang-mi.

Its Singapore-based affiliate at the time allegedly tried to sell investors cryptocurrency issued based on the potential value of the shipwreck.

The firm attracted investors by saying the currency’s value will be jacked up to 10,000 won by the end of September this year from the current 200 won.

Rhu Seung-jin left South Korea in 2014 under allegations of fraud and is believed to be in Vietnam. Authorities have requested Interpol put him on its international wanted (Red Notices) list.

It’s still totally unclear how this scam was supposed to work aside from just getting some quick money from some suckers and taking off. Shinil Group’s website is down, and the initial YouTube video of the shipwreck has been deleted from YouTube.

The fact is, we don’t know that this was a scam, but it certainly looks as though it is. And scams almost always prompt the question, “How did they think that would possibly work?” From Enron to Bernie Madoff, people get away with some crazy things until they don’t.