Probiotic Supplements Might Be Giving Some People ‘Brain Fog’ 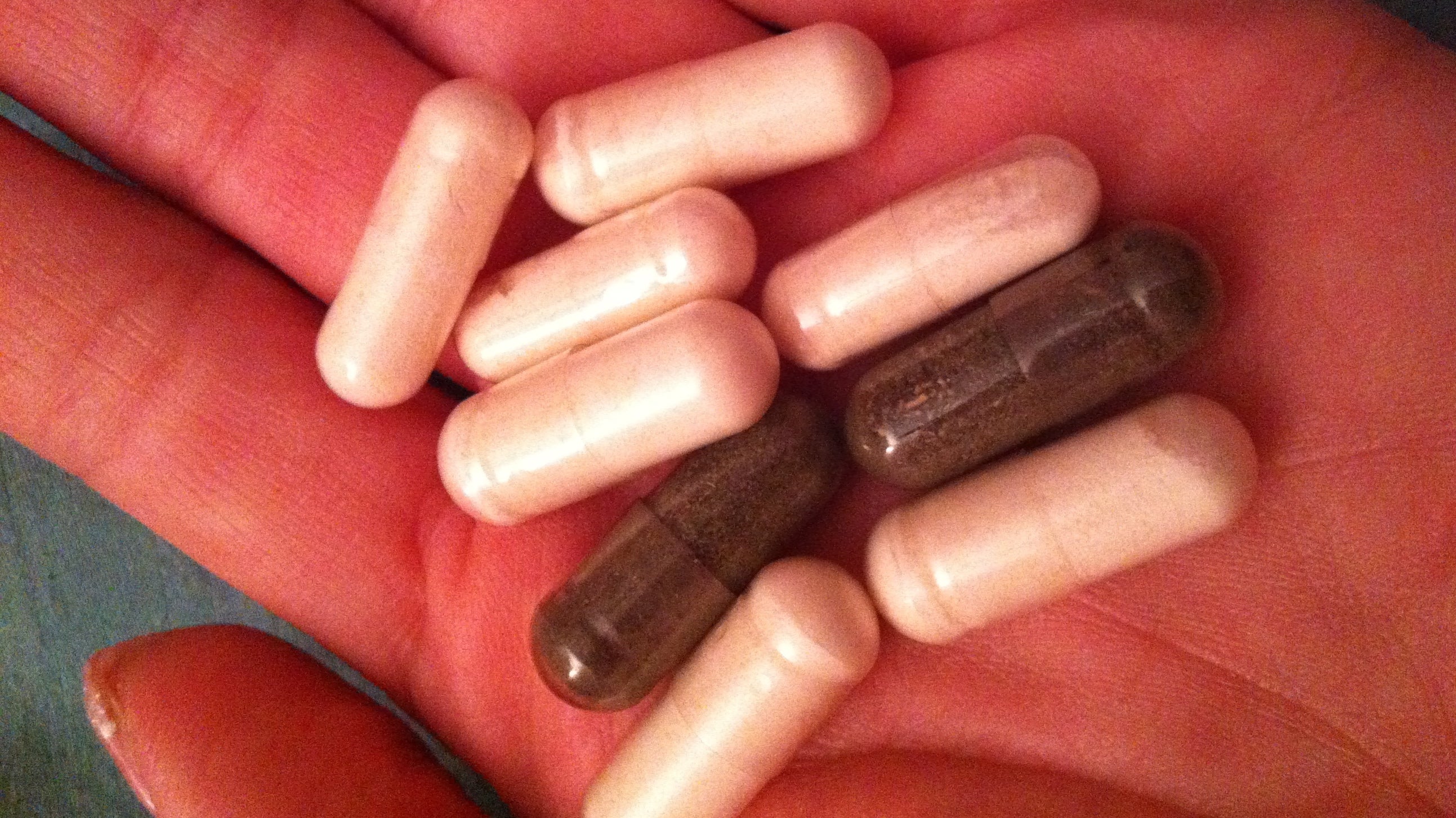 Given their current popularity, you might assume that probiotics — capsules containing a mix of “good” bacteria that are said to rebalance our gut’s bacterial content — would be perfectly harmless. But a team of gastroenterologists from Augusta University in Georgia is challenging that assumption. Their recent study is the latest to suggest some people who take probiotics can develop a strange collection of symptoms, including gas, diarrhoea and “brain fog”.


Starting around 2012, Statish Rao and his colleagues at the Medical College of Georgia, a medical school under the umbrella of Augusta, came across a peculiar type of patient. They would complain of becoming bloated and having abdominal pain almost immediately after eating, their stomach visually popping out like a certain Willy Wonka character.

But more bizarrely, they’d also become mentally confused and unable to concentrate or remember anything, as if their minds were stuck on the spin cycle.

These frightening episodes only lasted for a few hours at most, but there was no clear explanation for them. Their health was fine otherwise, and test results for any known medical conditions that could be causing them came back negative.

But when the doctors looked for various toxic substances that the body could have been producing, they found a possible culprit: D-lactic acid.

Our gut bacteria can sometimes produce too much D-lactic acid through fermentation when they’re overfed with carbohydrates that aren’t properly digested by the small intestine that leads to the colon. The body can build up so much d-lactic acid that it spills into the blood, where it can damage the body and brain — a condition called D-lactic acidosis.

This rare condition is known to happen in people whose small intestine has been shrunk or damaged by injury, bariatric surgery or disease.

But Rao’s patients had seemingly normal guts. And the only thing they had in common, the team eventually realised, was that they all loved taking probiotics. “That was the final piece of the jigsaw puzzle,” Rao said.

In 2014, Rao’s team published a pilot case study on seven of these patients. Their latest paper, published in Clinical and Translational Gastroenterology, expanded that to 30 patients seen by the doctors over the past three years.

They compared these patients with a smaller sample of seven patients who had similar gastrointestinal symptoms but no brain fog, using them as a pseudo-control group. All of the 30 patients with brain fog reported taking probiotics (some ate probiotic-filled yoghurt as well), while only one in the control group did.

In the brain fog patients, the team theorised, the normally friendly bacteria found in probiotics and yoghurt meant to colonise the colon had somehow migrated to the small intestine instead. And the microbes, hardly ones to turn down a good meal when they see it, then gorged on the ample new source of carbs provided by a hearty lunch, and became ever-growing fermenting machines.

Most of the brain fog group had signs of D-lactic acidosis. They also had too much bacteria in their small intestine, known as small intestinal bacterial overgrowth (SIBO). Interestingly enough, four of the non-brain-fog patients also had either condition.

Rao’s team asked the patients in both groups taking probiotics to stop taking them; those who had D-lactic acidosis or SIBO were also given antibiotics meant to target the bugs that produce D-lactic acid. These bacteria, such as Lactobacillus, survive most standard antibiotics, which might explain why earlier treatments hadn’t worked.

Three months later, 70 per cent of the brain fog group reported feeling much better, with 85 per cent now claiming the brain fog had disappeared completely. The same degree of improvement was also seen in the four patients without brain fog who were treated with antibiotics.

Despite the mostly happy ending, there are still a lot of questions about what Rao and his team have seemingly discovered. Chief among them: How did this illness, which Rao is calling small intestinal encephalopathy, happen in the first place?

Probiotics have been suspected of causing D-lactic acidosis in people who have shortened small bowels, but that wasn’t a problem for Rao’s patients. Some of the patients did have a slow-moving digestive system, and all of those patients had SIBO. Some were also taking opioids, which can slow down digestion of solid foods, or proton pump inhibitors (these drugs reduce gastric acid and are used to treat ulcers or heartburn), which can promote bacterial growth. So these could be possible risk factors.

But given how relatively little we know about how probiotic use can affect the body, or even how safely they’re produced, Rao said, there’s really no telling just how often the bacteria we swallow from these products can end up where they’re not supposed to go and cause problems.

“Who is to say that these bacteria will not colonise the small bowel? Nobody. Nobody knows that answer,” Rao said.

Because of the novelty of these findings, more work is needed to confirm that this syndrome actually exists and is caused by probiotic supplements. Only then can we figure out just how serious and common of a problem it might be.

To that end, Rao’s team is planning to conduct a prospective study, one that will try to trace a direct cause-and-effect link between probiotic use and the risk of developing these symptoms. They will also more extensively follow up with their treated patients. “We will look for that ultimate proof,” Rao said.

For now, Rao’s work these past few years has already made him much more guarded about probiotic use — a cautious scepticism he hopes others will consider.

“I do believe they have beneficial effects… I even use them in my practice as well,” Rao said. “I use them in very selective conditions, however — in people with dietary illnesses or who have taken antibiotics and had their balance of gut flora messed up. But this indiscriminate use of probiotics for any GI-related issue, I think, is a major problem.”