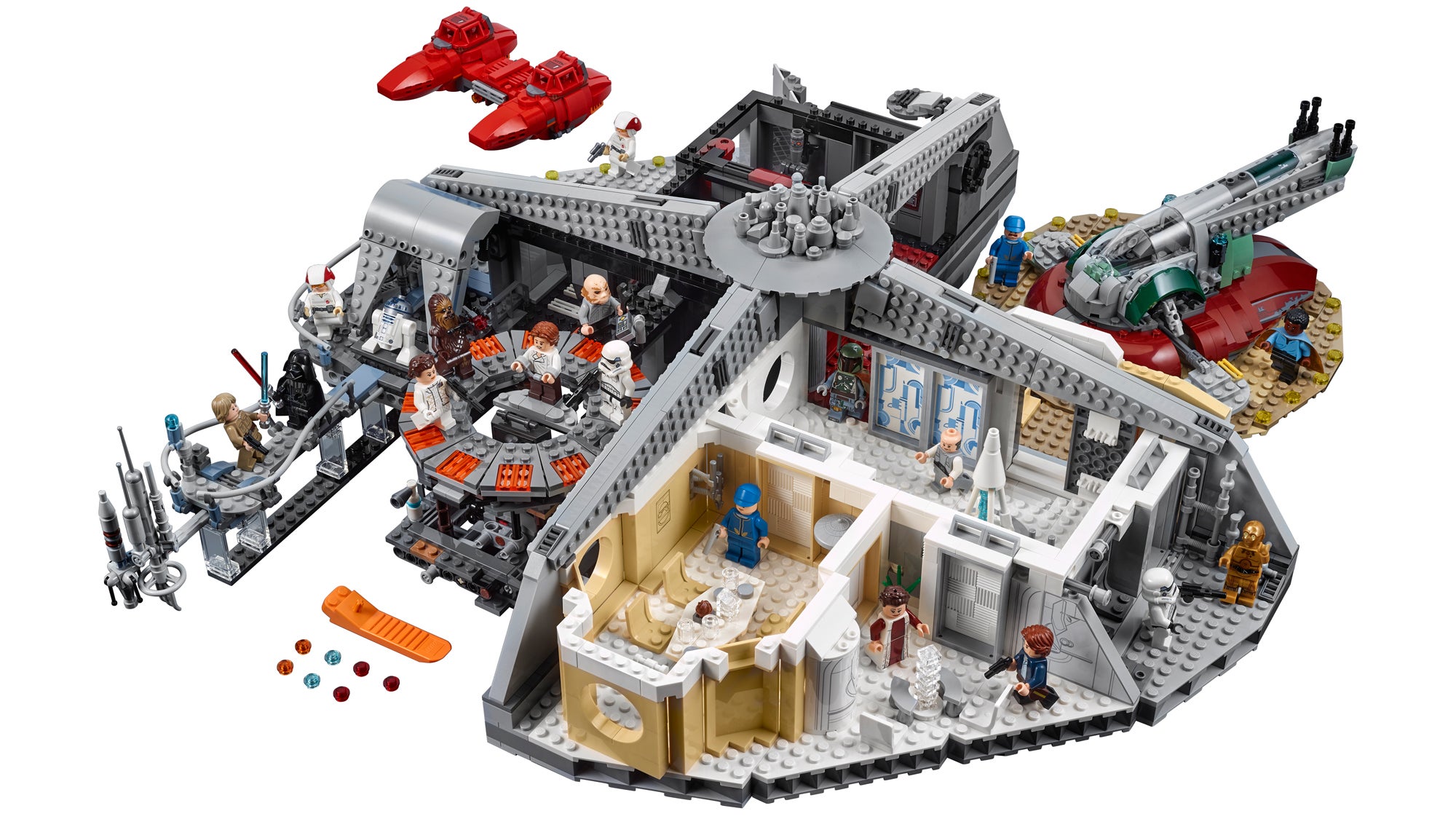 Taking a cue from SUVs, fast food joints, and smartphones, Lego continues its Master Builder Series supersizing efforts with this new Betrayal at Cloud City set that clocks in at a hefty 2,812-pieces and recreates multiple scenes from Star Wars: The Empire Strikes Back. It even includes Slave 1 so Boba Fett can haul Solo’s frozen body off to Jabba.

It absolutely dwarfs the 698-piece Cloud City set that Lego released back in 2003, and to make up for the lack of any actual clouds, it’s packed with every detail a Star Wars fan could need to re-enact the most climactic moments from The Empire Strikes Back. The only thing missing is a gasping audience when Vader reveals (spoiler alert!) he’s Luke’s dad.

Betrayal at Cloud City includes a dining room with a table where Vader can confront Leia and Han, a promenade for shootouts with Stormtroopers, a garbage room with an incinerator where Chewie can rescue C-3PO, and a circling cloud car protecting the towering city.

The set’s also got an interrogation chamber, a prison cell, and the all-important, over-dramatic carbon freezing chamber where Han can be turned into a popsicle and then carted away by Boba Fett. And last but not least, there’s the balcony where Luke learns about his father and how much he loved having two hands.

Lego’s also included 18 minifigures with multiple facial expressions and costumes, as well as two droids: R2-D2 and a de-activated IG-88. The Millennium Falcon and Luke’s X-wing didn’t make the cut (your other sets will have to join the party), but the scaled-down version of Slave 1 that did could almost be a standalone set in and of itself. It also helps explain Betrayal at Cloud City’s $US350 price tag when it’s available starting on October 1—no one would judge you for betraying your friends if the Empire helped you afford this one.