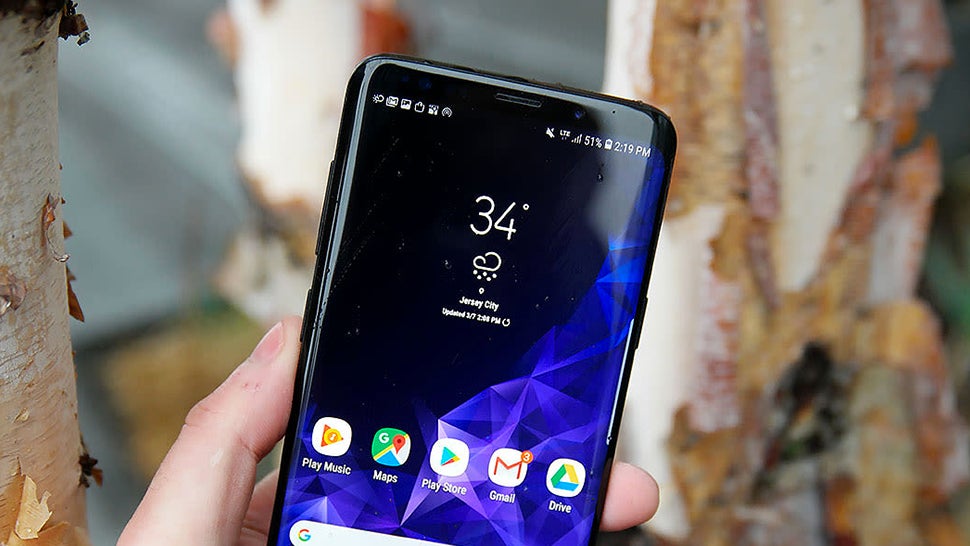 Our phones affect our lives in all kinds of ways, from socialising to travel, but these ever-present pocket gadgets can also act as early warning devices for a host of important alerts — from life-saving notifications to convenient warnings about your commute. Here we’ll show you what’s possible, and which apps you’ll need.

Few of life’s minor annoyances are quite as annoying as going out without an umbrella and then getting hit by a storm five minutes after leaving home. Your smartphone can help by warning you when bad weather is approaching.

If there’s a different weather app that you particularly like and have grown attached to, check inside the settings or across the tabs to look for weather warnings — most will now give you a heads-up if inclement or even life-threatening weather is approaching.

2) Traffic on your route

This might be one you’re already familiar with: If there’s traffic on a route you’re about to take, your phone can warn you about it before you actually load up the directions on your handset and see the red lines that indicate congestion.

Google Maps (Android, iOS) is the best at this and has been for some time. If you give the app the relevant information, such as where your office and home locations are, it will pop up with a notification if it thinks there’ll be traffic on one of your regular routes.

For example, if the route to work is particularly snarled up one morning, or there’s an event planned near you that might affect your weekly shop, Google Maps can warn you. Just make sure notifications are switched on in the app settings.

A whole host of apps and gadgets can now let you know when something is happening at home and you aren’t there — and they all rely on pinging your phone to alert you to suspicious goings-on. There’s plenty of decent gear out there, so you should be able to put together something to suit your needs.

Solutions from the likes of Piper, Canary, Samsung’s SmartThings, Nest, and Arlo will happily ping your phone to warn you about something happening back at the ranch. Check the features and prices to see which one might be best for you, as that largely depends on what else you’re looking for besides motion alerts.

All of these systems work in slightly different ways but follow broadly similar lines. Many options let you adjust the sensitivity of the motion sensors or even go as far as recognising faces to cut down on the number of false alarms you receive.

4) Your car gets stolen

There’s no getting around the fact that having your vehicle stolen is a distressing experience for anyone, but you might find some silver lining in the cloud if you can get alerts the moment that the deed happens.

A number of different options are available for this, but one of the most comprehensive that we’ve come across is Kahu (Android, iOS). It’s actually a complete vehicle recovery service, and the apps are just part of the package, ready to warn you whenever your car leaves a certain area on a map.

The solution as a whole includes a 24/7 concierge service to help try to get your motor back, as well as real-time GPS tracking and communication with local law enforcement agencies on your behalf.

5) Alerts about loved ones

If you’ve got elderly relatives or friends that you’d like to keep an eye on, there are apps for this, too — apps that will ping you if it looks like someone you know might be in trouble, whether that’s through an accident or a medical emergency. You’ll usually have to pay an ongoing subscription for them though.

Emergency alert systems often work in tandem with a wearable of some kind, and can ping you (and the emergency services) if someone you know has taken a fall, not responded in a while, or pressed an SOS button. The likes of Buddi and GreatCall are two of the best examples, and there’s also the Emergency SOS feature in the Apple Watch or the Ask My Buddy system that functions through smart speakers.

Then there are the apps that will broadcast a message to a preset list of contacts if your phone thinks it detects a car crash (through the accelerometer in the device). One app that does this particularly well (as well as a host of other stuff) is Life360 (Android, iOS), while BikerSOS (Android, iOS) is specifically focused on bikers.

Now that our homes are getting smarter, there are a bunch of apps available to connect to intelligent devices and beam out warnings based on certain criteria, like the motion sensing systems we covered above. You can also get alerts if it looks like something has gone wrong with your heating at home.

Smart thermostat systems from the likes of Ecobee and Nest can be configured to beam out warnings if temperatures reach a certain high or low level — and if you can’t find the option you need inside the native apps, IFTTT can often fill the gap with a customised SMS sent to your phone.

Some devices are built to detect problems and send out warnings, like Nest Protect, First Alert, or the Roost Smart Battery (that adds smarts to a dumb smoke alarm), for example. You can also pick up smart leak detectors that will ping your phone if problems are detected.

7) Activity in your bank accounts

Installing the mobile apps for whatever banks you deal with is about more than checking your balance on the go or moving money from one place to another — it can also be useful in giving you a heads-up on suspicious activity.

The quicker you get warned about something untoward happening, the quicker you can do something about it, so delve into the notifications settings for your bank of choice to see what kind of options are available.