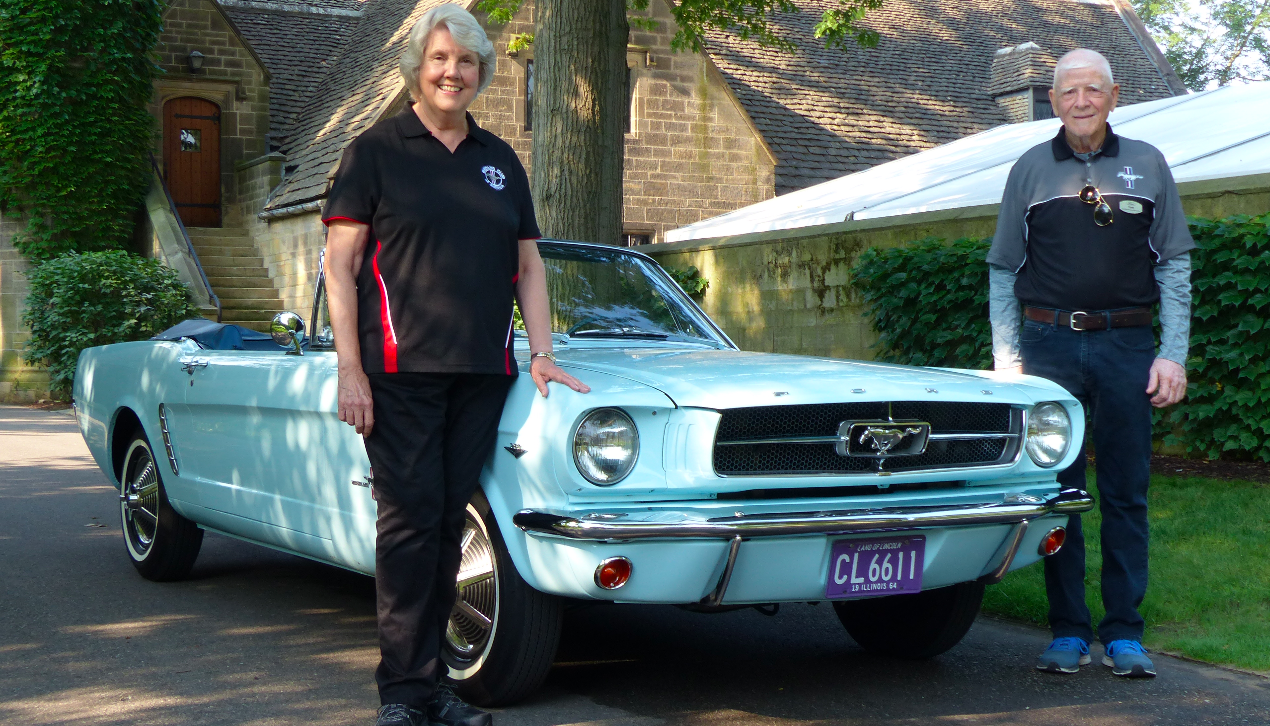 On 15 April 1964, 22-year-old Gail Wise parted with $US3447.50 and became the first person in history to own a Ford Mustang. For 15 years, she and her husband Tom used the convertible to drive their young family around, until one day the car just died. For 27 years after that the vehicle sat, and thoughts of selling the pony lingered. And it was all because of a simple carburettor linkage.


“I felt like a movie star,” Gail told me yesterday, describing what it was like driving the hotly anticipated Mustang two days before it officially went on sale. The car was clearly something special, and Gail loved it.

But sometime around 1980, the pony broke down because of what Gail’s husband, Tom, diagnosed as an issue with the 4.3L V8’s carburettor linkage. It was stuck, and Tom was worried it would break if he stepped on the pedal.

Because Tom was working a lot of hours and spending time with his young family, the car sat for a year. Then another year. Then five more. Then 10. Eventually, Gail told Tom she wanted the Mustang out of the garage, because it was taking up space needed for another vehicle and for various things the couple’s four kids had accrued.

But Tom didn’t sell the car. Instead, he built an addition to the two-car garage. An avid wrencher who wasn’t such a fan of more modern, fuel injected cars, Tom admired the Mustang’s simplicity. “If you had gasoline and you had spark, the car would run,” he told me yesterday.

Fearing that he might not find another Mustang by the time he retired, and because he wanted a hobby after he was done with work, Tom decided to keep the Mustang. And in 2006, the then-retired husband decided he’d take a crack at fixing up the car.

By 2007, he’d restored the car without making any major modifications or alterations. The car remains pretty much bone stock, and it looks gorgeous.

So there’s a happy ending to this story, with Gail and Tom becoming Mustang celebrities, showing up at a number of official Ford press events and car shows. Still, it’s wild to think how one small issue nearly forced Gail and Tom to part with their beloved car, which is now possibly worth $US350,000 ($481,088) according to the Detroit Free Press’ source, a vehicle valuation expert at Hagerty.

It’s a typical problem that wrenchers have. Something goes wrong with a car, and we just don’t have time to fix it. So time flies, and before you know it, years have passed, and the car remains sitting in the same spot, gathering dust. I know this from experience, having not wrenched on my Jeep J10 for three years now.

But this story has me motivated to at least spend a bit of time on the truck before deciding to part ways with it. Who knows, maybe the job won’t be as hard as I thought.

According to Tom, the linkage problem was very minor and would have only taken one hour to fix. Instead, it took 27 years. Hopefully my repair doesn’t take quite that long.