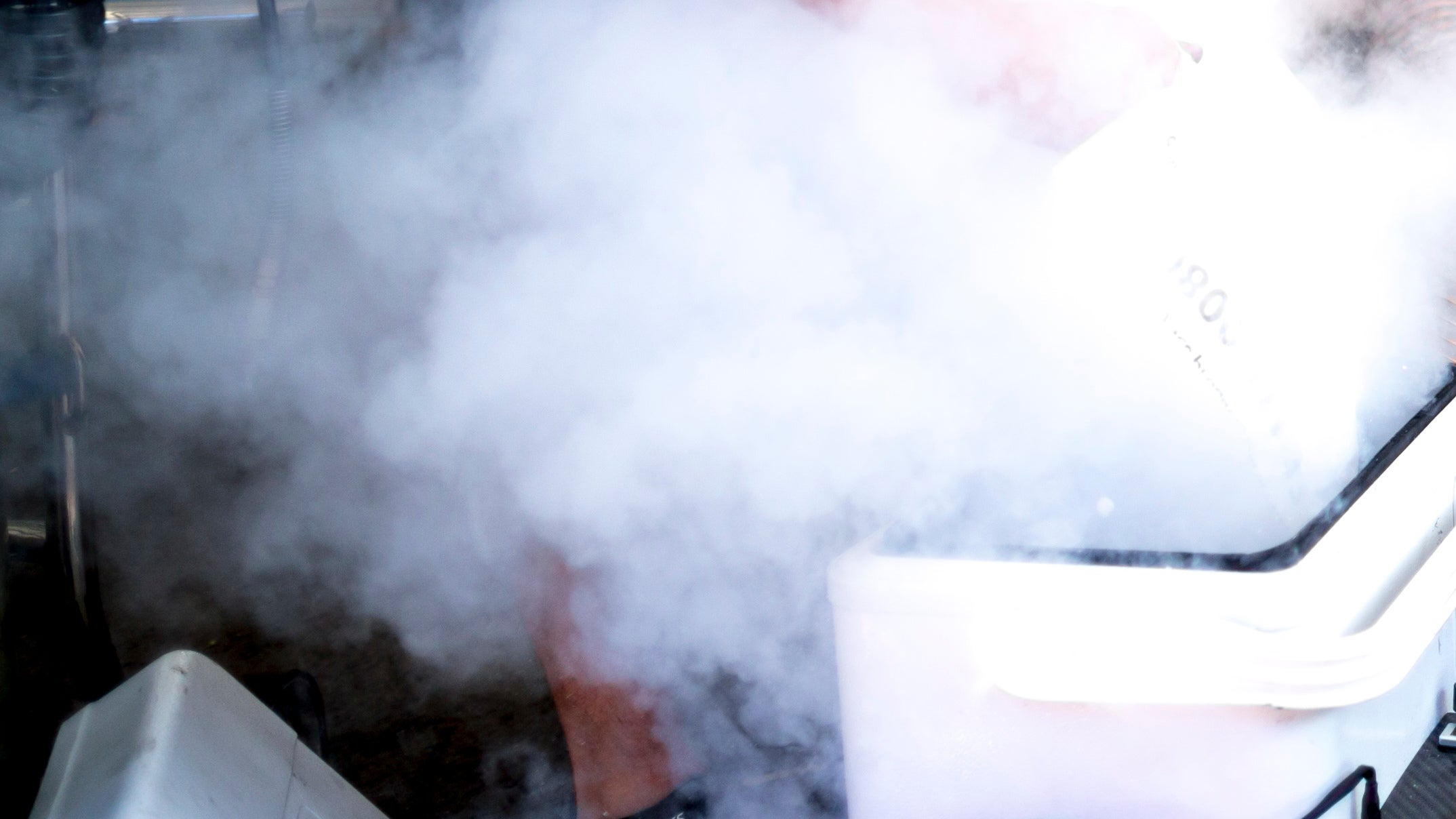 An ice cream delivery driver smashed the window of his car with a rock early Friday morning last week after seeing his wife and mother unconscious inside the vehicle. He found his spouse in critical condition, and his mother was dead.

“He had four coolers full of dry ice because he delivered Dippin’ Dots to various locations,” Pierce County sheriff’s spokesman Ed Troyer told the Tribune. “At this point we’re just looking at this as horrific accident.”

Authorities did not release the 51-year-old ice-cream vendor’s name, but Troyer said the man had recently purchased a new car which “probably had better sealing”.

Dry ice — frozen carbon dioxide — turns to gas when it sublimates. The two women could have been inhaling the gas and not breathing in enough oxygen.

The man’s mother had reportedly visited the couple Thursday night, and his wife had offered to drive the woman home around 11PM. When the man woke up around 4AM. the next morning for work, he realised his wife had not come home. He found the parked car a few blocks away, and called police immediately after breaking the windows to check on the two women.

Dry ice-related deaths are rare. A 2009 report in the Journal of Forensic Sciences references a 20-year-old in Thailand who hid in a container meant for dry ice. He was reportedly found convulsing moments later, and died by the time EMT arrived.

Halo Top Creamery founder Justin Woolverton told Inc. magazine that he began having trouble breathing during a drive in Los Angeles. He stepped out of the car at a stop light and immediately felt better. He later realised it was because he’d been breathing carbon dioxide coming from the dry ice keeping the ice cream cold.