Here’s The First Trailer For The Next Star Wars Animated Series, Resistance 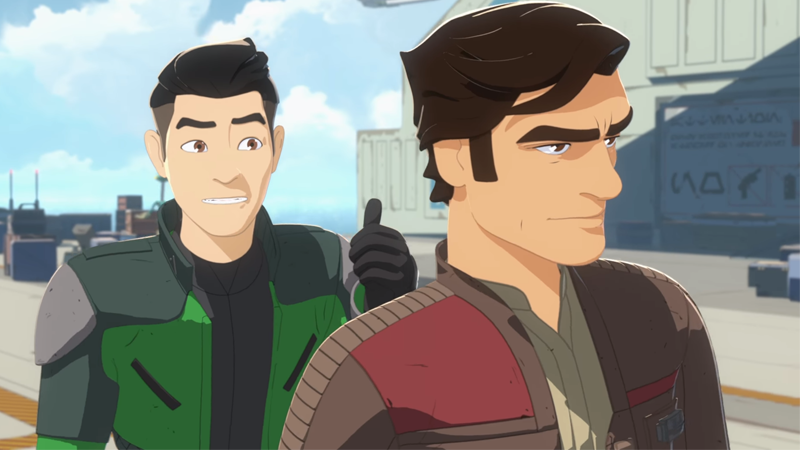 All wings, report in! The next animated series set in the galaxy far, far away is just two months away: Lucasfilm and Disney have confirmed that Star Wars Resistance is taking flight in the US October 7. And we finally have our first look at the anime-inspired visuals of the next animated chapter in the Star Wars saga.

Confirmed by Lucasfilm and Disney today, Resistance, set in the years before the events of Star Wars: The Force Awakens, will premiere first on the Disney Channel October 7 in the US. The Australian release date has not yet been confirmed.

The series, which revolves around the ace fighter pilots of Leia Organa’s burgeoning Resistance, follows a young pilot named Kazuda Xiono (voiced by Days of Our Lives’ Christopher Sean), recruited by the rebel group to conduct secretive spying missions on the growing reach of the villainous First Order. Here’s the synopsis for the pilot episode:

Poe and BB-8 assign newly-appointed spy Kaz to the Colossus, a massive aircraft re-fuelling platform on an outer rim water planet, home to colourful new aliens, droids and creatures. While undercover, Kaz works as a mechanic and lives with Poe’s old friend Yeager, a veteran pilot who operates a starship repair shop run by his crew: Tam, Neeku and their old battered astromech droid, Bucket. Kaz soon finds himself in over his head with his new friend BB-8 as he’ll have to compete in dangerous sky races, keep his mission a secret from his newfound family, and avoid the danger of the First Order.

Check out the full trailer below: