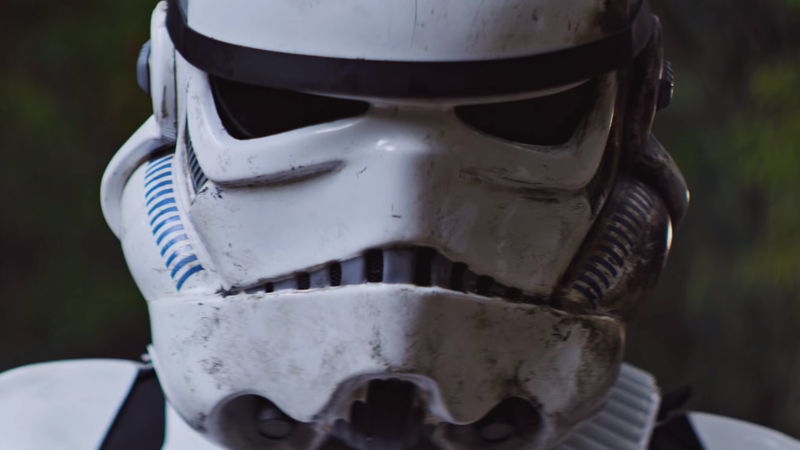 While the general Star Wars movies are fine with utilising Stormtroopers as nothing more than armoured goons designed to explicitly miss our heroes in as many ways as possible before being mowed down in their hordes, the galaxy of Star Wars fan films has long been intrigued about the people under the helmets. Bucketheads looks like no exception.

Airing at the rapidly-approaching DragonCon, Transmute Media put out its first trailer for Bucketheads today, offering a Rogue One-esque grittier look at what life on the frontlines of the Galactic Civil War was like for the cogs in the Imperial Machine.

Would you be surprised to learn that, perhaps, war is hell, even in a galaxy far, far away? Because it sure looks like it for both the Rebels and Imperials in this trailer.

The full film stars Mark Meer — perhaps known to many as the voice of the male version of Mass Effect protagonist Commander Shepard — and even has input from the iconic 501st Legion of Star Wars cosplayers, lending it a nice level of Star Wars authenticity.

While humanising Stormtroopers isn’t an entirely new concept in fan film fandom, we’ll never say no to some war-movie-style action in the galaxy far, far away.

Bucketheads will debut at DragonCon this weekend, before a wider release on December 8.