The Creators Of Castle Rock Talk About The Eerie New Series 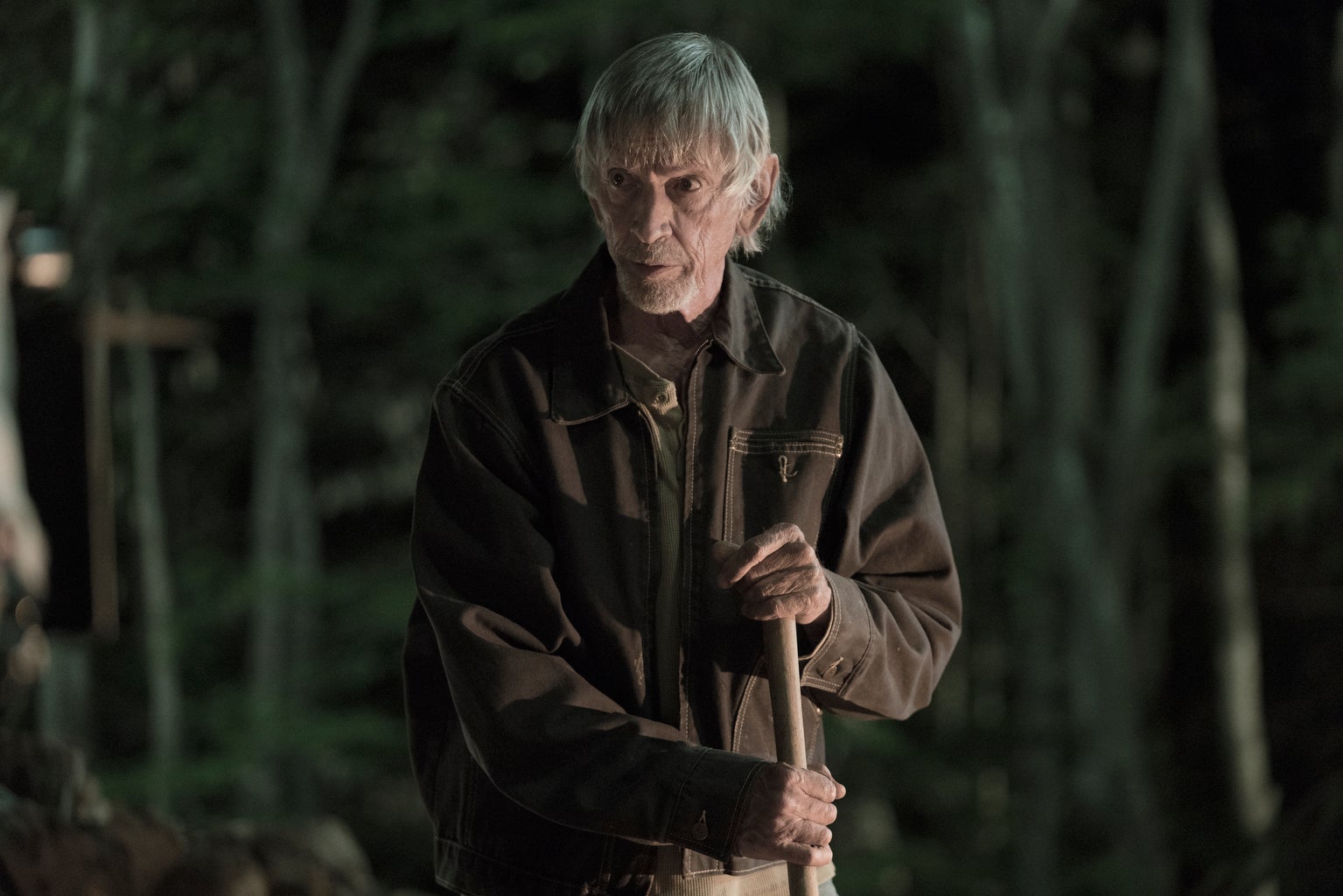 We all know the big names behind Hulu’s Castle Rock — Stephen King, J.J. Abrams — but at Comic-Con, we got a chance to talk to its co-creators, Sam Shaw and Dustin Thomason. Of course, they couldn’t reveal too many secrets, but we did learn more about what to expect from the new series.

Castle Rock tells an original story set in the Maine town that’s provided the backdrop for so many of King’s chilling tales. “This first season has a kind of mystery story that unfolds over the course of 10 episodes”, Shaw said at the Castle Rock press room.

“It begins with a spectacular death that leads to a discovery in the bowels of Shawshank prison of an extra prisoner and the question of who he is, how he got there and what this discovery is going to mean for Castle Rock, this bedroom community in the shadow of Shawshank. This discovery ropes in André Holland’s character, Henry Deaver, who grew up in Castle Rock, kind of a bad-luck town that readers of Stephen King know and love. It becomes the occasion for Henry’s return to Castle Rock, which has a whole bunch of other personal complications”. 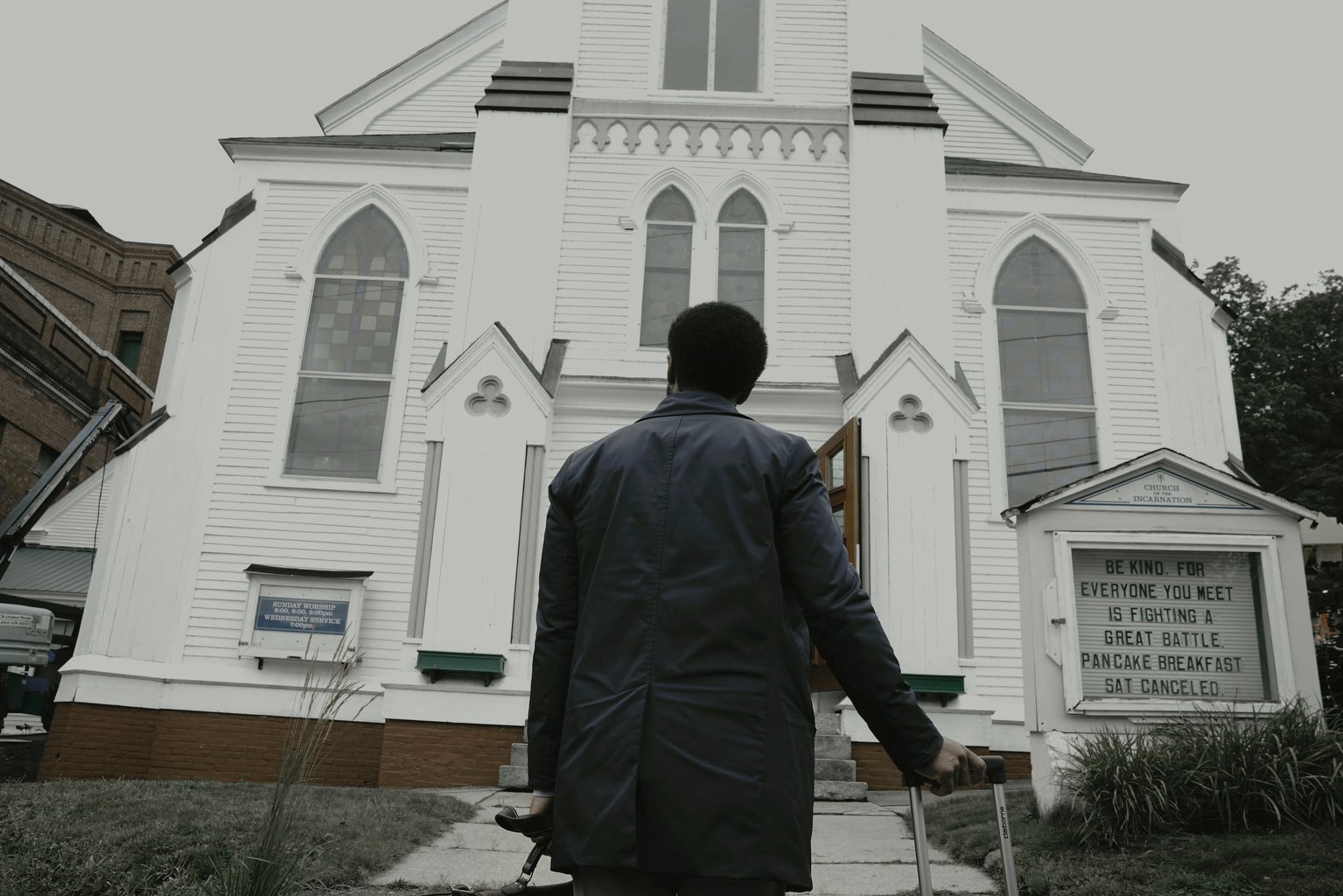 Considering King’s writing is the inspiration, the show definitely has some intense horror elements — but expect more than just jump scares, Thomason said. “Stephen King is a writer who kind of does it all and part of what we wanted to do in this show was deliver on the psychological suspense, the creepiness and at times, the grab-you-by-the-throat scares.

In the early episodes, we’re building the world of Castle Rock and starting to understand who lives here — who has stayed and who comes back, who tries to escape. Hopefully, some of the horrors of being an everyday human are also on the page through the characters”.

Though King’s been writing about Castle Rock for decades (The Dead Zone came out in 1979; Cujo, in 1981), the show is very much set in the Castle Rock of today. “We [wondered], what does a town like that look like now? It’s a town that’s basically been thinned out in its population, [with] closed-down storefronts [and] a mill that has closed down and now the main business in the town is incarceration”, Shaw said.

“That’s how you get to Shawshank and understand there’s this real relationship between the prison and the town. For us, that was a really big part of thinking about what a small town in America looks like today and taking those aspects that King has mined so well in small-town life and bringing them into 2018”.

Added Thomason, “Part of what was fun and interesting about the challenge of making the show was to try to tell a contemporary Stephen King story. To try to imagine what Shawshank might look like in 2018, what it would look like to tell a story about the privatization of a prison and what the economic pressures on a prison are once a big corporation swallows it up”.

Shaw and Thomason — both lifelong King fans — emphasised they would not have tried to make Castle Rock, which makes use of classic King characters like former Castle Rock sheriff Alan Pangborn, without first getting the author’s stamp of approval.

“Every choice that we made, every character of his that we used, the story that we are using in our first season, he was involved in approving and giving his blessing”, Shaw said. “Especially when we had character choices or things that happened in the first season that were taking characters of his in unexpected directions — characters that he’d written about for many years. We really wanted to make sure that we had his full support”.

You’ll spot quite a lot of King references lurking in Castle Rock, but the show manages to treat them with deliberate restraint. “We had to be selective about where we were drawing on characters, themes and ideas from the books. There are a lot of Easter eggs and cross-references and footnotes and sidelong winks at every level in this first season”, Thomason said.

“But we tried, by and large, to be true to the subgenre that we were emulating. We are great fans of [King’s] crime and punishment [stories] — Shawshank, The Green Mile and the stories that deal with death row and the sort of real-world monster of incarceration. For the most part, the references that we chose felt organic to that story”.

Yes, they both said “first season” — and while nothing’s official yet, Thomason said they’d “like to keep going”. There’s certainly plenty of potential material, Shaw said. “There’s so many different kinds of stories that Stephen King tells. If you look at the range from Rita Hayworth and the Shawshank Redemption to The Tommyknockers, there’s this enormous tent. We feel like the anthology format is really well-suited to a Stephen King show”.