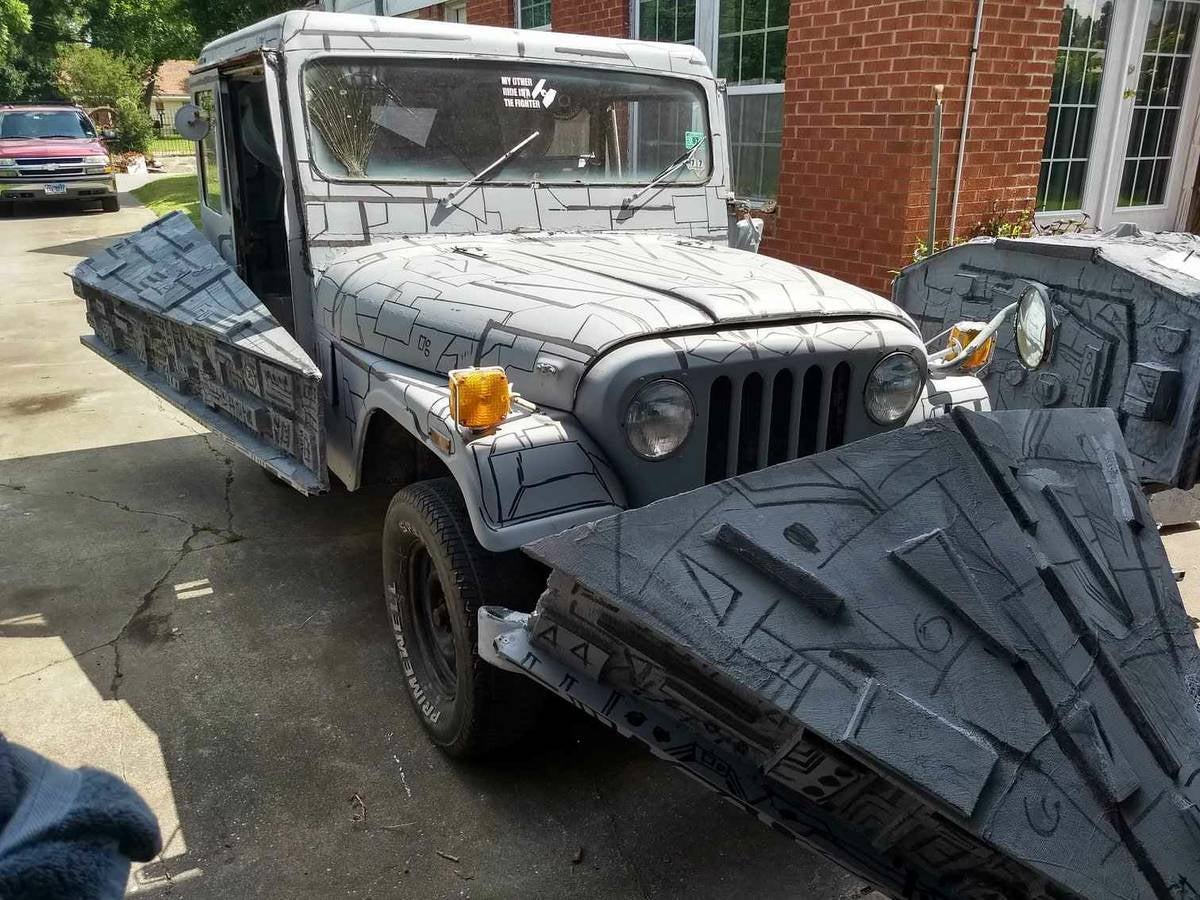 A group of geniuses in Texas converted a Jeep DJ-5M Dispatcher mail Jeep into a Star Destroyer, and built a fleet of other Star Wars-themed vehicles to drive along with it. Just. Wow.

While browsing for old Jeeps on Craigslists across the country, I spotted a real gem: a 1984 DJ-5M for a reasonable $US1,000! But this wasn’t just any DJ, as I’m sure you’ve surmised from the topshot.

Houstonian Patrick and his friends have been making art cars for Houston’s Art Car Parade for some time now, and for this year’s 31st annual show, their entry was a fleet of Star Wars-themed vehicles, including: a Star Destroyer Jeep, an X-Wing Fighter-themed scooter, a TIE Bomber-themed Polaris Ranger, and even a Star Wars-themed electric emperor’s chair. Here’s a screengrab fro a video of the parade showing the full fleet:

The team used styrofoam, wood and steel to make the Impervium or Duralloy (or whatever these capital ships are supposed to be made of) body panels, and the result is supremely geeky, but also wonderful.

Just look at how pumped one of the team members is about his crew’s masterpiece.

As you can see from the tow strap in the second picture and also the YouTube video below, the Jeep doesn’t quite run properly, which is just a polite way of saying that it runs like arse. Just watch that motor bounce around on those engine mounts. Yikes.

But that’s ok, because in April, this junker won Patrick and his team “The Galactica Cruisers” first place in the “Best Performance” category — a grand prize that pays $US500.


Sadly, there’s no title for this amazing postal space ship, or I’d be tempted. Because a short and boxy mail carrier Jeep looks dorky enough, but one with a Star Wars theme? Pssh. That’s taking silly car-dom to the next tier.

And I dig that.