How Far Can You Get Away From Technology? 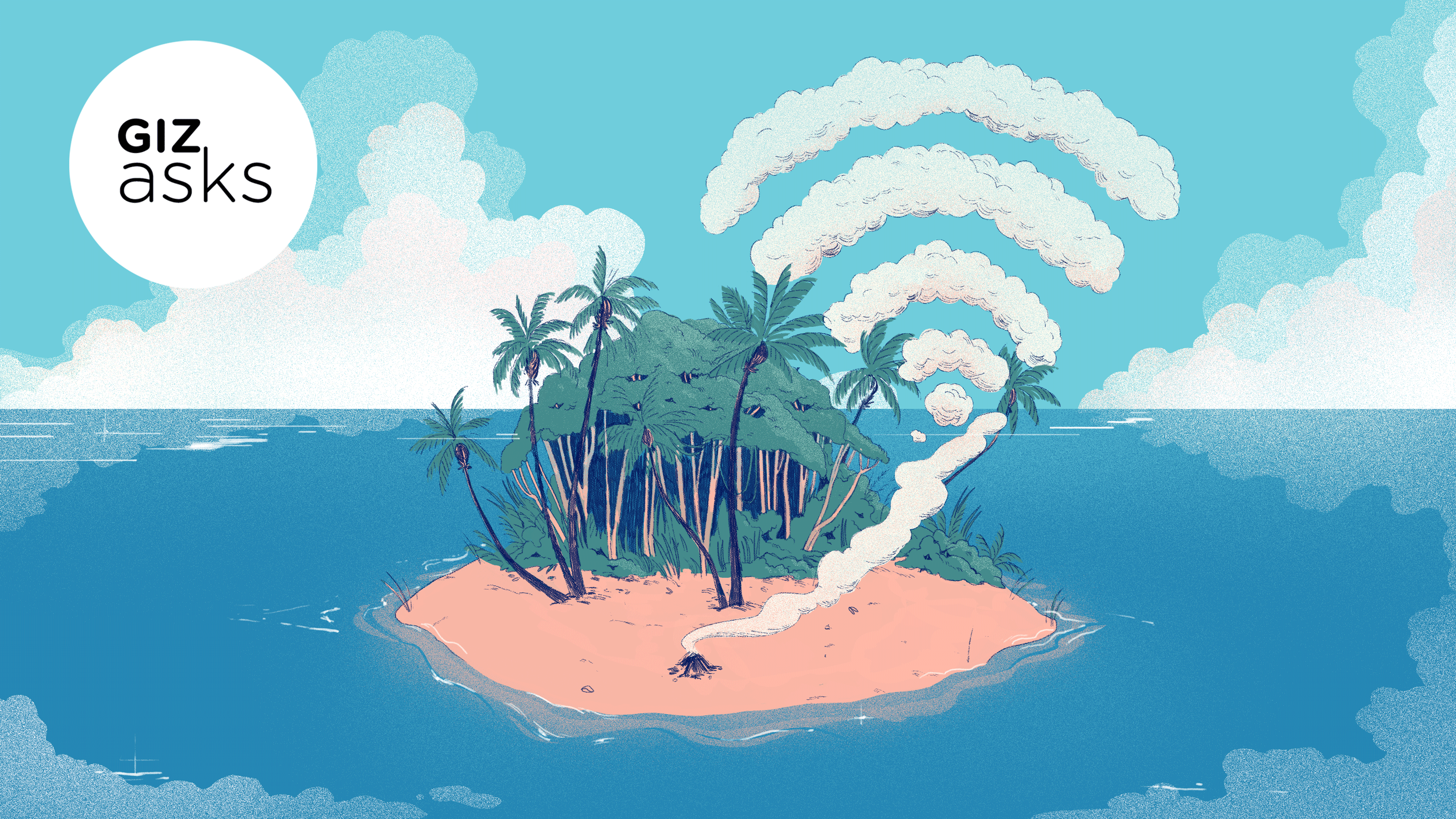 Everyone, from time to time - or at every single moment of every single day - wishes they could somehow escape technology. It isn't ultimately that fun to be inundated at all hours with the collapse of society, the weekend activities of people you barely knew 10 years ago, bad memes, worse TV, and so on.

You can smash your phone, or delete those apps most obviously harmful to your mental health, but people will resent you for it, and besides, you won't actually be escaping anything. You can close your eyes in a burning building, but you'll still feel the flames.

So where can one go to truly escape? And is escape even possible, in a terminally connected world?

For this week's Giz Asks, we reached out to a number of anthropologists and linguists - people who have put in time in some of the remotest corners of the Earth - to help us find some place where Mark Zuckerberg can't find us.

And while that place, as it turns out, might not actually exist, there are parts of the world, and attitudes towards the world, which could plausibly provide some relief. Though, admittedly, some of these places - lacking even rudimentary electricity - make phone-fatigue seem like a pretty frivolous problem.

Dean of Arts and Sciences, Bentley University, and author of Wari: The Pacaas Novos Language of Western Brazil and many other books

You would be totally cut off from technology if you travelled to the Amazon, provided you came in without any technology of your own.

I have spent months at a time with no technology whatsoever, sleeping in hammocks in the Amazon, and that's still possible today.

Forty years ago, though, you didn't have the option to bring anything. In 1977, I went out to the middle of the Amazon, and the only technology I had was a cassette recorder. The nearest city was four days away by boat.

I went for a full year once, 1980, without seeing electric light. When I came out, I was surprised to learn that John Lennon had been murdered.

Over the years, technology improved - by the '90s I was able to get a satellite phone that enabled me to call anyone in the world. If I went out into the river, where there was a clearer connection, and turned off my boat motor, and slowed it down this jungle tributary of the Amazon, I could actually use email.

And the Brazilian government has put in a series of satellite stations all across the Brazilian Amazon. In the early '00s, I started getting emails from Amazonian tribal groups I'd worked with earlier, and phone calls from hunter-gatherer societies in the middle of the Amazon, who now had satellite phones.

But most Amazonians - farmers and others - have no contact with the outside world.

The answer depends on what technologies you're referring to.

As long as humans have been on this planet, we've been creating technologies to better adapt to our environments and make them more congenial for human flourishing. So, we could be talking about anything from stone tools and the written word to the latest killer app.

My research has mostly focused in the rural Amazon, which most people would consider a fairly "remote" region of the world. But even in small communities that are several days by boat from the nearest city, you'll find households with parabolic antennas, DVD players, and thumb drives chock full of mp3s of the latest pop music.

I think the question really is: Is there anywhere on this planet where you don't find some evidence of modern technology present?

I'm a cultural anthropologist. When I started my research in Sri Lanka in the early 1990s, I lived in a home that had electricity, but I bathed by drawing water by bucket from a well. I had to go to the capital city, Colombo, in order to make an international phone call to check in with friends and family. Most of my correspondence took place by aerogram, with a two-week lag for a letter to get to the US.

Several years later, one of the "agency post offices" in a nearby town got International Direct Dial (IDD as it was known at the time), and a couple years after that, someone at the junction of the main road and the local road got IDD on his home phone. He had a huge wind-up alarm clock (with ear-like bells on top). He would hold the clock close to his near-sighted eyes and watch the second hand move around, timing my call to be sure that he charged me the right amount.

That arrangement was soon superseded when my host family teamed up with several neighbouring households to bring the phone line half a mile down the road. Once they got IDD, we entered the age of the dial-up modem. I went back to writing notes and letters, now by email and without the two-week lag.

After that, technology leap-frogged along. Now so many people have cell phones in the village where I do my research that the forward march of telephone poles and copper wire has completely ceased. I can call home any time I like, and I can connect my laptop to an internet "dongle" with its own SIM card.

A local home still might not have electricity or running water, but the people in it likely have a "mobile" - and access to speedy, reliable coverage, too.

I suspect that most other countries in the world have experienced the same sort of meteoric rise in internet connectivity. Where might one go, then, to get away from all that technology?

People climbing the world's highest peaks carry high-tech oxygen tanks and dress in ultra-fancy textiles; people navigating the furthest oceans travel in ships that talk to satellites soaring in the sky. Anyone adventuring in the wilderness would be advised to carry a GPS device, or at least an old fashioned compass and a box of matches.

Our tech now is portable, durable and weather-resistant. It's not difficult to take your gadgets with you, wherever you want to go.

Perhaps instead of asking how far one would need to go to get away from technology, one might ask three other questions.

The first is, "Does one really want to be without one's tech?" One would probably prefer to have one's gadgets working if one were wandering in the wilderness. Conversely, getting away from technology can be done safely and easily, just about anywhere one chooses, be it in the privacy of one's home or in a quiet part of a public park. But how often do we choose to unplug?

That leads to two other, more philosophical questions: "How have the technologies we have invented affected how we related to other people and the world around us?" and "Are we addicted to our gadgets?"

Getting away from technology is less a question of distance and more a question of making a disciplined choice to unplug for a bit.

You could simply detach. During weather-caused electrical outages, entire regions become dark and quiet. We often forget how easy it is to simply disengage from the grid.

Alternatively, you could join a group of people who are deliberately living off of the grid. There are communities like this throughout the industrial world. The Amish of central Pennsylvania are one example.

However, if you're living in the industrial world and want to get to a location where you cannot easily access technology, and where the inhabitants regularly live without it, you may have to travel.

You could go to the Amazon rainforest, but unlike the character in Ann Patchett's State of Wonder, you cannot get there and back in a weekend. Access is by plane, river and path, making it expensive to purchase simplicity. One of the most beautiful portions is the region of Angel Falls in southeastern Venezuela and the nearby Guianas.

More and more indigenous people are organising visits to their own lands. This is the case of the Pemon/Wapixana who will accompany visitors to Pico de Neblina in northern Brazil, the very site of Arthur Conan Doyle's Lost World.

In many other places, indigenous peoples are opening their villages to visitors. The Panamanian Guna (formerly Kuna) have hotels in the San Blas Islands with more or less technology - you choose the level of connectivity you want.

One can climb the Andes with guides to reach indigenous peoples as the Qu'eros. One can also be hosted by the Saami of northern Scandinavia, the hill tribes of the upper Mekong River in Laos and Cambodia, the !Kung of South Africa, the Bedouin of Israel, and many more.

Then, again, you can simply say no and turn if off.

If you mean modern technologies - electricity, communications, transportation - then there are still many remote places on Earth that have little to no access to them. But often it depends not so much where you are on the earth's surface, but who you are.

For example, the majority of people pursuing subsistence agriculture on the Indonesian island of East Nusa Tenggara (also known as Flores) still do not have any access to electricity unless they live in the main urban centres or along the main road crossing the island - even though they are close enough to see the nearest lit up town.

At the same time, an Italian entrepreneur in one of the main tourist centres is just as connected as you or I are in the United States - high speed internet and air delivery of fresh salmon from fish farms in Tasmania.

It also depends on age and gender: A farming family I visited had sons with cell phones that they charged at their uncle's house on the main road, but their parents' most sophisticated technology were their agricultural implements.

Professor, Information Studies, UCLA and author of Whose Global Village? Rethinking How Technology Shapes Our World

Ironically, the furthest one can get away from technology is not necessarily based on where they are but who they are - the result of conscious choices they or the societies/families they are within make.

Though when we think of technology today we often assume the internet, social media or mobile telephony, technologies are far more pervasive and universal than that - writing is a technology, the wheel is a technology. So from that perspective, for me the best answer to this question is related to theme of how we want to engage with different technologies.

People often think of the Amish for example as "anti-technology" - but in fact they use many technologies, just not some of the ones most of us living in cities do.

Without question, all of us use different technologies, but I believe the most important question we can ask is which and why, to allow us each as individuals or communities to have power over our relationship to tools and systems.