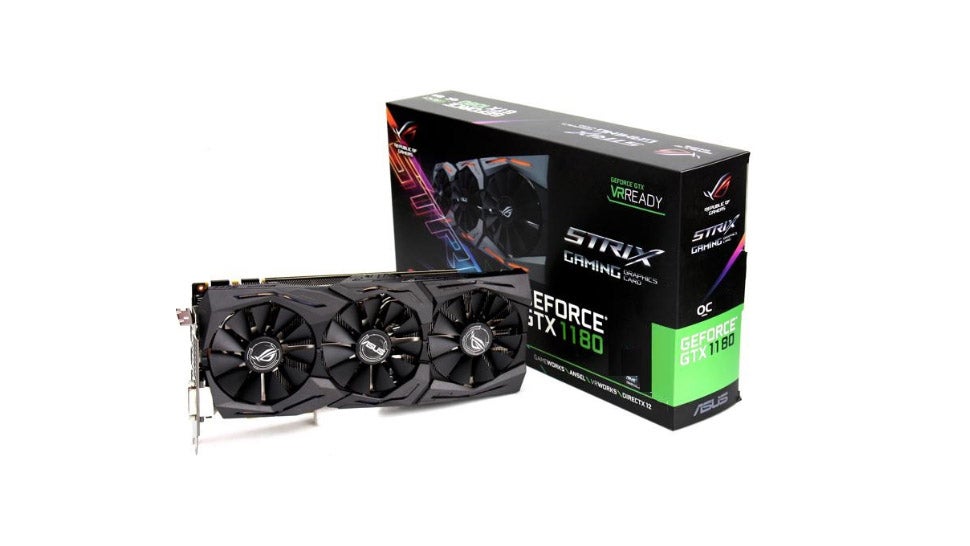 Even though Nvidia CEO Jensen Huang told journalists at Computex that new GPU's wouldn't be available for "a long time", new rumours and leaks indicate that the upcoming Nvidia GTX 1180 could get announced much sooner, possibly as early as late August at Gamescom in Germany.

Here's a screenshot of a GTX 1180 pre-order from Vietnamese site H2 Gaming, which has since been removed. Hat tip to @sauron on the Linus Tech Tips forums for digging it up. Screenshot: Linus Tech Tips

Originally, Nvidia was scheduled to showcase what people expected to be the 1180 at Hot Chips, a symposium for high-end computing parts, during a session called "Nvidia's Next Generation Mainstream GPU" on August 20.

But shortly after the talk was announced, Hot Chips revised its schedule by changing the title of Nvidia's time slot to "TBD", which threw a little doubt into the 1180's possible debut.

More recently though, some outlets reported that last week, Nvidia started sending out invites to journalists regarding a major Nvidia event scheduled to take place during Gamescom.

Meanwhile, someone on Reddit posted an image of a supposed GTX 1180 engineering sample.

And then, to jump the gun even more, it seems an online PC parts retailer in Vietnam posted pre-orders for Asus and MSI variants of the GTX 1180 ahead of the GPU's official announcement.

All these various but related developments suggest that the debut of Nvidia's next big GPU will probably take place sometime in late winter or early spring. Whether it gets shown off at Gamescom or a couple of days earlier at Hot Chips is kind of irrelevant.

What really matters is performance, and with the GTX 1180 based on Nvidia's next-gen Turing platforms and potentially packing 16GB (or more) of GDDR6 video RAM, this thing should be a significant improvement over current high-end cards such as the GTX 1080 Ti.

Based on rumours that leaked earlier this month, it seems the 1180 is built to support 4K gaming at 144Hz, which, if it can deliver, should be quite an upgrade assuming you have everything else needed to support that kind of gaming - and a spare $US1000 ($1355) lying around to cover the 1180's expected price.

For many, the bottleneck that could prevent them from getting the most out of a card like the 1180 may be their monitor. Many gamers are still stuck with 1080p displays or have screens limited to 60 Hz, because for a long time, quality panels with support both 4K and 144HZ refresh were quite expensive.

Still, with Nvidia having launched its 10-series cards back in May 2016, it feels as though the company is due for an upgrade.

And if the release of a new, more powerful GPU helps spur the adoption of 4K gaming, or leads to price cuts for existing 10-series GPUs, that should be a good thing for all levels of PC gamers.