The Rosetta Image Archive Is Now Complete And Freely Available, So You Can See A Comet Like Never Before 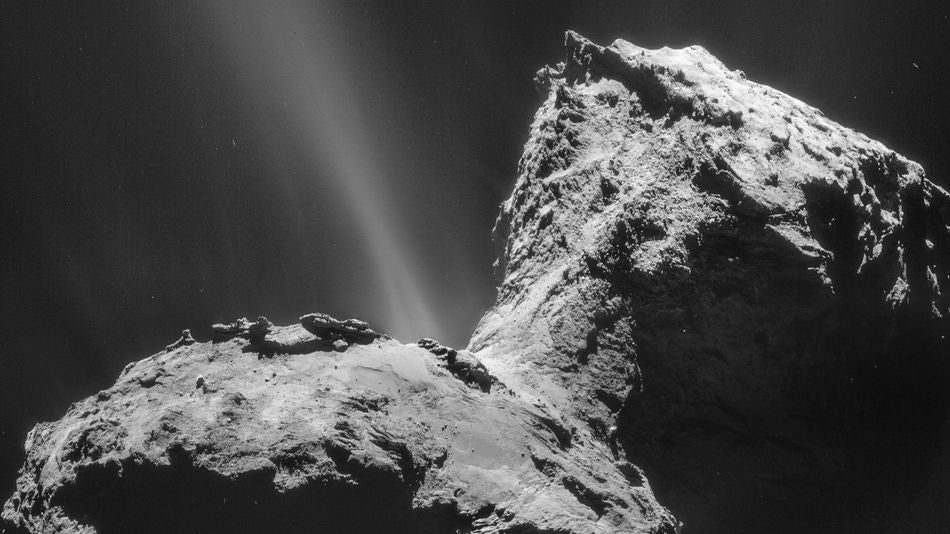 The European Space Agency’s Rosetta mission to the comet 67P/Churyumov-Gerasimenko was one for the ages, providing an unprecedented look at this oddly-shaped celestial object. The Rosetta probe captured nearly 100,000 images over the course of its mission, all of which are now freely available to the public in a single Rosetta archive.

The Rosetta Image Archive is now complete, as the last set of images, taken by the Rosetta probe from late July 2016 to the end of the mission on 30 September 2016, have been processed and uploaded to the Archive Image Browser and the Planetary Science Archive.

All images are available under a Creative Commons licence, so you’re welcome to copy, share and tweak to your heart’s content. 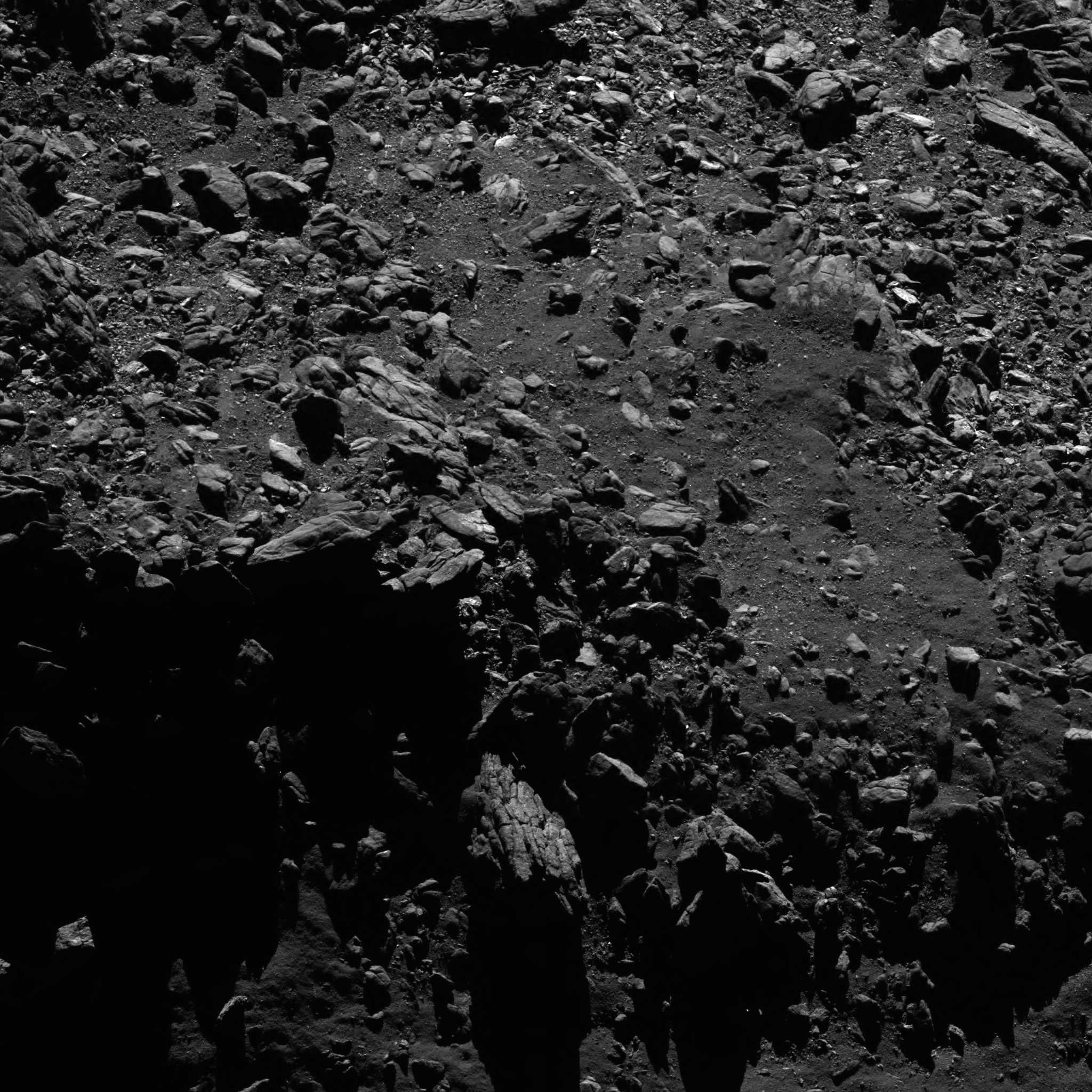 A view of the Nut and Serquet regions on the comet’s smaller lobe, taken from a distance of 2.1km. Image: ESA/Rosetta/MPS for OSIRIS Team MPS/UPD/LAM/IAA/SSO/INTA/UPM/DASP/IDA

The ESA also released a stunning new video (below) made from Rosetta’s final set of photos. The shots were taken during the last hours of the probe’s life, as it descended towards an ancient pit.

Over the course of its 12-year mission, the Rosetta probe captured thousands of hi-res images with its OSIRIS camera. The photos sent back to Earth were truly jaw dropping, revealing surface features such as tiny rocks, boulders, craters, cliffs, sinkholes and dust jets. Some photos were taken as close as 2km. And as the probe made its final descent, it even took a final photo just 20m from the surface. 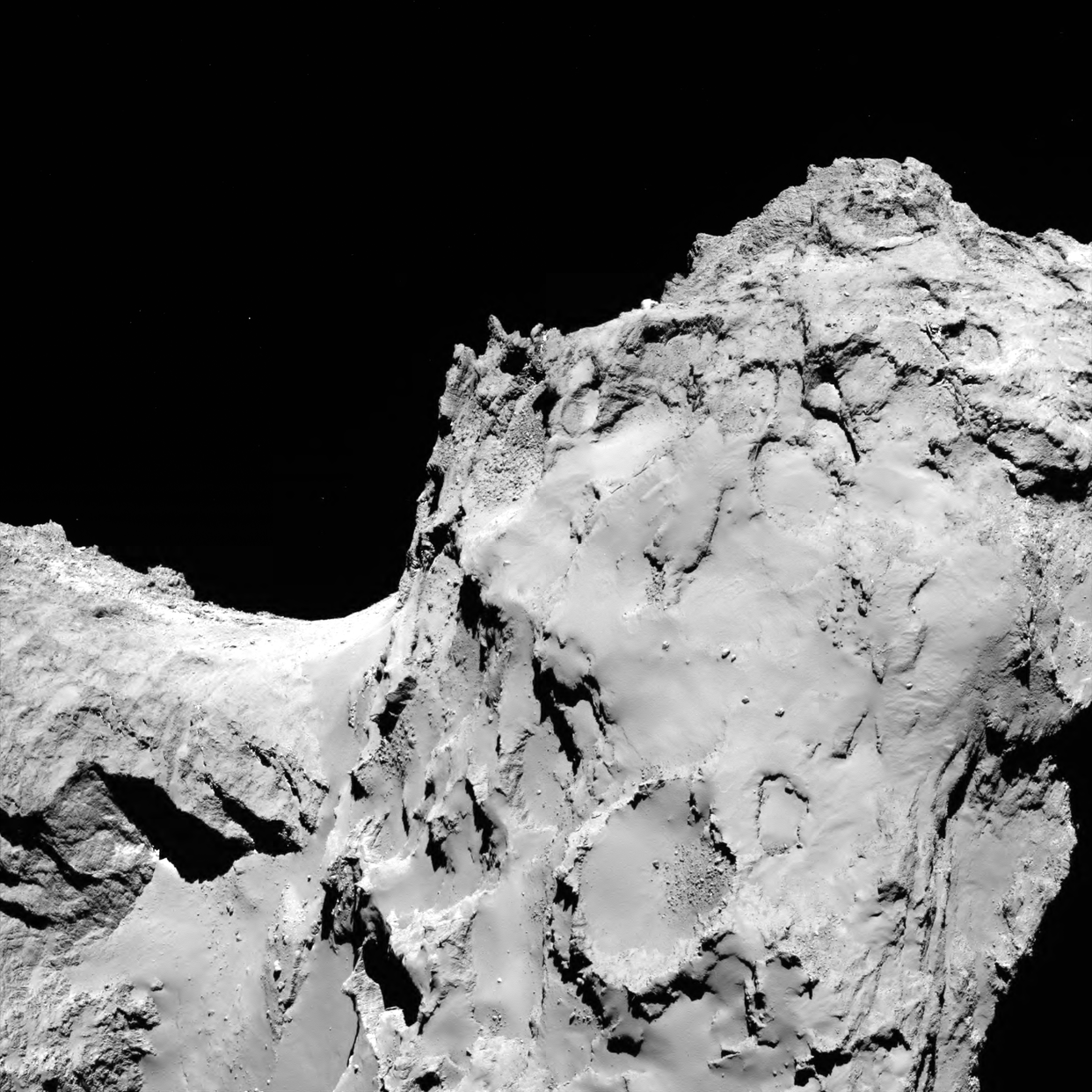 A shot of the comet taken from 13km, one of a batch of new images added to the Rosetta archive. Image: ESA/Rosetta/MPS for OSIRIS Team MPS/UPD/LAM/IAA/SSO/INTA/UPM/DASP/IDA

Comet 67P/Churyumov-Gerasimenko, much to our surprise, featured two large lobes, hinting at the complex ways in which comets form. Instruments onboard Rosetta also revealed the presence of organic materials, bolstering the idea that comets and other celestial objects were responsible for delivering key building blocks of life to Earth.

Sadly, the mission’s Philae lander didn’t fare so well: It bounced uncontrollably after making contact with the comet surface and then eluded discovery for nearly a year. One of the new photos added to the archive (below), taken just days before the mission ended, shows Philae on the comet’s surface, revealing why it was so hard for ESA scientists to find the lost lander. A shot of the lost Philae lander. No wonder it eluded discovery for nearly a year after a failed landing attempt. Image: ESA/Rosetta/MPS for OSIRIS Team MPS/UPD/LAM/IAA/SSO/INTA/UPM/DASP/IDA

“The final set of images supplements the rich treasure chest of data that the scientific community are already delving into in order to really understand this comet from all perspectives – not just from images but also from the gas, dust and plasma angle – and to explore the role of comets in general in our ideas of Solar System formation,” said Matt Taylor, ESA’s Rosetta project scientist, in a statement.

“There are certainly plenty of mysteries, and plenty still to discover.” 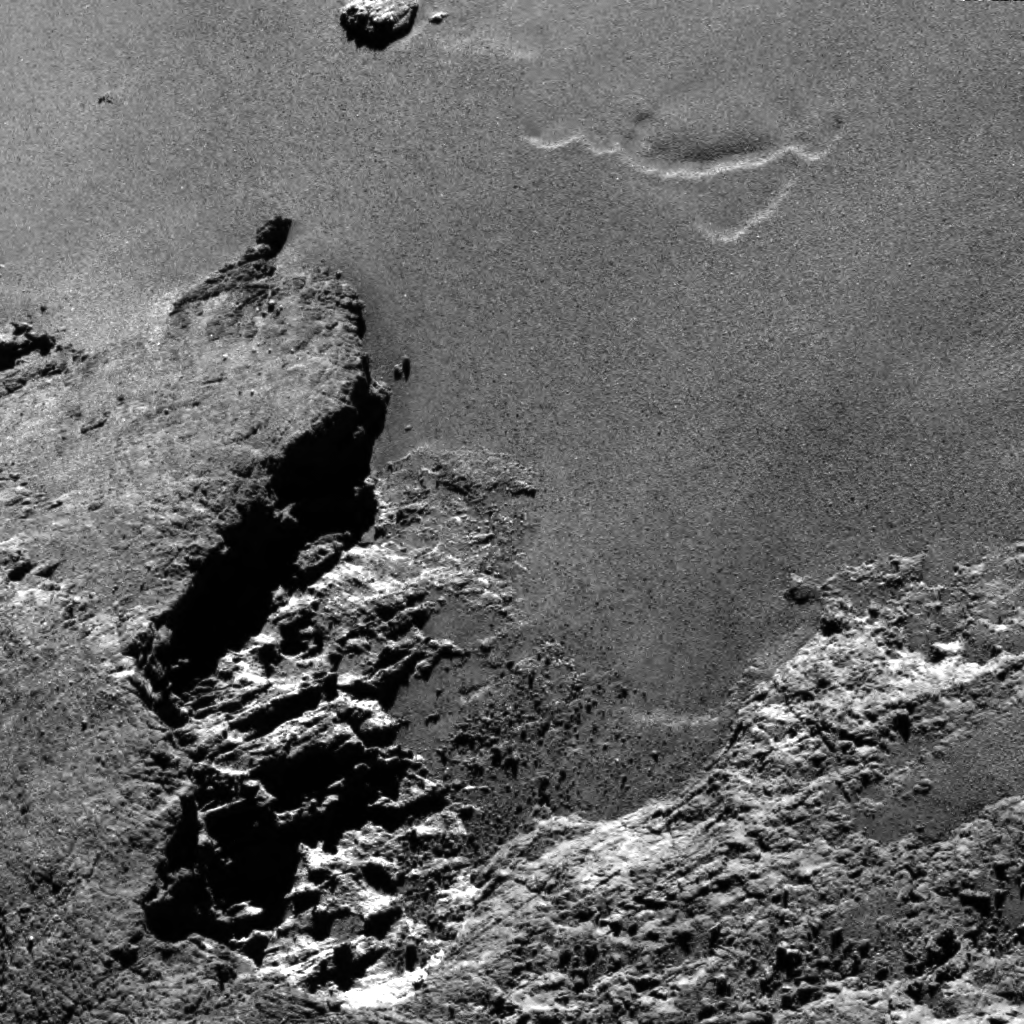 A view of the comet surface from a height of 5.4km. Image: ESA/Rosetta/MPS for OSIRIS Team MPS/UPD/LAM/IAA/SSO/INTA/UPM/DASP/IDA

On that note, we’re about to get some cool, close-up views of asteroid Ryugu, courtesy of Japan’s Hayabusa 2 probe. Excitingly, the probe will dispatch four landers to the asteroid’s surface, all of which are equipped with cameras. It’s still early in the mission, but we’re already making some cool new discoveries about this distant rock.