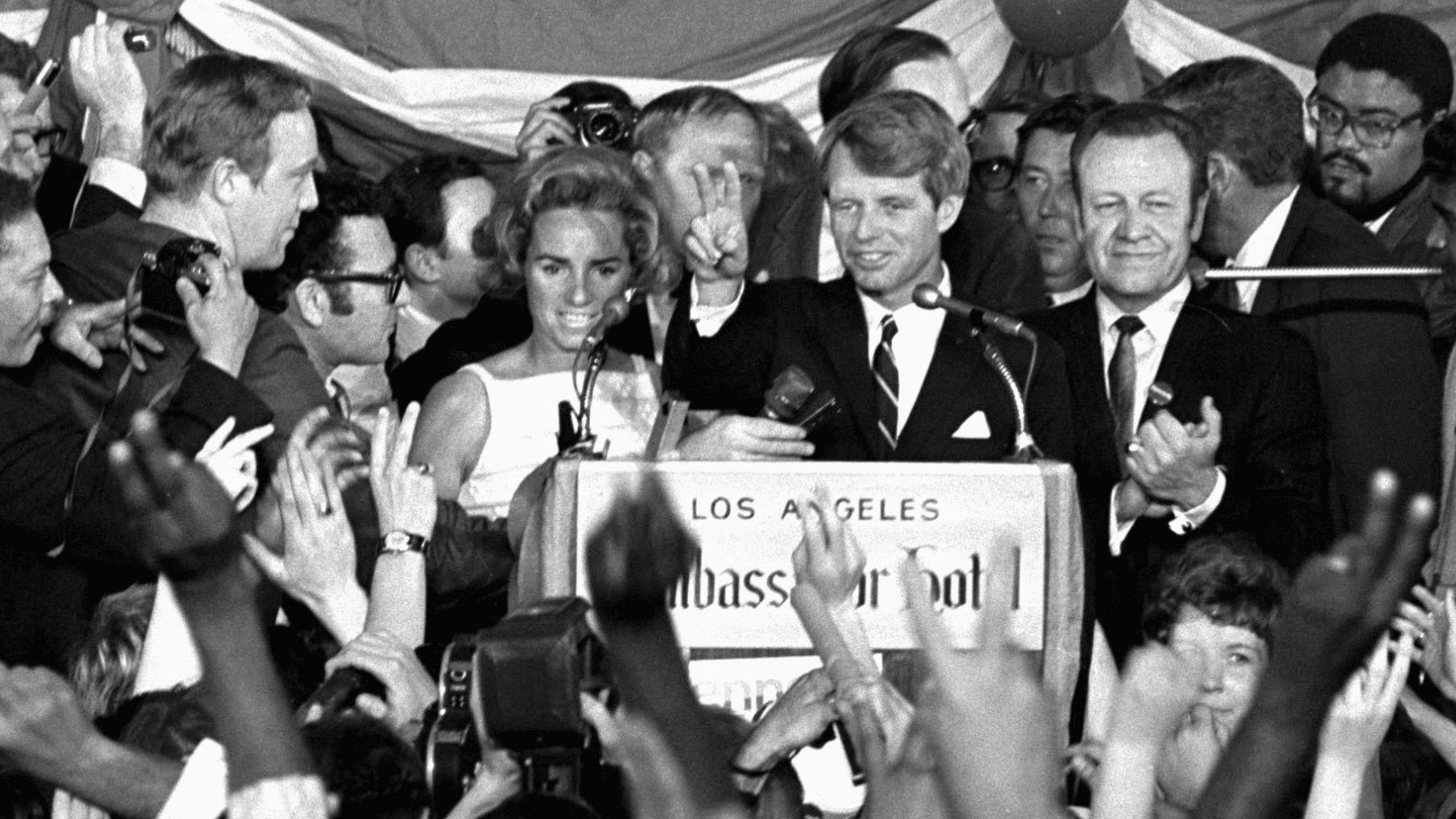 It was 50 years ago this month that US Senator Robert F. Kennedy was killed by an assassin. In what is now the first study of its kind, a team of specialists has conducted a systematic review of the medical care he received during the critical hours following the shooting. Their findings offer unprecedented details about that tragic night, while also dispelling myths that have fuelled conspiracy theories for years.

Robert F. Kennedy at the Ambassador Hotel on the night he was assassinated. Image: AP

On 6 June 1968, the same night he gave his victory speech at the California Democratic Party presidential primary, Kennedy, age 42, was shot three times. He would ultimately succumb to his injuries 26 hours later in a Los Angeles hospital.

Much has been said and written about the assassination over the years - including some outlandish conspiracy theories - but surprisingly, no one has ever taken the time to conduct a medical review of RFK's injuries or assess the quality of his treatment. A new study published today in the Journal of Neurosurgery is now the first to do so, providing an unprecedented, yet grim, overview of the events leading to RFK's death.

A research team from Duke University School of Medicine, led by Jordan M. Komisarow, reviewed a number of sources while conducting its review, including eyewitness accounts, various medical records and the autopsy report itself.

In the final analysis, the authors say there's nothing more doctors could have done to save Kennedy's life, despite a 45-minute delay in getting the senator to the hospital. RFK was treated according to the medical standards of the time, including an emergency craniotomy similar to ones performed today.

And importantly, the autopsy report corroborates eyewitness accounts, dispelling a conspiracy theory that suggests more than one gunman was involved in the shooting. 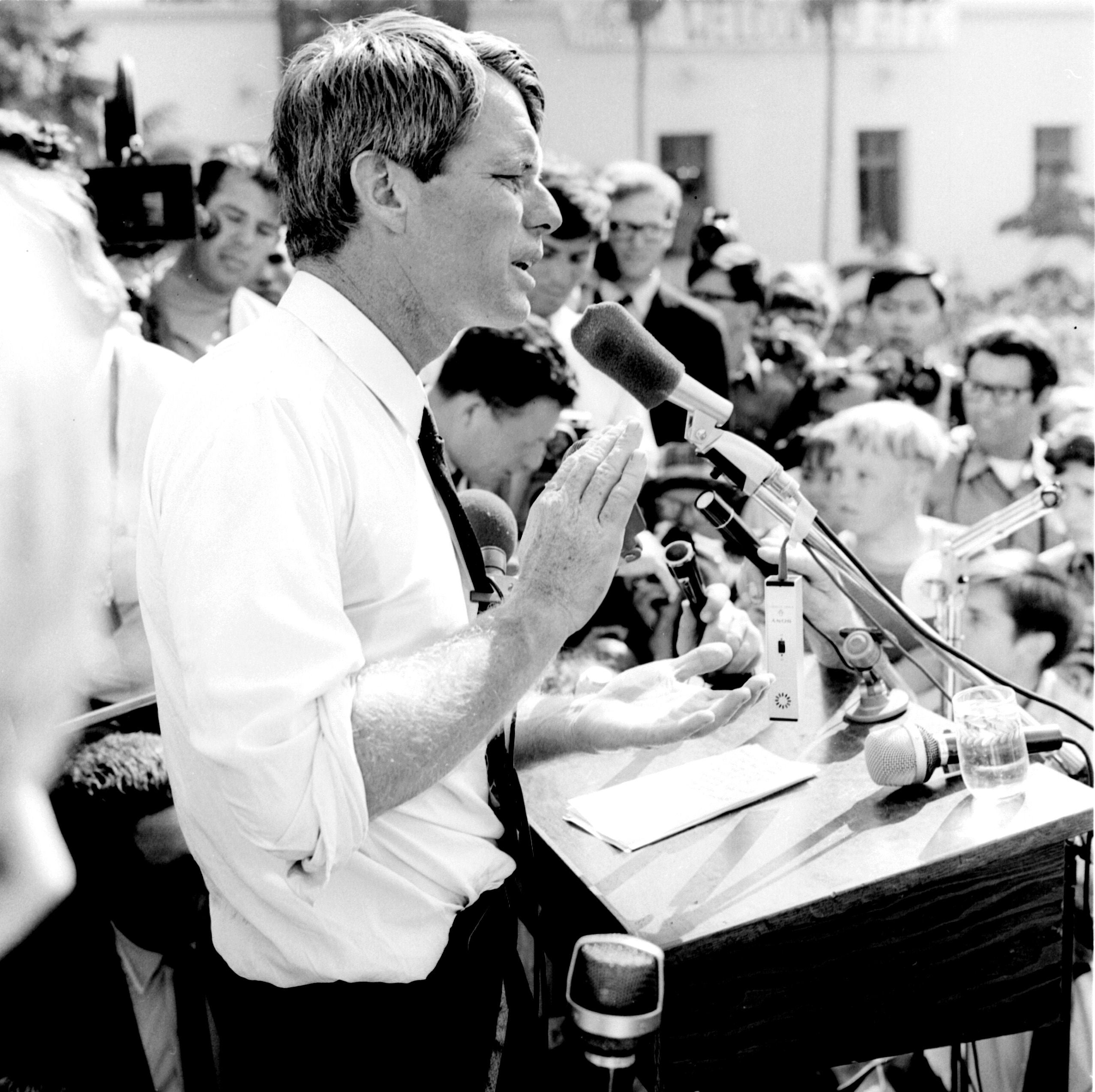 After giving his victory speech at the Ambassador Hotel in downtown Los Angeles, RFK walked through the hotel kitchen to meet with the press in the Colonial Room. Kennedy had a small security detail, but nothing on the scale of what such a prominent figure would have today.

While walking through the crowded kitchen, and as he was turning to shake hands with a busboy, the assassin, Sirhan Sirhan, stepped in front of Kennedy, firing eight shots with his .22-calibre Iver Johnson Cadet revolver. At 12:15AM local time, three bullets struck RFK, one in the head and two in his upper body. Five people standing nearby were also hit, suffering non-fatal injuries.

Kennedy fell immediately to the floor, and a crowd of people cried out for help. No fewer than five physicians were in attendance at the California presidential primary, including a trauma surgeon. Within minutes of the shooting, the senator was already receiving medical care.

RFK was in a semi-conscious state, lying on the kitchen floor for 17 minutes as paramedics were en route. His left eye was shut, his right eye open, but with the pupil shifted to the right. Kennedy was still able to move all four of his limbs.

But then Kennedy began to lose consciousness, prompting one of the doctors, a radiologist named Stanley Abo, to examine the senator's head wound. A small blood clot had formed at the site of the bullet hole, so Abo inserted his finger into the hole to disrupt the clot.

"With that action, the clot dislodged, blood flowed freely from the bullet hole, and Kennedy's consciousness briefly improved," the authors write. 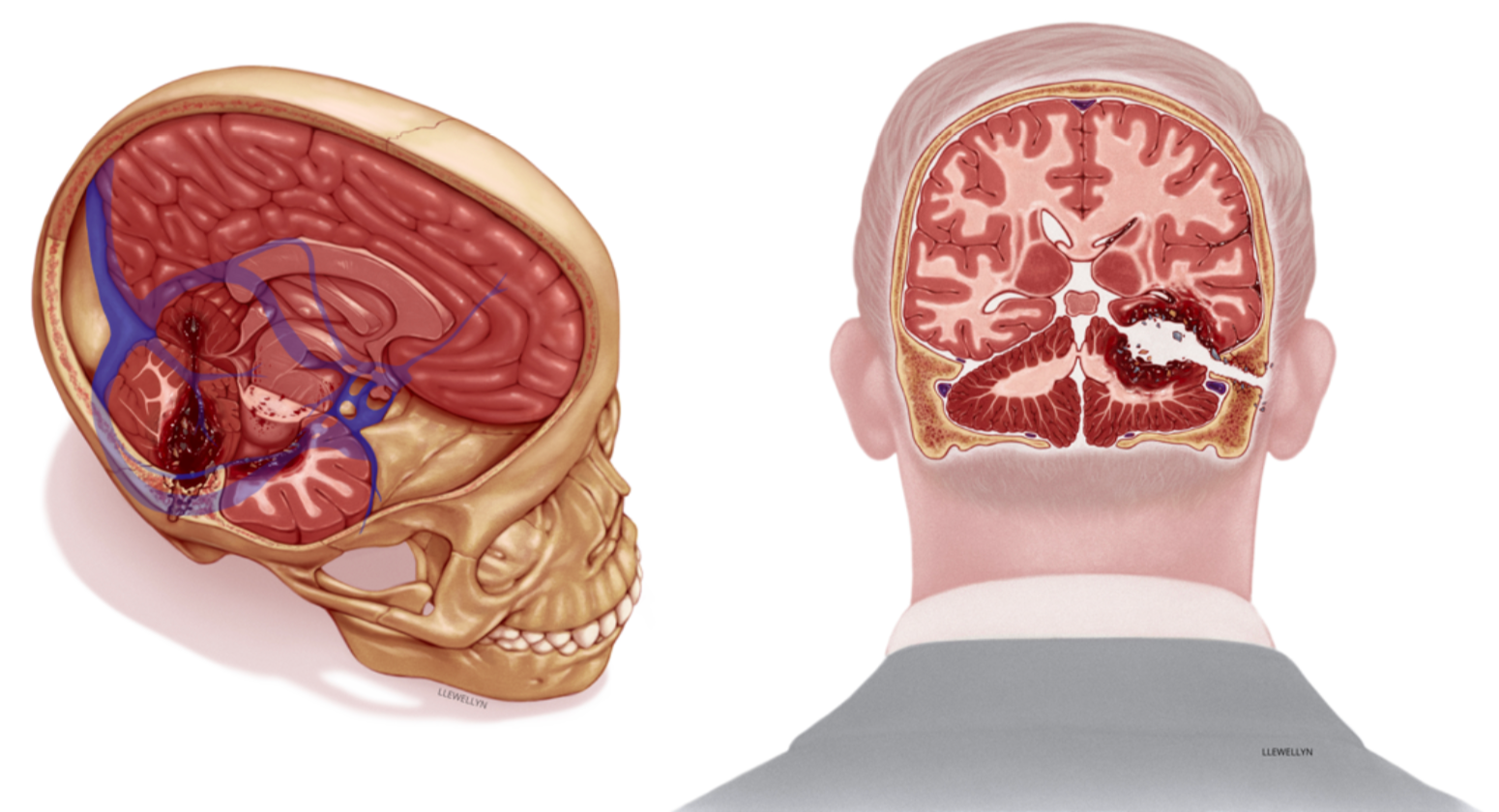 By 12:32AM, RFK was on a stretcher and on his way to LA's Central Receiving Hospital, arriving at 12:45AM. He was immediately cared for by Dr V. Faustin Bazilauskas.

At this stage, Kennedy's gaze became fixed, he wasn't breathing, and his pulse was almost impossible to detect. The medical staff hooked him up to an IV, inserted an oral airway, placed a respirator mask on his face, and started compressions, which went on for 10 minutes. They also gave him some adrenaline and other medications. Eventually, the senator's blood pressure returned.

It soon became obvious to Bazilauskas and his colleague Dr Albert Holt that they weren't able to offer the care required to treat Kennedy's injuries, so they transferred him to the Good Samaritan Hospital.

As the authors of the new study point out, the delay in getting the senator to the appropriate hospital was the biggest mistake made that evening - a problem caused when the initial call for ambulance was made, and the nature of Kennedy's injuries was not fully disclosed.

"If the dispatcher had known the injury was a gunshot to the head, the ambulance driver would likely have been instructed to bypass the smaller hospital and go directly to the nearby 400-bed Good Samaritan Hospital," write the researchers.

That said, the Good Samaritan hospital was just two blocks away, and as the authors admit, the delay ultimately didn't have an effect on the final outcome.

Once at the ICU unit of the new hospital and placed under the care of Drs Paul A. Ironside and Hubert Humble, RFK was disrobed so that his other two wounds could be inspected. He had a gunshot wound on the right side of his back, with X-rays showing a bullet lodged in his neck; the injury was not considered life threatening. He also had a wound on his right shoulder, but no other bullets were found lodged within his body.

The senator was now in very bad shape, and he was no longer responding to pain. At 2:45AM, Kennedy was transferred to the operating room where he received an emergency craniotomy. In 1968, doctors did not have the benefit of modern medical tools such as computed tomography (CT) scans, but they did have X-rays, and they were able to perform brain surgery, and in a manner similar to how it's still done today.

Over the course of the three hour and 45 minute long craniotomy, the doctors worked to remove as many bits of bone and bullet fragments as possible. After the surgery, RFK regained some motor activity on the right side of his body, as shown by his response to a pin prick.

During his brief postoperative phase, several specialists around the US were consulted. All agreed that the senator was in grave shape, and that in the event he somehow managed to survive the brain injury, he would remain in a severely compromised neurological condition.

RFK remained relatively stable in the hours following the surgery, but by 6:00PM on June 5, about 12 hours after the craniotomy, his condition began to deteriorate. The pressure in his brain began to rise, his electroencephalogram readings became flat, and he stopped breathing. Kennedy never regained consciousness, and he was pronounced dead at 1:44AM local time on 6 June 1968.

The doctors had worked feverishly to save his life, but death was not unexpected. Aside from the 45-minute delay in getting Kennedy to the Good Samaritan Hospital, the authors found no faults with the care administered to the senator.

"It is the authors' opinion that Senator Kennedy received aggressive and appropriate care in line with the standard of the day," write the authors in the study.

What's more, if the shooting happened today, Kennedy would still have died, the authors state. The only differences between the care Kennedy received in 1968 and the care he would have received today include postoperative monitoring and the types of medications used.

According to Kennedy's autopsy report, the senator suffered extensive injuries to his right cerebellum (the part responsible for motor control) and right occipital lobe (required for visual processing). The report also noted damage to the brainstem, and evidence of haemorrhaging both inside and outside of the skull. Bone and bullet fragments, despite the surgery, were found lodged in tissue throughout the brain.

Powder burns suggested the gun was fired at point blank range, no less than three inches away from the senator. As the authors note in the study, this should put conspiracy theories to rest about an alleged second shooter:

This is despite the fact that many people witnessed the shooting. Much has been made of the fact that the assassin approached Kennedy from the front, but the gunshot wounds were in the back. Several witnesses documented that Kennedy's head was turned to his left as he was shot, which explains the trajectory of the bullets. In addition, witnesses claim that Sirhan came no closer than a foot from Kennedy when the shooting occurred, but the autopsy report estimates that the gun was within inches of the skin based on the presence of gunpowder in the wound. The same witnesses did not see another shooter. Despite concern over the trajectory of the bullet and controversy about gunpowder on the skin, there was never clear evidence of conspiracy and Sirhan was ruled the lone gunman.

Sirhan, a Christian Jordanian of Palestinian descent, was found guilty of murder and sentenced to death, though his sentence was later commuted to life in prison. Writing in his diary, Sirhan wrote that "Kennedy must die" owing to his support of Israel.

Hubert Humphrey would go on to win the Democratic nomination, with Republican Richard Nixon winning the presidential election. These were trying times for the United States. Martin Luther King Jr had been assassinated just two months before RFK, and the country was mired in a the very unpopular Vietnam War. Four years later, the Watergate scandal would rock the nation.

America is no stranger to tumultuous times, as these new examinations of history continue to remind us.