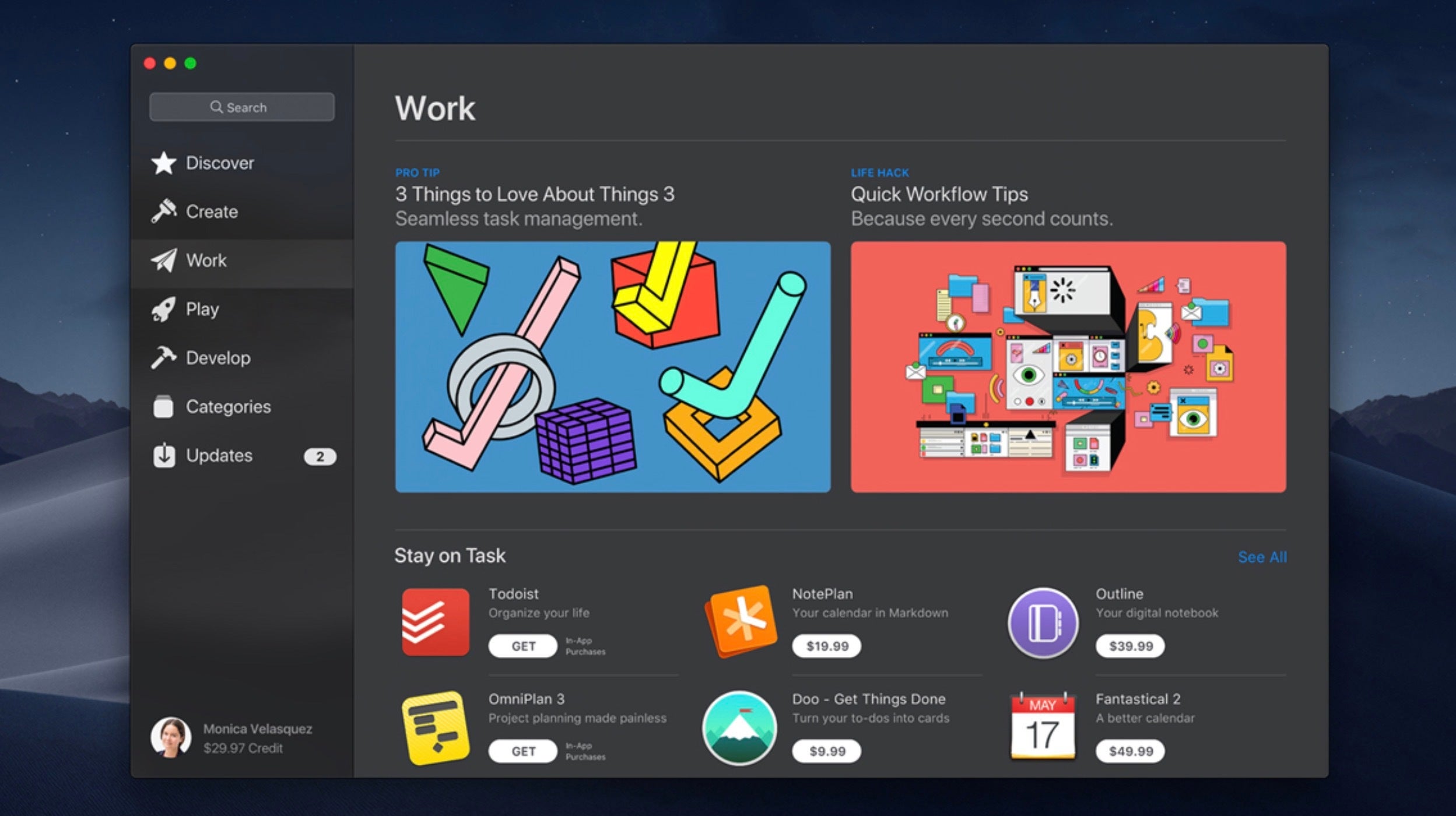 Apple, at its Worldwide Developer Conference, announced that the Mac App Store is getting a much-needed redesign in the macOS Mojave update that's scheduled to arrive in spring.

From a visual perspective, the update puts the App Store more in line with its iOS equivalent, presenting a more curated list of apps, along with some editorial content (think tutorials, reviews and app roundups).

Preview videos will let you see what you're getting before you buy, and the new design breaks up the store into sections such as Create, Work, Play and Develop. The Discover tab has been updated to showcase new apps as well as tips and tricks for the apps you already own. 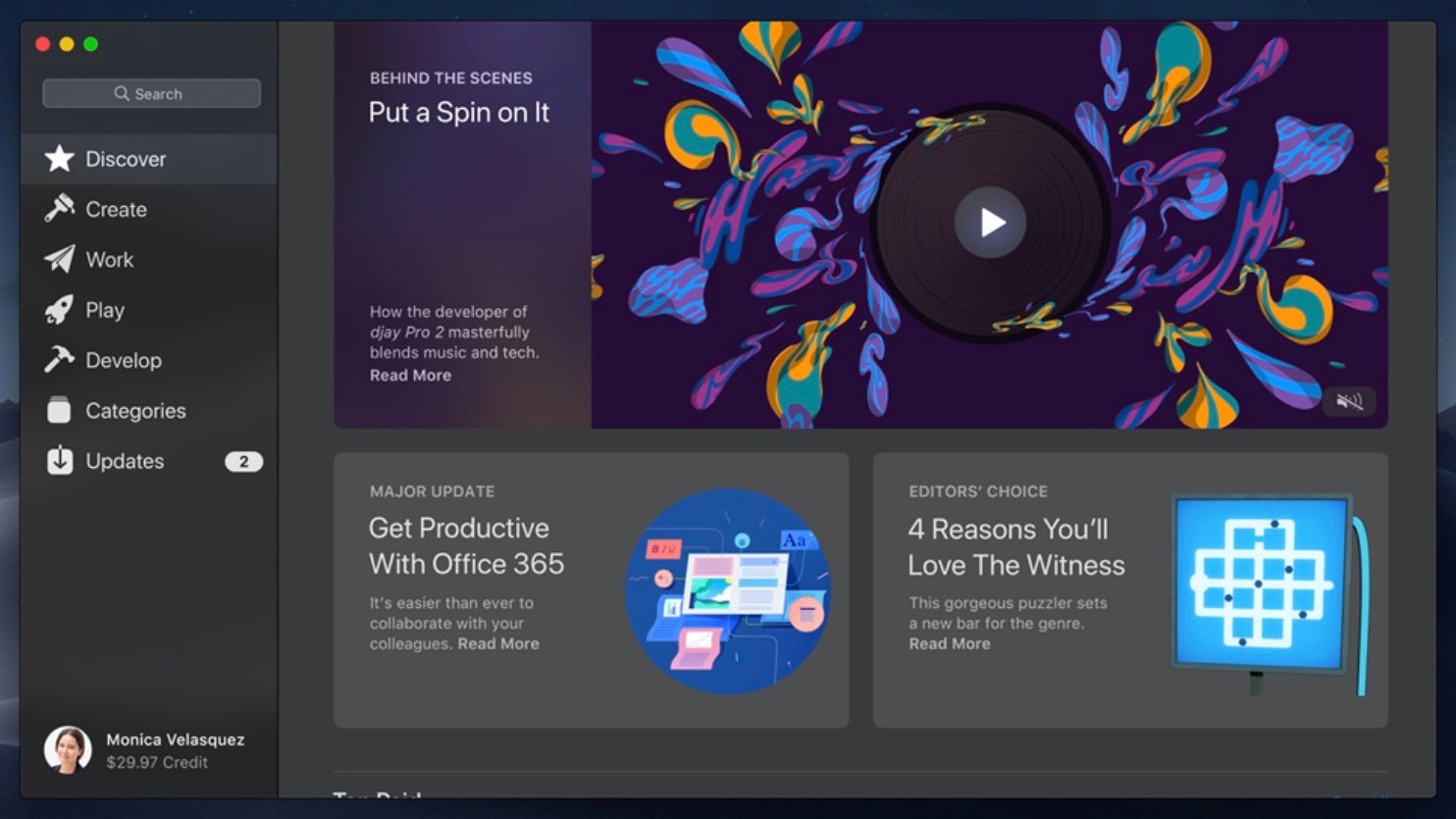 Some well-known apps are also hitting the Mac App Store soon. Apple says apps such as Adobe Lightroom CC and Live Studio from Snap Inc. will be made available for download through the store for the first time, though there's no word on how app subscriptions will be managed (this has appeared to be a point of contention for developers such as Adobe).

In a move you could describe as "poetic", Microsoft's Office 365 is also hitting the Mac App Store, just in case you aren't a big fan of Apple's own suite of productivity software. Just like old times, am I right? 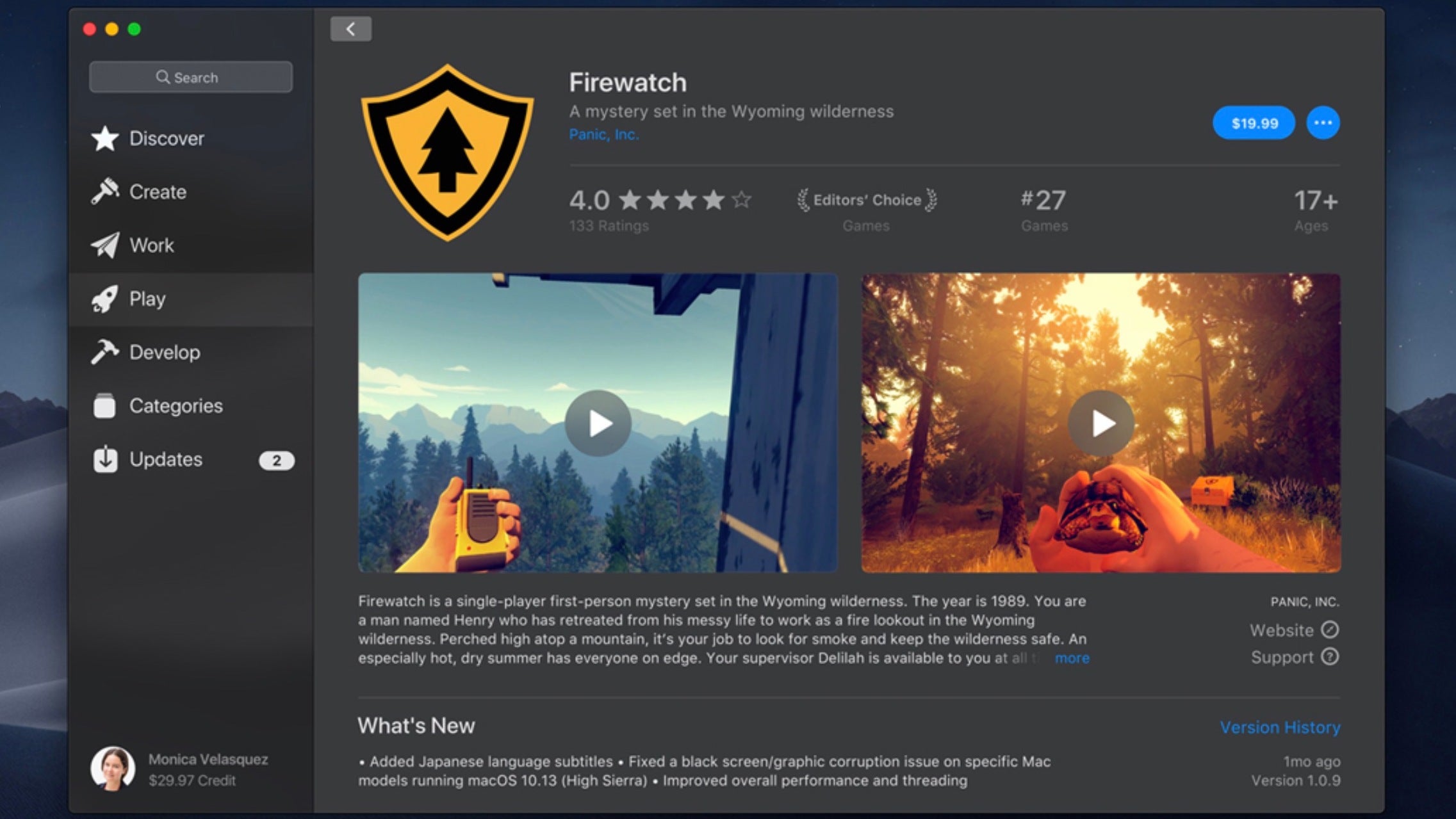 You can expect to get your hands on the redesigned Mac App Store this spring, when Apple officially releases macOS Mojave. If you're a developer, you can snag a beta of Mojave today. Otherwise, if you're feeling adventurous, Apple will release Mojave in Public Beta form this month. Just keep in mind that running beta software on your primary machine is a good way to screw your day up.