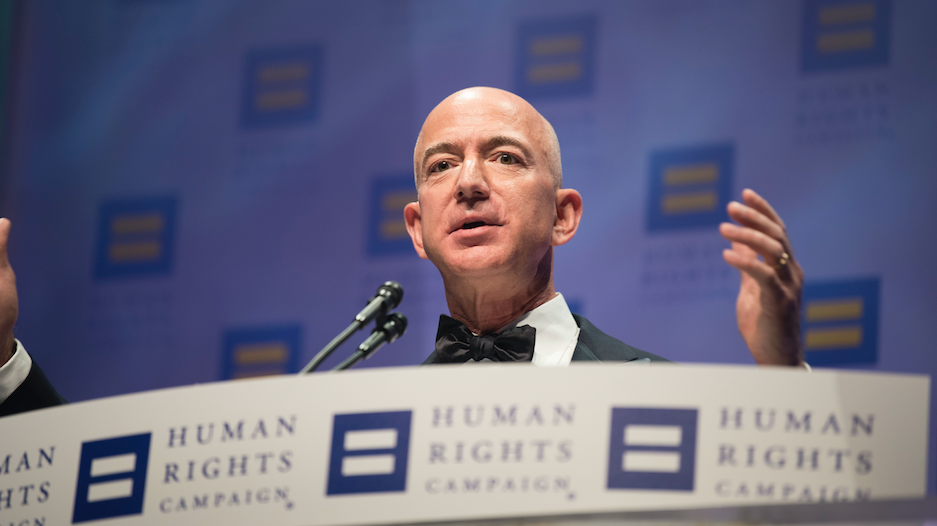 "We are concerned the technology would be used to unfairly and disproportionately target and surveil people of color, immigrants, and civil society organisations," the shareholders, which reportedly include Social Equity Group and Northwest Coalition for Responsible Investment, wrote. "We are concerned sales may be expanded to foreign governments, including authoritarian regimes."

Amazon has publicly promoted how police have used its face recognition software to identify people of interest to law enforcement. On Amazon's website, a systems analyst with Oregon's Washington County explained how Rekognition was fed a database of 300,000 arrest photos to match against faces seen in surveillance images.

It's important to note that being arrested is typically what causes a person to end up in a database, not being convicted of a crime. If an arrestee is ultimately found innocent, there's no guarantee their photo will be cleared from these databases for future matching.

In May, the ACLU released troubling internal documents, including an email from a Washington County official telling Amazon they were using Rekognition to identify "unconscious or deceased individuals" as well as "possible witnesses".

Another document showed the software identifying a photo of O.J. Simpson as a 93.53 per cent match with a white arrestee.

Backlash was swift, particularly from minority members of Congress. The Congressional Black Caucus sent a letter to Bezos noting that because "communities of color are more heavily and aggressive policed than white communities", they are concerned about "wrong decisions will be made due to the skewed data set produced by [...] unconstitutional policing practices".

Face recognition becoming a police tool used more often on people of colour is alarming for many reasons, least of all being that it's less accurate on them. Representatives Keith Ellison and Emanuel Cleaver, both black, also sent a letter to Amazon regarding concerns about the technology's accuracy, citing an MIT study which found enormous racial disparities in the accuracy of face recognition technology.

"A series of studies have shown that face recognition technology is consistently less accurate in identifying the faces of African Americans and women as compared to Caucasians and men," wrote Ellison and Cleaver. "The disproportionally high arrest rates for members of the black community make the use of facial recognition technology by law enforcement problematic, because it could serve to reinforce this trend."

Rekognition can analyse images from any source, meaning appearing in images or videos from any police surveillance tool - including CCTV, body cameras and drones - could potentially mean being matched against databases. The privacy concerns are obvious and very real as the US employs face recognition in airports, borders and even schools.

We reached out to Amazon for comment but had not heard back at time of writing.