What's The Worst A Chilli Can Do To You? 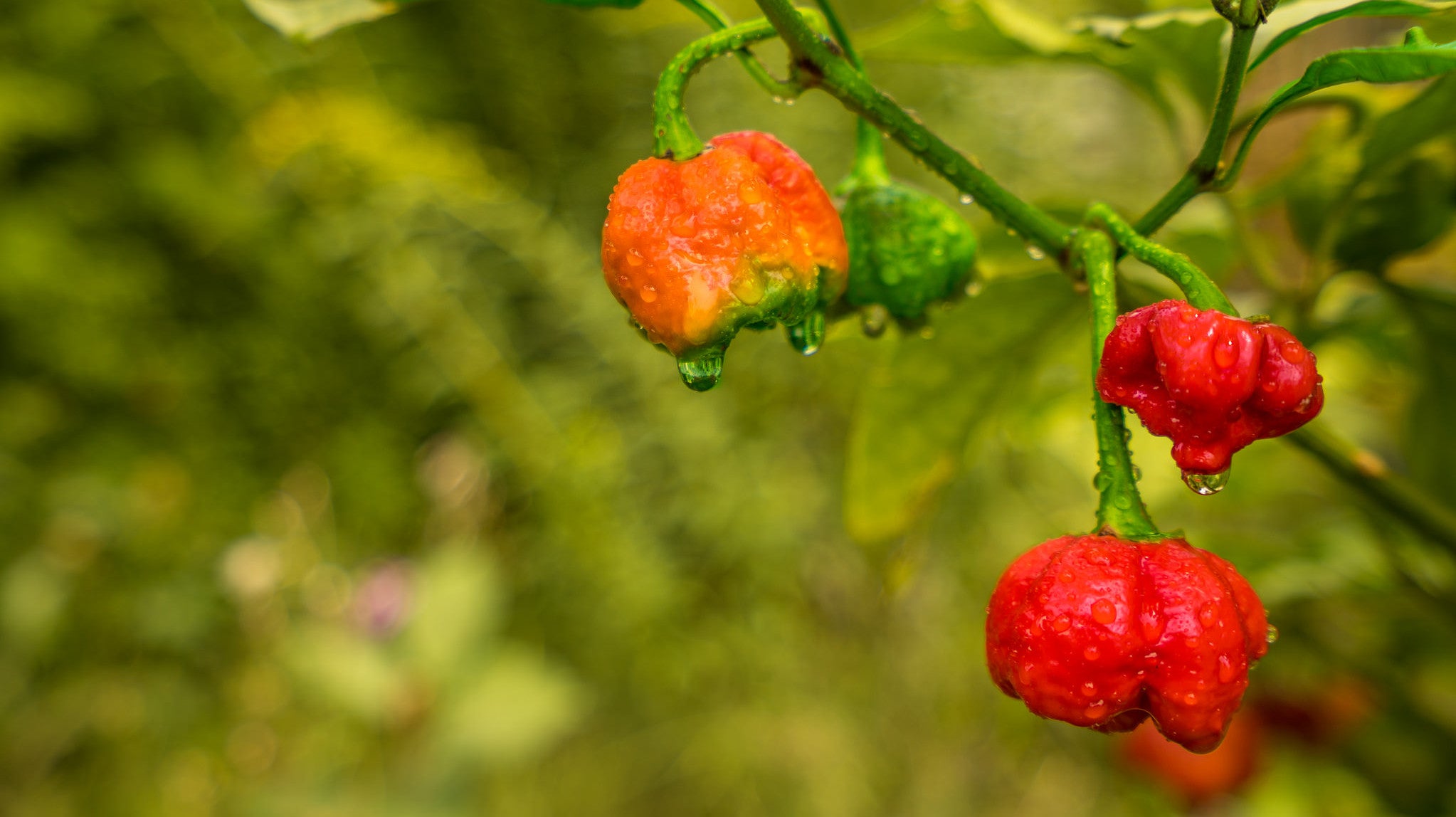 Last month, The BMJ published a case report about a 34-year-old man admitted to an emergency room in Cooperstown, NY with thunderclap headaches, a particularly painful kind that can be a sign of cerebral haemorrhaging. His symptoms included dry heaving and intense head and neck pain. The man traced his anguish to a chilli eating contest a few days prior where he consumed a single Carolina Reaper, the Guinness World Record holder for the world's hottest chilli.

Fortunately, an injury like this is rare. "The risk is minimal," says Paul Rozin, PhD, a professor of psychology at the University of Pennsylvania who specialises in cuisine and its role in society. Rozin has studied the unique appeal of chilli since the early 1980s.

The harmful effect of chilli consumption has not been studied in depth, Rozin says. Some eaters experience inflammation of the digestive tract and some vomit from consuming a spice load they can't handle. But Rozin says that if chilli was widely detrimental, they would not be so widely eaten and crucial to the cuisines of several cultures.

Richard Nass, MD, an ear, nose and throat specialist and clinical associate professor at the NYU School of Medicine, says chilli's effects on the body can be unpleasant, but are usually temporary and minor. "You might have breakdown of the mucosal lining [of the digestive system] and acid reflux coming up to the throat," Nass says. Such problems can be treated by over-the-counter remedies, time, and a few days on a mild diet. "It's a good time for chicken and rice," he says.

Noah Chaimberg, a chef and founder of the Brooklyn-based hot sauce retailer and formulator Heatonist, recommends dairy products, such as whipped cream and ice cream, for those feeling a sting after downing spicy food. Capsaicin is lipid-soluble and will be absorbed by the fat in these foods, he says.

Most bad chilli trips can be resolved through small steps. Still, there have been some extraordinary incidents of chilli overdosing, requiring emergency medicine, documented in case reports. (A case report is an isolated incident that doctors find unusual or interesting enough to document for the medical community.)

A CT scan of the man with the thunderclap headaches showed signs of reversible cerebral vasoconstriction syndrome, a rare condition that results from a sudden tightening of the vessels that supply blood to the brain and causing monster headaches. Doctors released him after a few days of treating and monitoring symptoms. With no underlying medical condition, they concluded that the cause was his reaction to the chilli.

The Carolina Reaper, the type of chilli he ate, has an average heat of 1.6 million Scoville units, although individual chillies have ascended to 2.2 million. The Scoville scale measures the concentration of capsaicin, the irritant in chilli that give them their spicy heat. For comparison, serrano chillies burn with 10,000 to 20,000 Scovilles and jalapenos 2500 to 10,000.

A 46-year-old California man took a dare at an eating contest in 2016 and consumed a hamburger flavoured with a puree of ghost chillies, a kind that reaches one million Scovilles. He wound up at the Department of Emergency Medicine at the Alameda County Medical Center in Oakland with a 2.5cm tear in his oesophagus. Physicians operated immediately and the man spent 23 days at the hospital, 14 of them intubated - all because of a burger.

In 2014, a 45-year-old man came into an emergency room in Charleston, South Carolina, complaining of difficulty urinating and "red chunks" in his pee. "The patient actually reported he was urinating 'red peppers' when he ate spicy food," according to the case report. An ultrasound revealed an enterovesical fistula, a breaking of the boundary between bowel and the bladder, funnelling digestive debris into the man's bladder.

Such cringe-worthy incidents are anecdotal, but there is a reason why chilli feels harmful and put the body in distress: Capsaicin binds to certain pain receptors in the nose, mouth and skin. The sweats, redness of skin, and salivating that follow are part of the body's system of expelling harmful toxins.

While no studies have been completed to validate the notion, extreme bodily reactions, such as those above, are likely the result of extreme capsaicin intake. "It's usually the bodily reaction to the pepper that causes the damage," says Rozin.

Why do we eat a food that literally causes pain? "It's like a roller coaster," says Rozin. "Initially, it seems dangerous and it may take a while to adapt to it, depending on who you are. But even if aware it won't hurt you, you do it for the thrill."

In the last few years, this desire to MTV's-Jackass-ify one's diet for a kick has led to an arms race among mad botanists to create the world's hottest chilli.

The Hottest Chillies Are Getting Hotter

The spiciest long-cultivated chillies include the ghost chilli and Trinidad moruga scorpion. Both blaze at about one million Scoville units.

Then, in the 2010s, came the "Butch T" scorpion chilli, a variety of the Trinidad moruga scorpion developed by Butch Taylor for the Hippy Seed Company (Scoville level of 1.4 million) and the Carolina Reaper, the creation of Ed Currie of the PuckerButt Pepper Co., a 1.6-million Scoville chilli. Both held the Guinness World Record for a time and are the subjects of YouTube food challenge videos.

In 2017, Mike Smith, a farmer in North Wales, created a chilli he called Dragon's Breath that researchers at Nottingham University say reaches 2.5 million Scovilles. Smith says it's potentially lethal to eat but might be useful in medicine, to numb the skin of people allergic to traditional anaesthesia.

Not to be outdone, that same year, Ed Currie, of Carolina Reaper fame, introduced Pepper X, which he reaches 3.18 million Scovilles.

Chaimberg, founder of Heatonist, sells a sauce that incorporates Pepper X and has a few of the chillies in a fridge at his company's kitchen lab. "I've taken a spoon and pressed it against the pepper and tasted it," he says. "It burns." The company sells a Pepper X-based sauce called the Last Dab whose first 1000-bottle run sold out in 90 seconds.

Chaimberg, a former chef, says that he and his customers know they are teasing their body's pain and irritant detection system and that's a critical part of his products' appeal. "It almost makes your food four-dimensional in that there is this element that usually isn't there," he says. "It's engaging you physiologically and releasing these brain chemicals that aren't usually released."