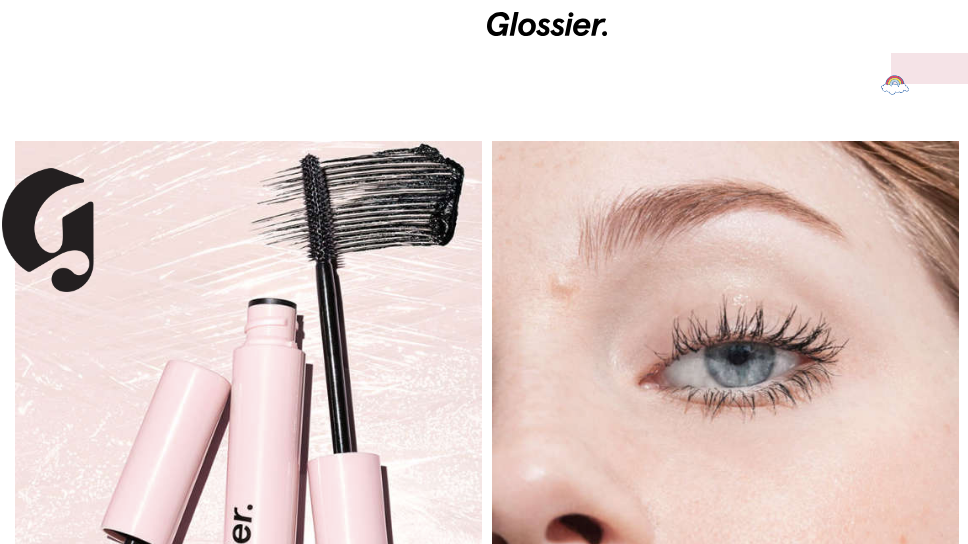 A woman who is legally blind has filed a class-action lawsuit against beauty brand Glossier for failing to create an accessible website. The woman, Kathleen Sypert, claims that she “encountered multiple access barriers” when visiting the website, denying her and other visually impaired and legally blind users equal access to Glossier’s amenities.

Sypert’s complaint is far from unprecedented – there has been a rise in federal and class-action lawsuits filed against companies for not maintaining accessible websites. These types of lawsuits typically demand that the company stops discriminating against the plaintiffs and fix its website so that it is fully accessible to people with disabilities. Sypert filed similar complaints against a number of other companies based in New York on the same day, Racked reports.

According to the complaint against Glossier, Sypert attempted to navigate the company’s website in April and faced a number of obstacles. For starters, Glossier’s website reportedly doesn’t include alternative text (alt-text). Alt-text is coded within the HTML displaying a graphic — it is not visible to users unless they hover over the image. For people using screen-reading software, alt-text lets them listen to a description of the image. Visually-impaired users navigating Glossier’s website won’t be able to identify what is featured on the website, including store details, products, and prices, the complaint notes.

Glossier is hardly alone in failing to design an accessible website – a lot of developers fail to comply with website accessibility standards — but the rise in such suits relates to recent rulings on a specific section of the Americans with Disabilities Act (ADA). Sypert’s complaint alleges that Glossier is violating Title III of the ADA, which “prohibits discrimination on the basis of disability in the activities of places of public accommodations,” like restaurants, schools, and movie theatres, for example.

As Racked noted, this section of the ADA has historically applied to physical spaces, and doesn’t include language with regards to the digital world, like websites. But in June of last year, grocery store chain Winn Dixie was found in violation of Title III of the ADA for having a website that was not accessible for a blind individual navigating it with screen-reading software. A judge found that the grocery store’s website was indeed a place of public accommodation and thus denied the litigant “the full and equal enjoyment of the goods, services, facilities, privileges, advantages or accommodations that Winn-Dixie offers to its sighted customers.”

Sypert’s lawsuit follows a similar rationale. Without alt-text and other accessible design features, people using screen-reading software aren’t able to determine basic information not only to purchase goods and services on the Glossier website, but also to find out details related to the physical stores. The complaint notes that Glossier has locations around New York and the US, and that its website is a “gateway” to these physical locations.

While such lawsuits may take allegedly non-compliant companies by surprise, courts are where the law as written becomes the law as applied, and often the only way for legislation to keep pace with our increasingly digital lifestyles. In this case, the U.S. Department of Justice’s failure to release long-promised guidelines outlining how companies could ensure their websites comply with the ADA has left interpretation to case law.

“The fact it is still necessary to convince businesses that website accessibility is part of just operations is saddening,” Cynthia Bennett, a PhD. Candidate in Human Centered Design and Engineering at the University of Washington, told Gizmodo in an email. “But inaccessible websites quietly commit similar discrimination by sending a message that people with disabilities are not the type of visitor the company expects on their website.”

“Many of us enjoy curb cuts, elevators, and electric toothbrushes which can be attributed to the activism and creative ingenuity of people with disabilities,” she added. “Why wouldn’t companies be excited to include us? It’s a question that enters my mind daily as I still struggle to do basic things like read articles and purchase products online with my screen reader. I’d like to stop asking myself that question.”

Sypert’s complaint demands that Glossier train its developers on Web Content Accessibility Guidelines (WCAG) 2.0 as well as routinely check its website to make sure it’s following the aforementioned guidelines. Also, the complaint states that Glossier should have legally blind or visually-impaired people test the accessibility of its site regularly as well as create and clearly disclose an accessibility policy on its site that allows users to report any issues.

We have reached out to Glossier for comment and will update this story if and when they respond.