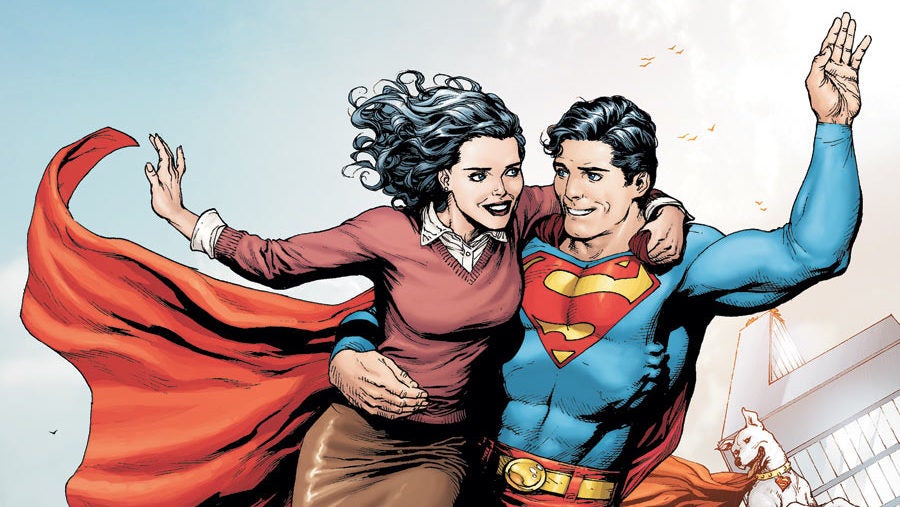 Superman can sleep soundly tonight. The FBI, which is apparently aware of his secret identity, has decided to keep things under wraps, acknowledging the Kryptonian's right to privacy ultimately outweighs the public's need-to-know.

Proving the old FBI proverb "when in doubt, cross it out" still permeates the bureau's hallowed halls, the agency decided to redact the names of reporters from The Daily Planet - the fictional newspaper of record for the City of Metropolis in the DC universe - in records disclosed in response to a Freedom of Information Act (FOIA) lawsuit.

The records, which pertain to the Church of Scientology, contain the names of fictional DC comic book characters, which the FBI withheld citing two exemptions to the federal FOIA statute. The exemptions allow US federal agencies to withhold information from the public if they believe disclosing it would "constitute a clearly unwarranted invasion of personal privacy". (For some reason, ace Planet photojournalist Jimmy Olsen's name was not redacted.)

Emma Best, an investigative journalist at MuckRock, sued the FBI last year after it denied her access to the bureau's investigative files related to the Church of Scientology. In response to Best's complaint, the FBI began releasing non-exempt records in June 2017.

Best said the redactions signify the typical lack of due diligence on the FBI's part when it comes to processing public records requests. "It's easy to laugh at this, and it is laughable, but it also highlights how bad the FBI is when it comes to FOIA," she said. "There are no explanations for this aside from gross incompetence, negligence and/or bad faith."

The FBI appears to have redacted the names of comic book characters like Clark Kent, Lois Lane and Jimmy Olsen on privacy grounds. #FOIA pic.twitter.com/NBBh08F7kl

Previous records obtained by Best revealed that Scientology founder L. Ron Hubbard was himself eager to become an FBI informant in the early 1950s. Letters show that Hubbard wrote to then-FBI Director J. Edgar Hoover to provide the FBI with a list of members of the Hubbard Dianetic Research Foundation - a precursor to the Church of Scientology - whom he believed were communists. He also sent copies of the member's fingerprints.

Hoover responded by thanking Hubbard and informing him that the FBI had "no authority to handle fingerprints" unless they were received from "bona fide law enforcement" sources.

In a more recent release, a batch of FBI files reveals that the Church of Scientology once drafted what it called a one-act "play" featuring characters from the DC comic Superman, set in the "busy newsroom of The Daily Planet". (A full copy of the FBI record is below.)

The sole purpose of the sketch was to play out an imaginary conversation between "the greatest reporter of them all" (Lois Lane, presumably) and a former Scientology member, whom the organisation sought to quietly discredit.

The former member, whose name was also withheld by the FBI, is the author of an 88-page anti-Scientology paper, which the organisation had reason to believe had fallen into the hands of the Los Angeles District Attorney's office.

With the help of Google and some context clues provided by the FBI, Gizmodo found the paper online; it was authored by California resident Lawrence Wollersheim, who previously sued the Church of Scientology claiming that while a member he was subjected to mental abuse that nearly caused his suicide.

The Church of Scientology paid Wollersheim $US8.6 million ($11 million) in 2002, ending a case The Washington Post called "one of the longest-running in California history".

Best's attorney, Dan Novack, who litigated the FOIA case against the FBI pro bono, said the bureau's FOIA staff probably wouldn't have redacted the names of the fictional DC character if they'd bothered to examine the records more closely. (Disclosure: Novack represents Gizmodo in an unrelated but ongoing lawsuit against the FBI.)

"Though to be fair," he said, "Kryptonians are entitled to just as much privacy as other Americans."

Novack added that, "all kidding aside", while it took a lawsuit to get the FBI to start releasing the files, the FBI's conduct in the case has been forthright overall. With little pushback, the notorious FOIA violator has handed over roughly 500 pages every month.

The FBI is preparing to release roughly 10,000 additional pages of Scientology-related documents. The records, according to Novack, relate to "Operation Snow White", a criminal conspiracy in the 1970s, in which Church of Scientology leaders were accused of infiltrating and burglarising government offices.

Eleven members, including Hubbard's wife, Mary Sue, were found guilty in connection with the charges.