That Was A Most Violent And Delightful Westworld 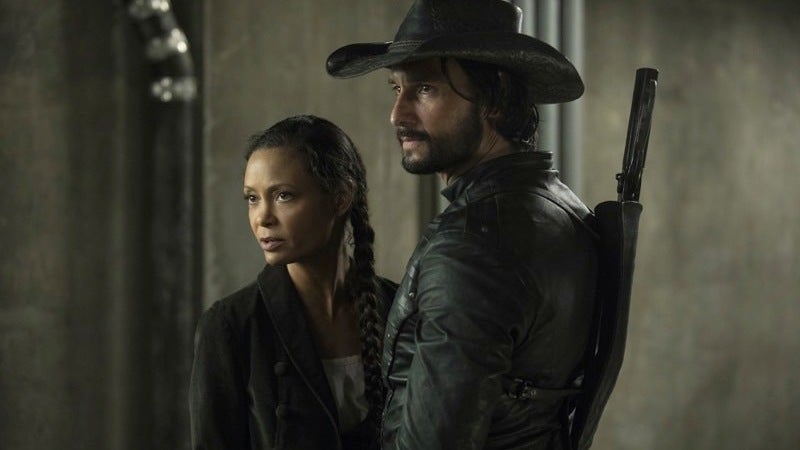 Last week, we got our first extended look at human life outside Westworld. This week, on "Virtù e Fortuna", we finally got a peek at some of Delos' long-hinted-at other parks, with callbacks to reveals in the season one finale and the season two premiere. Violent delights abound, of course.

We open not in the now-familiar landscape of the Wild West, but colonial India - welcome to Raj World (AKA The Raj), where the familiar Westworld player piano is swapped with a sitar noodling on a White Stripes song, elephants replace horses, pith helmets stand in for cowboy hats, and Bengal tigers roam the landscape as prey for hunt-happy guests.

A pair of guests makes a lust connection, but the woman is intent on first making sure the man is 100 per cent human (he is), unlike the Westworld guests we've seen willing to pounce on any robot in their path.

It seems as though there's something going on with her beyond being a regular ol' rich patron (like, what's that weird map or diagram in the notebook she's carrying around?) - but all that kind of falls to the side when the host rebellion rises up in Raj World, too, and she's forced to evade a murderous host and a fearsome tiger.

A bit later in the episode, we see it's indeed the same tiger that washed ashore on Westworld in the premiere, having somehow managed to cross the park lines. Gasping for breath as she claws her way ashore, the woman also ends up in Westworld... but her fate at present is unknown since she was greeted by a group of presumably most unfriendly Ghost Nation hosts.

After that opening, we jump to what's so far the latest point in time this season, after the Delos recon team has arrived at Westworld and roused a weakened Bernard (Jeffrey Wright) from his sandy resting place.

We still don't know how he got there, but the episode does explain how he became separated from Charlotte (Tessa Thompson) while they were trying to track down Abernathy (Louis Herthum), the host formerly known as the father of Dolores (Evan Rachel Wood) - you know, the guy whose robot brain is stuffed full of billions of dollars worth of information appropriated from the late Robert Ford.

After a skirmish with a group of "Confederados" - the very soldiers who've just joined up with Dolores/Wyatt - Bernard and Abernathy, both of whom are in struggle mode at this point, are captured and brought to the fort, though Charlotte manages to escape on horseback.

For her part, Dolores is mostly focused on prepping for the invasion (that is, the heavily-armed Delos militia) she knows is coming, but the sight of the man she remembers as her father gives her pause. He remembers her, sorta, but he's also stuttering and tangled up in every other role he's ever played, not to mention - as Bernard discovers - unwittingly hiding a hell of a lot of top-secret data in his noggin.

Moments after Bernard's "oh shit!" moment, there's a tremendous battle that sees nearly everyone wiped out, though Delos soldiers are able to grab Abernathy and remove him from the premises despite Dolores' bullets. (Based on Charlotte's remark that "he seems to keep slipping away from us", which takes place in the later timeline, it seems he'll soon be liberated from their clutches yet again.)

Bernard, whose ear is still leaking robot brain lube, almost makes it out of the fort, but is dragged off in a very bad state by the dead-eyed host that used to be Clementine. 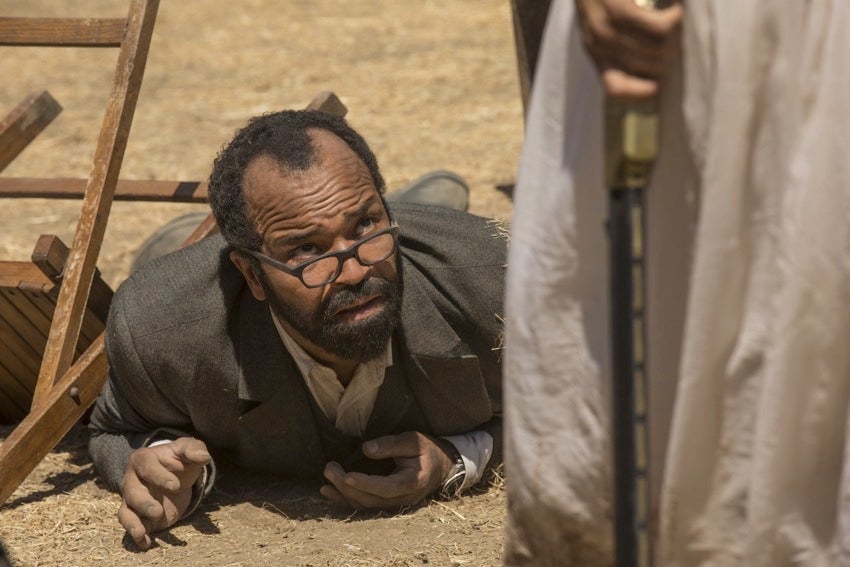 The key scene in "Virtù e Fortuna" is when Bernard and Dolores speak for the first time since Ford's death and the subsequent rebellion. While Dolores has morphed into a more powerful, more aware version of herself, Bernard is weak and disoriented.

"You don't know who you are, do you? The man you're based on? I wonder if there's any of him in you," she asks, speaking (of course) of Arnold, a man she's much more familiar with than she is with Bernard. Bernard replies that he's just a character with a story and a function, exactly like Dolores.

But she's beyond all that, she insists; she's no longer someone who obeys someone else who says "you will", but rather someone capable of saying "I may" instead. Bernard is doubtful of her plans for world domination, but she discredits him because, as she reminds us for what feels like the millionth time, she's actually been to the outside world - she's basically an expert on it, OK? - and she's just as intent on surviving out there as anyone else.

Meanwhile, Maeve (Thandie Newton), Hector (Rodrigo Santoro) and whiny human Lee (Simon Quarterman) have the episode's second alarming encounter with the Ghost Nation; Maeve remembers one of them from her recurring nightmare with her daughter, and things get scarier when they demand Lee in exchange for letting Maeve and Hector go.

Fortunately, they're able to escape into a nearby Delos facility, where Lee, former creator of Westworld narratives, can't wrap his head around the apparently organic relationship that's bloomed between Maeve and Hector, since they were both programmed to be loners. (Maeve, of course, sees right through Lee's disbelief and correctly guesses that he's based Hector's romantic woes on his own lonely life.)

Now a party of six, the group trudges back into the park on the hunt for Maeve's daughter; they're on the far northern edge, passing through the snowy "Klondike narrative," according to Lee. But up ahead, there's a campfire. Who could be lurking in Westworld's farthest frontier? A Wild West prospector? Nope. First clue: Simon digs a decapitated head, still wearing its unusual helmet, out of a snowdrift. And then, from the forest... oh shit, it's a samurai! 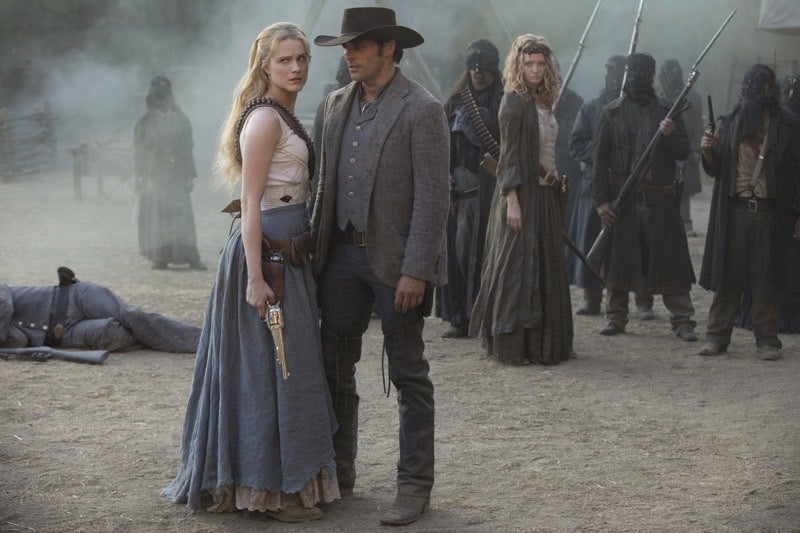