On The Expanse, The Stakes Are Now Higher Than They Have Ever Been 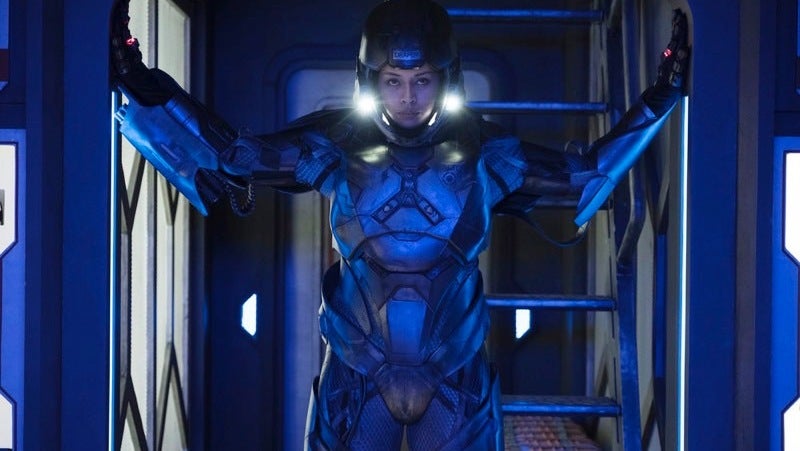 We are nearing the halfway point of The Expanse's third season with episode five, "Triple Point", and the tension has never been higher. The war between Earth and Mars, sparked by a greedy lie, grows ever-deadlier - and the protomolecule has once again done something unexpected and terrifying.

Things have further deteriorated, but the Katoa-Thing is able to murmur a few chilling words: "You can't... stop... the work! Soon... work... finish... soon... soooooon!" It's clearly a reference to whatever's being constructed on Venus, and if you've read the Expanse books, you might have an idea as to what it's referring to.

But there's no information from Katoa on that front, and none will be coming, since he's now mutated way beyond the point of no return. "The protomolecule has an objective!" Mao realises, and he instructs Strickland to get crackin' on another child to serve as a conduit. Next on the list? The precocious Mei (Leah Madison Jung), daughter of Prax (Terry Chen), of course.

Far up above, traffic around Jupiter has gotten worrisomely dense; the Martian fleet has begun congregating around its operations base on Callisto, while the Roci and the UNN Agatha King continue to push toward Io. As usual, Alex (Cas Anvar) has plotted a route that will allow the Roci to continue without being detected - but also as usual, the away team has no plan other than to "go in hot, land hard", and be ready for whatever horrors, human or hybrid, they encounter.

Nearby, aboard the MCRN ship Hammurabi, Ensign Sinopoli (Atticus Mitchell) - the most level-headed of the stranded Martian marines the Roci rescued last week - does his very best to pass on the message from Avasarala (Shohreh Aghdashloo) proving that Earth's UN Undersecretary Errinwright (Shawn Doyle) engineered the Earth-Mars war based on false pretences.

He's met with scepticism by the captain, but one part of Sinopoli's strange-sounding story intrigues her: Avasarala's request to share the missive with Admiral Souther (Martin Roach), who's aboard the UNN Agatha King. We, the Expanse faithful, already know a) the King is no longer under the command of Souther, now that sinister Admiral Nguyen (Byron Mann) has taken control; and b) it's en route to Io, where Nguyen plans to secure Errinwright's child-soldier army of protomolecule hybrids.

Io is a destination so weirdly random that the Hammurabi changes course to see what the hell Earth might be hiding there - a move that does not go undetected by those aboard the King, though everyone on that ship who isn't in cahoots with Nguyen is really starting to hate the guy. In addition to being a total prick, he's been beaming secret messages to the UN (that is, Errinwright) and to Io (that is, Mao) since he came aboard.

But the crew that's loyal to Souther has received a secret message of their own because the Hammurabi has decided to go ahead and transmit Avasarala's damning evidence against Errinwright. 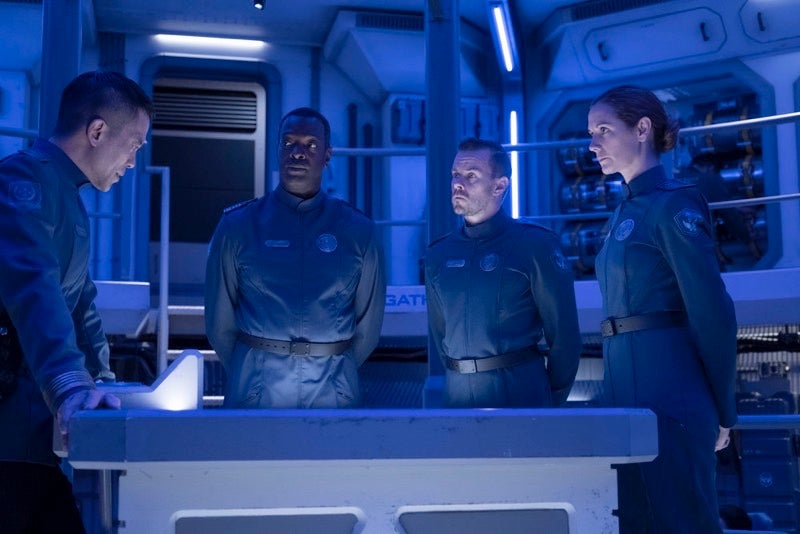 With a corrupt new captain in charge, the situation aboard the Agatha King goes from bad to hellish with rapid speed. Photo: Rafy (Syfy)

Things get very messy after that. The Earth's King and Mars' Hammurabi move ever-closer to each other, and everyone on both ships hustles to their battle stations. The Hammurabi holds steady, under the guidance of a captain who'd rather keep a cool head than rack up a body count.

The King, under the tightly-wound Nguyen, prepares to fire, but the Souther loyalists wrest control! Souther's able to transmit a message to everyone, Earth and Mars, explaining that Nguyen's a conspirator in an illegal war! But before he's able to finish his speech (or send the proof), Nguyen wrestles away a gun and shoots him dead! (I screamed... OK, I was screaming throughout this entire scene, to be honest.)

Nguyen's so furious that he starts firing upon Earth ships that refuse to return to his fleet; meanwhile, the Hammurabi sends out a message across the system offering help to any ship that declares its peaceful intentions. Nguyen has a retort all planned out for the Martians, but first he's going to need to retrieve a very special new weapon from Io.

Meanwhile, aboard the Roci, Avasarala - who last week convinced Holden (Steven Strait) to let her send that Errinwright message out - tries to use her powers of persuasion for something even bigger. "You can't nuke Io," she pleads. "I need the protomolecule." But she doesn't want it as a weapon; she's concerned about WTF it's been doing on Venus, and she thinks understanding the protomolecule is essential to the survival of the human race.

Avasarala isn't wrong, and Holden knows it, but the "nuke 'em if everything goes sideways" option is still in play when Roci reaches Io.

Everyone's prepped for battle - especially Bobbie (Frankie Adams), who's hungry for protomolecule payback in her fully-charged power armour, and Prax, newly weapons-savvy thanks to his BFF, Amos (Wes Chatham). When we first met Prax, he was a mild-mannered science geek... but after all he's been through, he's more than ready to seek violent revenge if he's too late to rescue his daughter.

Yeah, about that. Though the Roci crew sees hybrid pods being launched toward the King as they're busting into the facility on Io, there's no certainty that Mei is among them. Because the last we saw of Mei, she was being strapped into place as Katoa's replacement - presumably still on Io, but hopefully not yet filled with creepy blue goo. Will she be saved in time? 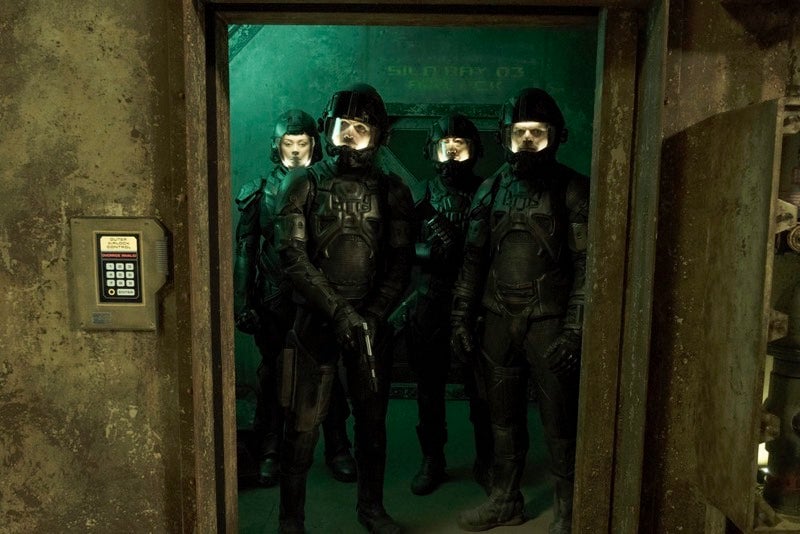 The Roci crew barges the lab on Io... but are they too late? Photo: Rafy (Syfy)