Scientists at the University of Manchester in the UK trained a spider named Kim to jump for them, then recorded her leaps on high-speed cameras. But don't worry, their research - published this week in Scientific Reports - isn't meant for anything nefarious. Nah, they just want to learn how to build a whole legion of jumping spider-robots.

Rather than scrounging around a damp basement or sweltering jungle, the researchers simply went to a pet store in the UK to recruit their subjects. They bought four female regal jumping spiders (Phidippus regius), one of the more than 6000 species of jumping spiders that belong to the Salticidae family of arthropods.

Then they constructed a device with two platforms across from one another that could be adjusted in height and distance, along with two high-speed cameras that could capture the spiders from above and from the side.

"Spiders represent an unique class of natural jumping insects. Whilst most insects use jumping to escape predation; spiders jump to predate," lead author Mostafa Nabawy, a researcher at the University of Manchester's School of Mechanical, Aerospace and Civil Engineering, told Gizmodo via email. "As such, they offer exemplary jumping behaviour at small scale with evidence of intelligence in assessing surroundings and planning prey capture."

Their subsequent work isn't the first to study jumping spiders in the lab. But the researchers say they're the first to successfully look in on these spiders jumping from varying distances and heights, along with the first to capture those leaps in such detail. 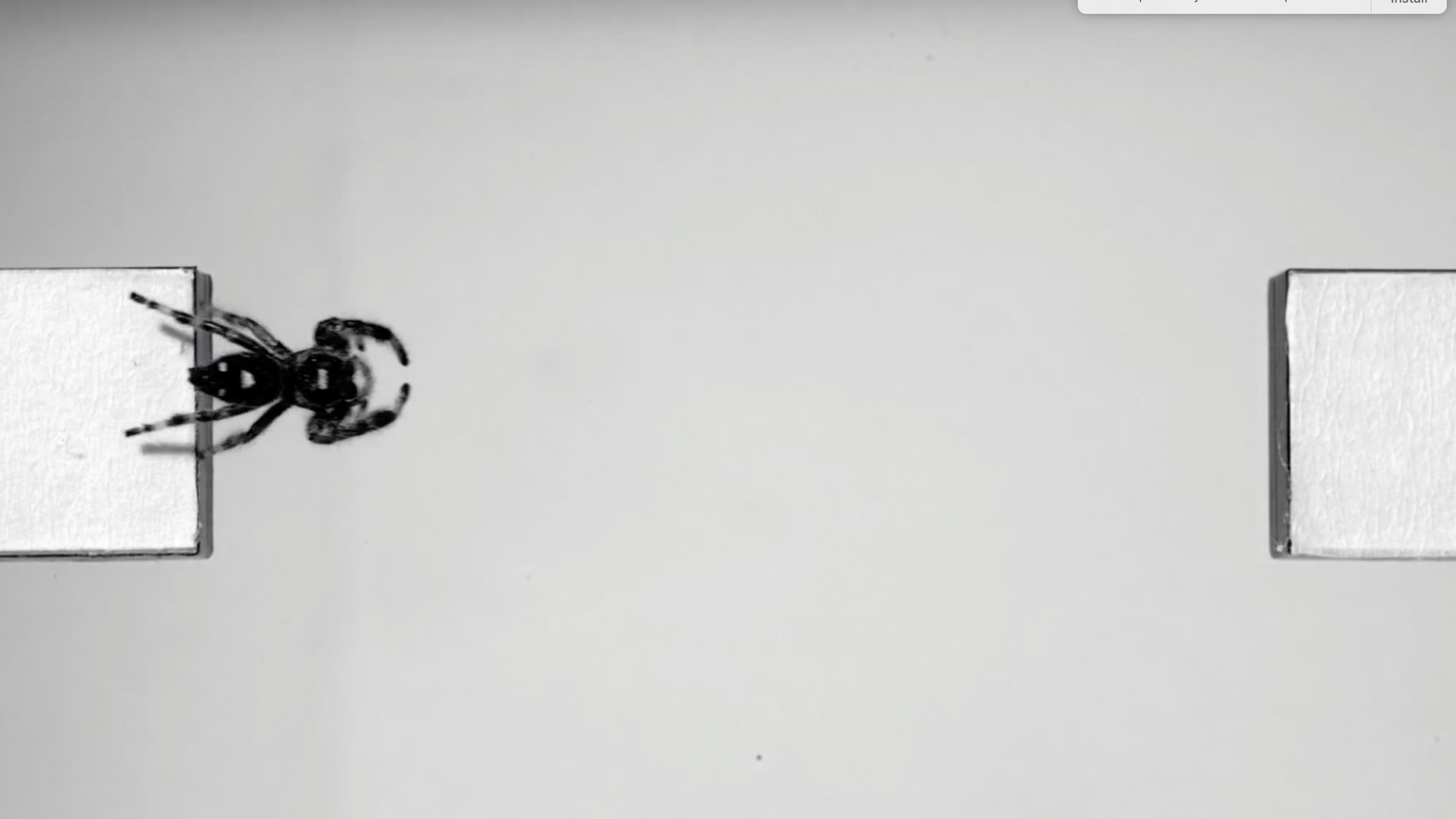 Contrary to what you might expect, though, the team didn't use bait to entice the spiders to jump. Like many spiders, these guys only need about one tasty bug per week to stay satiated, which would have made any treat-based trials take forever.

"To train a spider to jump, we transfer the spider between the two jumping platforms till it becomes familiar with the challenge," Nabawy explained. "However, the main issue is that not all spiders will be willing to jump on demand in a laboratory set-up. For example, in our study, we recruited four jumping spiders but only one was happy to jump as required."

Over the span of a week, the spider called Kim made 15 jumps. She not only made perfectly level jumps, but hopped up from the lower platform to the higher one, and also leaped down from on high. And depending on the jump Kim needed to make, the cameras revealed, her strategy adjusted.

For short jumps (about two lengths of her 1.5cm body), Kim exerted herself more than absolutely necessary, making the jumps quicker, and from a lower angle. The farther or more elevated the jumps got, the less extra energy was used, and the slower they became. Kim, like anyone who's raced down stairs, also seemed a lot more comfortable jumping from above than from below.

The short, fast jumps, the researchers believe, are what jumping spiders such as Kim use to catch their prey. But while some jumping spiders are known to jump more than six body lengths, Kim set a hard limit at platforms longer than five body lengths apart. She was certainly capable of longer ones, though, since she often overshot long jumps. According to the researchers, that suggests that Kim's relatively decent eyesight (for a spider) tends to fail around that distance.

In any case, Kim's performance still trounces any human on the block - the average human standing long jump tops out at around 1.5 body lengths.

Regal jumping spiders such as Kim might differ in other ways from their cousins. Jumping spiders often secrete a bit of silk as they prepare to jump. But while some studies have suggested that this silk mostly helps them steady themselves while jumping, that didn't seem to be the case for Kim. Instead, the silk might be a safety line in case she fails to stick the landing.

Kim's body was also analysed via a 3D CT scanner, allowing the researchers to study her legs' geometry and body structure at an unprecedented level of detail, Nawaby said. And taken as a whole, the things we can learn from Kim could provide a lot of insight into how to create similarly agile robots. Already, scientists have relied on jumping insects, such as the flea and grasshopper, to model long-distance jumping robots.

"Most of the developed robots are designed to achieve the highest possible jumps. Our study shows that attention can be directed towards creating spider-inspired jumping robots which prioritise speed and accuracy over jumping distance," Nawaby said.

Perhaps thankfully, their later experiments suggest that while we have the materials to create small-scale jumping devices that can somewhat mimic Kim, we don't still have the know-how needed to copy her ease and gracefulness just yet. But once we do, the sky could be literally the limit.

"We aim to use this improved understanding of spiders to imagine a new class of agile micro-robots that are currently unthinkable using today's engineering technologies," Nawaby said.

There's still some unanswered questions surrounding how Kim can jump the way she does. Spiders are known to use internal hydraulic pressure to extend their legs, and some scientists have speculated that jumping spiders use this pressure to propel them forward. Kim, however, seemed capable of making these jumps on her muscle power alone.

"In this study, the jumping performance of spiders was compared with that of other insects," Nawaby said. "We found that the estimated muscle power is sufficient to power the jump, suggesting that hydraulic augmentation may be present but appears not to be energetically essential."

More sensitive experiments, Nabawy and his team believe, might reveal that jumping spiders rely on both techniques, depending on the situation. 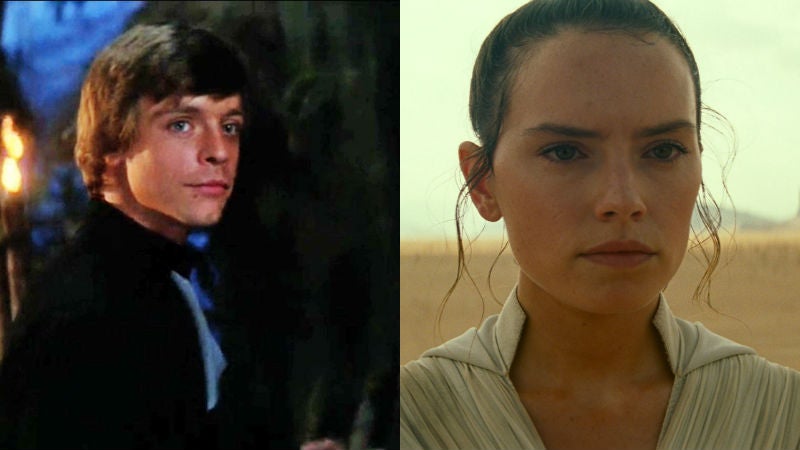 Germain Lussier 25 Jan 2020 6:20 AM
As the final chapter in a trilogy of trilogies, Star Wars: The Rise of Skywalker puts a period on what fans have long known as the main story of Star Wars. It also offers a chance to look at the galaxy moving ahead and see how its conclusion compares to the previous ones.