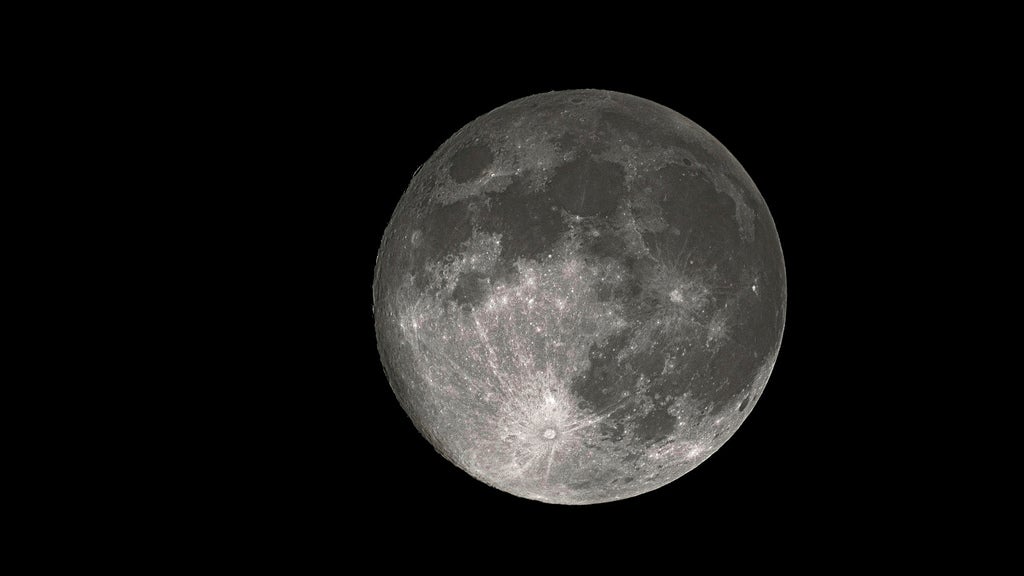 Good news, future lunar colonists! Scientists have discovered traces of moganite in a lunar meteorite that was discovered 13 years ago in Africa. This mineral requires water to form, so its discovery is being taken as potential confirmation that frozen water exists beneath the Moon’s dusty surface.

Though it floats teasingly in the sky above us almost every night, our Moon remains full of secrets. A lingering lunar mystery is whether our natural satellite contains any frozen water. This would be good to know for the sake of scientific knowledge, but also for any future plans to colonize the Moon. If we’re going to live on the lunar surface for any extended period, we’re going to need water.

Finding evidence of water on the Moon has proven difficult, however. Lunar samples brought back from the Apollo missions are dry as a bone, containing no traces of water. More recently, remote sensing spacecraft have hinted at the possibility, but there’s actually very little physical evidence to prove that frozen H2O exists beneath the Moon’s dusty surface, or regolith. When it comes to water on the moon, we’re not sure how much of it exists, or its current composition.

The irony of it all, however, is that evidence of lunar water may actually exist right here on Earth in the form of moganite trapped within lunar meteorites. As a new study published today in Science Advances points out, moganite can only form in the presence of water, so the presence of frozen H2O in the Moon’s regolith is a now a distinct possibility.

Sounds weird, but bits and pieces of our Moon lie scattered around our planet, the result of large celestial objects smashing into the lunar surface. To date, over 300 lunar meteorites have been collected on Earth. Scientists uncovered a collection of lunar meteorites in the Western Sahara during the mid aughts, some of which were purchased from nomads and merchants, and some the result of geological searches. 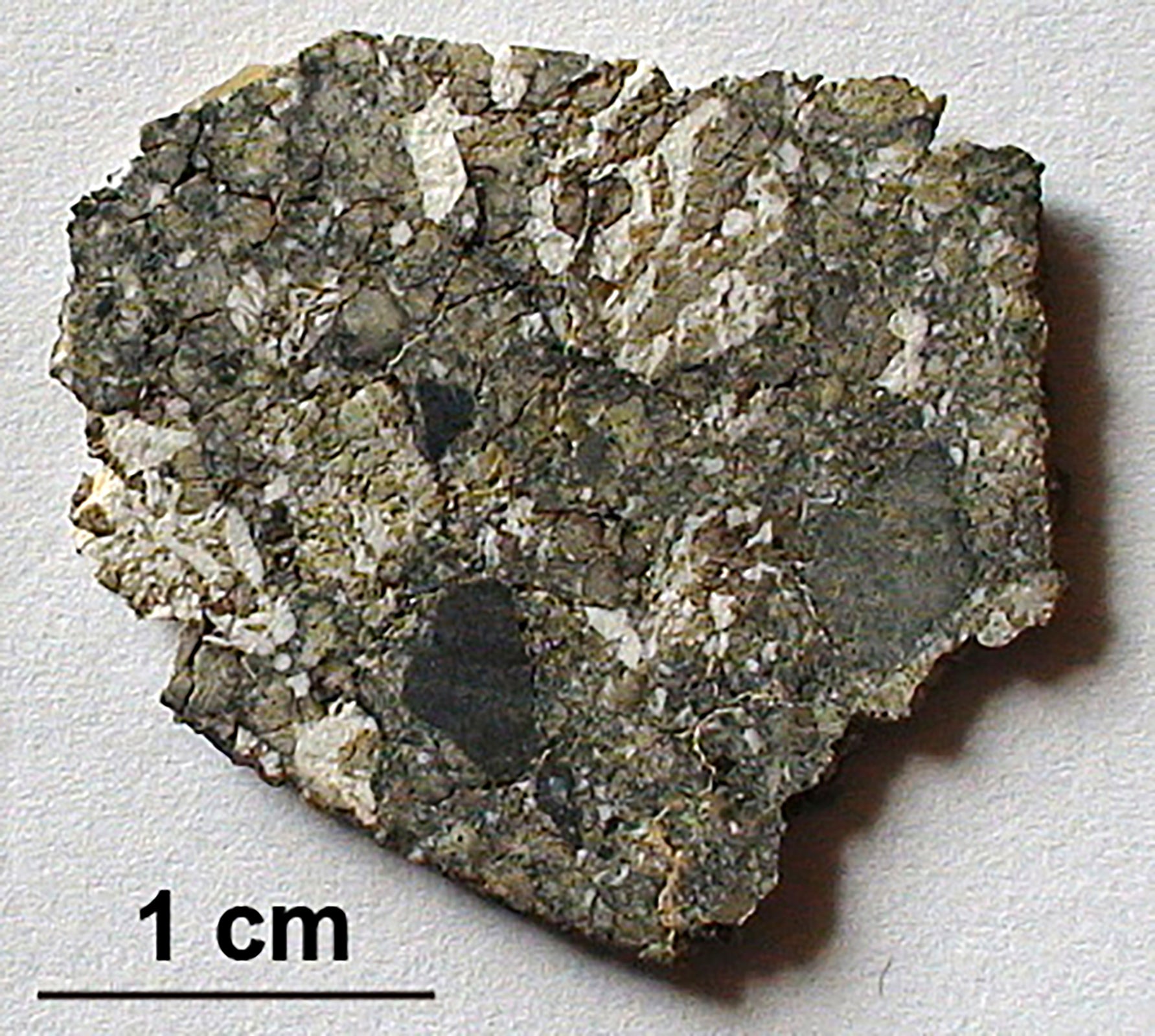 Recently, a team led by Masahiro Kayama from Tohoku University in Sendai, Japan, took a closer look at these northwest African meteorites, including a sample known as NWA2727. Unlike the other lunar meteorites sampled, NWA2727 contained a mineral known as moganite. This form of silicon dioxide was only discovered in 1976, and it exists as crystal-like structures within the cracks and fracture fillings of rocks. And importantly, it exists within rocks as a consequence of brecciation – a chemical process requiring the presence of water.

Kayama’s team suspects that water was delivered to the Moon via water-rich asteroids and comets around three billion years ago, and that, for a brief period, liquid water existed on the lunar surface. The fluid eventually seeped beneath the surface and cooled, becoming trapped within the lunar rock. At some later point, an asteroid or comet struck the Moon’s surface, hurtling the moganite-filled rocks into space. Some of those rocks then landed on Earth as meteorites.

Importantly, the researchers say the moganite did not form on the Earth’s surface as the result of terrestrial weathering, saying the conditions for brecciation were not present in the dry desert conditions. That said, Kayama’s team said more evidence for the lunar origin of moganite is still required. To that end, they’re calling for future lunar missions to bring back similar samples of lunar rock to prove that moganite was once able to form on the Moon.

“This is a clear detection of water ice for a surface sample from the Moon. That water was near enough to the surface to interact with lunar minerals tells us something about the volatile history of the Moon and by association the rest of the Solar System,” Noah Petro, a lunar geologist with NASA, told Gizmodo.

Petro, who wasn’t involved with the new study, says the discovery is a big surprise, and it demonstrates the importance of looking at existing lunar samples with fresh eyes.

“It also highlights the need to study Apollo samples with modern analytical techniques,” he added. “There are Apollo samples that have never been studied, and its high time we looked at them.” It’s important to re-examine the Apollo samples, he says, to verify that authors’ claim that moganite is not embedded within the Apollo collection. “It also shows that we have a limited understanding of the Moon based only on Apollo and Luna samples, it’s time to go get more samples from the Moon!” said Petro.

As noted, this is welcome news for aspiring colonists, but there are still many questions left unanswered. We still don’t know how much water ice might exist beneath the lunar surface, or where it might be located. What’s more, it’s not entirely clear how future colonists might extract this precious liquid, or if it would even be safe to drink. But this latest research is undeniably encouraging, and a potential sign that lunar explorers won’t go thirsty.