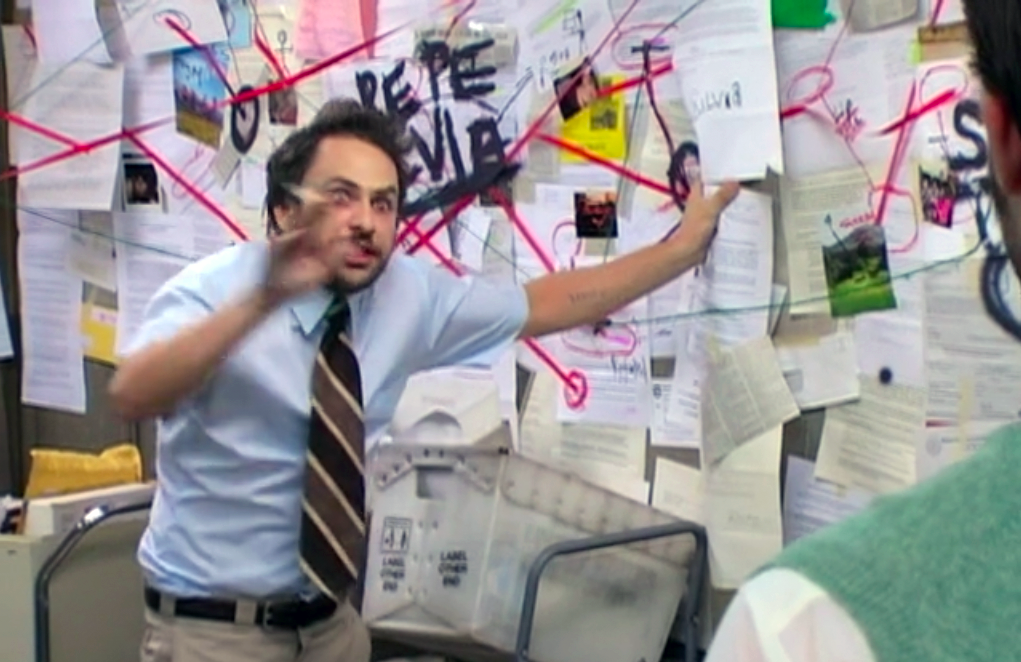 With the recent worldwide release of Avengers: Infinity War, many comic book fans spent the weekend processing the movie's grand implications on the larger Marvel universe. Perhaps the most surprising revelation of all, however, isn't being discussed in forum posts or on social media. Hidden among the movie's numerous crossover characters is one passing cameo that connects to Adam West's Batman, suggesting he's the canonical Dark Knight of the Marvel movies. I know it sounds nuts, but just hear me out. Some Infinity War and St. Elsewhere spoilers follow.

As first noticed in footage from Avengers: Infinity War that leaked last year, Arrested Development's Tobias Fünke appears briefly in the film as one of the Collector's captives, a fact confirmed with a note in the end credits spotted by more than a few eagle-eyed viewers. To many, this was just a fun Easter egg from the Russo brothers, who directed both Infinity War and the pilot of Arrested Development, but serious students of television crossover events know that this has much grander implications.

Arrested Development easter egg in the leaked Avengers: Infinity War clip. A reference to Tobias Fünke after he auditioned for the Blue Man Group. pic.twitter.com/lyVi3NJ9Oh

By connecting Infinity War to Arrested Development, the Tobias cameo puts the Marvel Cinematic Universe in the same fictional world as television's own Zelig, Detective John Munch (actor Richard Belzer). After first appearing on NBC's Homicide: Life on the Street in 1993, the famously well-travelled detective has shown up on nine other TV series, including Arrested Development's season three episode "Exit Strategy."

From Munch, a long chain of character crossovers and mentions can be established, ultimately connecting Marvel's movies to everything from Family Guy (Munch was on The X-Files, Mulder and Scully were on The Simpsons, the Simpsons family was on Family Guy) to Walker, Texas Ranger (Homicide to St. Elsewhere to Chicago Hope to Early Edition to Martial Law to Walker). Perhaps the most intriguing connection, however, is the long path that winds from Infinity War all the way to the 1966 Batman series starring Adam West. 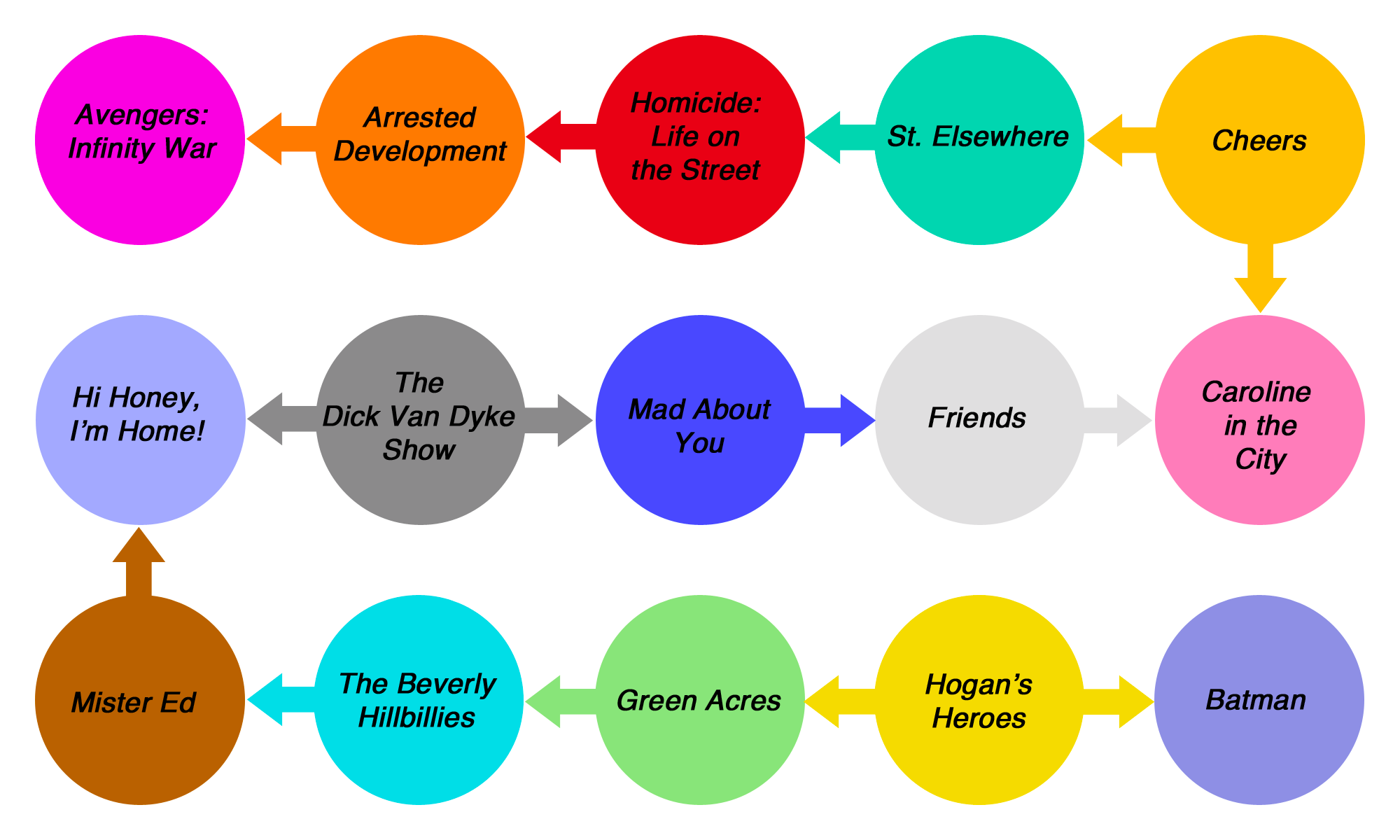 To map this path, I am heavily indebted to two projects: Thom Holbrook's Crossovers Spinoff Master Page, the product of more than a decade of carefully cataloging character cameos; and the Tommy Westphall universe hypothesis, a fan theory which attempts to use TV crossovers to prove that many series exist only in the mind of St. Elsewhere's Tommy Westphall.

Admittedly, some links in the chain are stronger than others. Two of the connecting "cameos," for instance, constitute mere mentions without the featured characters appearing on-screen. But more sweeping problems crop up as well. Holbrook has challenged all alleged crossovers from Hi Honey, I'm Home!, citing the show's premise that all TV characters live in a separate universe distinct from the one on-air. And if the entirety of St. Elsewhere's run was merely imagined by Tommy Westphall (as the show's finale suggests), it could as easily invalidate all of the series' crossovers as bring these other shows under the same umbrella.

Perhaps most importantly, however, the Tobias Fünke appearance which connects all of these TV shows to the Marvel universe is revealed in Infinity War to be part of an illusion created by Thanos using the Reality Stone. It seems plausible that Thanos was using the stone solely to return the Collector's museum to its original, pre-trashed state, but maybe the guy is just a big fan of the never-nude lifestyle.

However silly you may find this theory, it can't be denied that a link exists. And maybe, just maybe, the Marvel universe has a version of Batman that prefers go-go dancing to growling and moping.