Ebola’s Back Again, But Why Don’t We Have A Cure For It Yet? 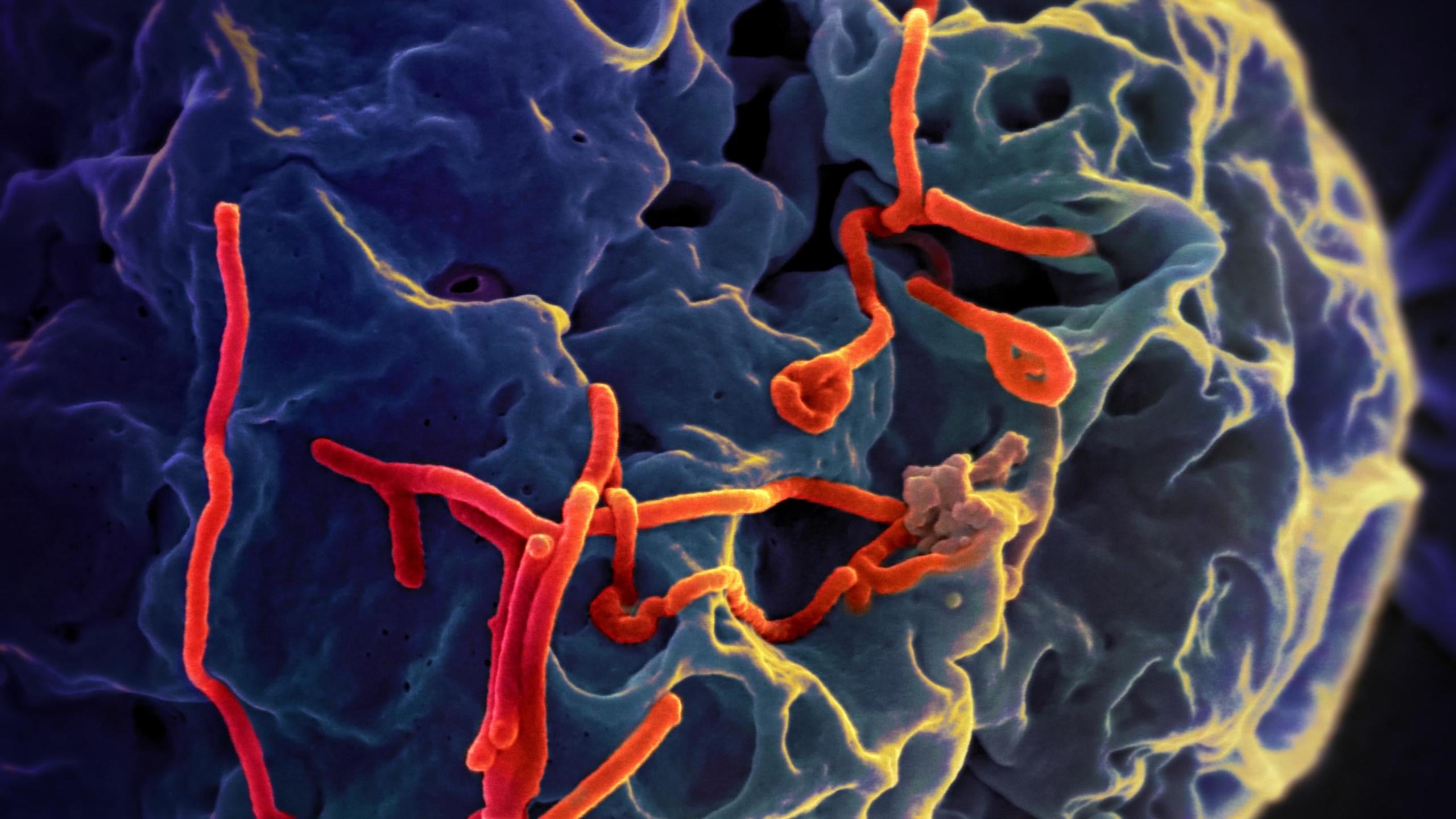 Ebola has once again resurfaced. Today, the World Health Organisation reported that there have been at least 34 suspected cases of the viral disease and 18 deaths since early April in the Bikoro District of the Democratic Republic of the Congo (DRC). But Ebola’s resurgence, hardly unexpected, can’t help but bring a question to mind: Why haven’t we found a surefire way to cure or prevent it yet?


Ebola, in red. Health agencies and drug companies haven’t treated the deadly disease as a priority, but that’s starting to change. Illustration: National Institute of Allergy and Infectious Diseases (NIH)

The short answer is that, for the majority of Ebola’s known existence, governments and pharmaceutical companies didn’t allocate the sort of resources needed to find and develop treatments, both for practical and economical reasons. But following the major outbreak of Ebola in 2014, that trend is changing.

Sufferers of Ebola initially develop a flu-like illness. Oftentimes, though, the virus tears through the immune system with ease, causing it to spiral out of control and attack the body in a desperate bid to kill the virus. Ebola also infects the cells that line our blood vessels and organs, hampering their ability to properly clot, which helps trigger the telltale widespread haemorrhaging.

The first known outbreak of Ebola occurred in the DRC, then called Zaire, in 1976. It was there that the disease, named after a nearby river, became synonymous with death. It killed 280 of the 318 people known to have been infected.

But while Ebola (and its cousin the Marburg virus) justifiably earned a frightening reputation over the next few decades, it never became the worst-case scenario some journalists and Hollywood screenwriters pumped it up to be – a pandemic killer that jumps from person to person with ease. And that sputtering out made the prospect of finding a cure or vaccine much less of a priority.

Humans, for one, aren’t the main host of Ebola, though it’s still a bit of mystery as to what is (the smart money right now is on fruit bats). Whichever animal is the primary host, they only seem to live in select parts of West Africa and don’t come into contact with people enough to constantly transmit the disease, unlike, say, mosquitoes.

Even once it infects people, Ebola’s potential to spread pales in comparison to the flu or even a typical stomach bug. Person-to-person transmission requires close, prolonged contact with contaminated bodily fluids such as blood and semen.

Because of these factors, Ebola didn’t sicken that many people for the longest time. Prior to the outbreak of 2014, it’s estimated that there were under 2500 reported cases of Ebola worldwide. For context, malaria killed almost a half million people in 2016 alone.

In some cases, the lethality of a particular Ebola strain kept outbreaks from having enough time to spread far (there are five known types of the virus, one of which doesn’t sicken humans, and their fatality rates range from 25 per cent to 90 per cent).

Public health organisations such as the US Centres for Disease Control and Prevention and the WHO did devote time to studying viruses such as Ebola, of course, especially given the potential for them to be weaponised as a bioterrorism threat. And researchers, often government-funded, did try to develop experimental treatments and vaccines, though these either failed or very slowly progressed.

But pharmaceutical companies and even affected governments didn’t think it was worth putting too much money toward finding a way to combat something that was seen as more of a morbid curiosity than an urgent public health threat.

A 2016 study, for instance, found that from 1997 to 2013, a total of about $US600 million (in 2015 dollars) was spent across the US and the Europe on Ebola and Marburg research, primarily by government and nonprofit sources. That might sound like a lot, but the US spent over $US500 billion on public and private R&D in 2015 alone.

There’s some justification for this research lag. From 1979 to 1994, for example, there were exactly zero cases of Ebola reported at all. But there’s also the fact that outbreaks tended to happen among people living in isolated and impoverished areas of Africa, making it even less of an interest for profit-minded pharma companies.

Of course, things changed in 2014, when the largest outbreak of Ebola yet scorched through West Africa and even reached Dallas and New York City. By the time the outbreak was declared over in 2016, there were nearly 30,000 suspected cases of Ebola and 11,000 deaths.

That outbreak set off a wave of outsized panic in the US, as well as discrimination against people perceived to be African. As illogical as that reaction was, given the minuscule threat posed by Ebola in America, it did lead to an outpouring of resources into Ebola research across the US and elsewhere, particularly in trying to create a vaccine.

The experimental vaccine rVSV-ZEBOV was originally developed by publicly funded Canadian researchers starting in 2003. But by the time the 2014 outbreak began spreading widely, it was in the hands of biopharmaceutical company NewLink Genetics Corporation. It then sold the rights to Merck later that year. And in 2015, Merck, working together with the WHO and other public health organisations, tested rVSV-ZEBOV in over 5000 people living in Guinea, where cases of the disease were still popping up.

By the end of 2016, researchers reported that the vaccine had seemingly been a success. No one who took the vaccine became sick 10 days or more after they got the shot, compared to 23 people who went unvaccinated and became ill.

There has been debate about whether the vaccine is 100 per cent effective, given earlier studies that found a lower effectiveness, but a study published in the Lancet this April suggested that the vaccine provides at least two years of protection against infection.

The rVSV-ZEBOV vaccine is still experimental and only protects against the Ebola Zaire virus, though that is the most common type of Ebola in humans and was responsible for the 2014 outbreak. Health officials have already deployed the vaccine in smaller-scale outbreaks, and they’re similarly planning to use it in the current outbreak.

There are also potential antiviral treatments for Ebola in development, though it may take a long time for any to become widely available even if they work, since the typically low number of cases in an outbreak makes clinical research difficult to perform.

Other pharmaceutical companies are testing out their vaccines in early clinical trials, while researchers elsewhere are trying to find a way to create a vaccine that can protect against multiple, if not all, types of Ebola.

And from 2014 to 2015, upwards of $US400 million in Ebola and Marburg research funding was spent throughout the US and Europe.

As great as a foolproof treatment for Ebola would be, it’s only part of what’s needed to keep the virus from causing harm. Just as important is a well-funded health care infrastructure that can identify cases quickly, prevent further transmission, and provide something as simple as treatment beds for the sick.