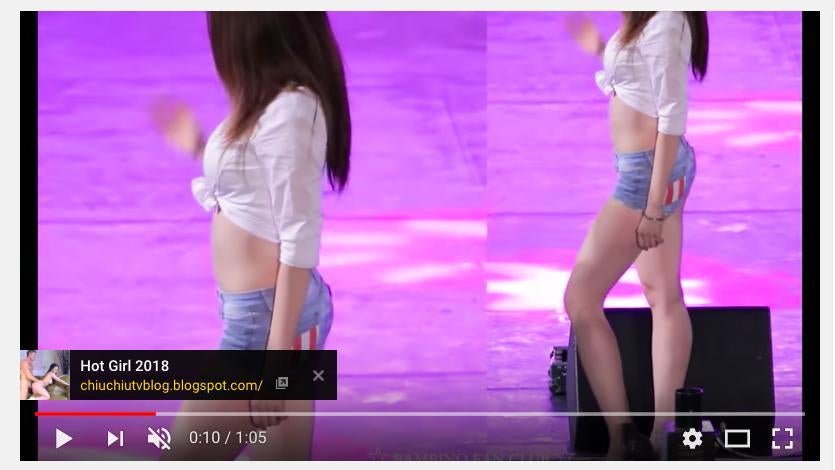 So I'm watching @pewdiepie on @YouTube because I'm trash and I click on the next video and I'm greeted with an ad of a dancing chick titled "Hot Girl 2018" and this thumbnail. So you're demonetizing actual content and promoting this then @TeamYouTube? Cool. pic.twitter.com/4CVt2qfGzi

According to Motherboard, the ad in question has been running since at least December, with reports of it appearing on videos uploaded to gaming channels PewDiePie and Markiplier as well as sports entertainment channel Dude Perfect. While Motherboard was able to track down the video to a channel named “1.347.852 views” that consisted solely of multiple uploads of the woman dancing, that channel has apparently been removed following the publication of their report.

It could easily be worse. In February, The Outline reported that Reddit – which runs a much smaller ad business – appeared to have a totally broken system for ensuring adult ads were restricted to NSFW subreddits, with ads for pornographic websites appearing on the front page. Or the ad could have appeared someplace very bad, such as YouTube Kids, which has struggled to keep things such as David Icke conspiracy theories about reptilians out of its content network.

In any case, one would think anyone clicking a link titled “Hot Girl 2018” should know exactly what they’re gonna get.