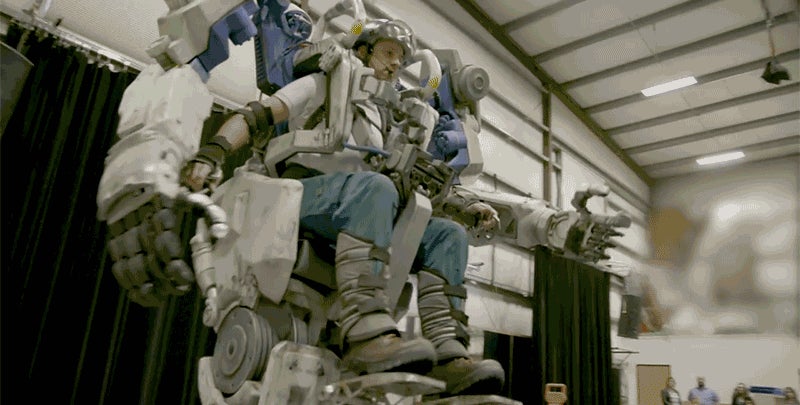 Sure, Avatar made $US2.78 billion ($3.6 billion) during its box office run almost a decade ago, but did anyone really walk out of the theatre wanting to visit James Cameron's Pandora? We still can't figure out why "The World of Avatar" was built at Walt Disney World, but now that the park has these towering mechs walking around, it might finally be worth visiting.

As the Disney Parks Blog explains, these Pandora Utility Suits are designed to explore and study the planet Pandora, but to also provide some narrative to park visitors as to what they're experiencing, or to simply help direct them back to the Pirates of the Caribbean ride.

Designed and built by Disney Parks Live Entertainment, Michael Curry Studios and the Walt Disney Imagineering team, using designs created by James Cameron's Lightstorm Entertainment, the brief teaser doesn't go into the details of how these towering mechs actually work, but if you look closely, there's some clever puppetry going on.

The legs of the seated pilots are completely fake. Their real legs are hidden inside the vehicle's faux mechanical legs, each serving as stilts that allow the performer to walk around in the suit. The mech's arms, which mimic the motions of the pilot's own arms, are controlled by a pair of joystick mechanisms that also operate the large mechanical hands and fingers.

It's more of an elaborate costume than a genuine robotic mech, but the illusion is wonderfully convincing and certainly worth seeing in person. Now let's just hope that Disney also sells these in the gift shop.