The First Reactions To Avengers: Infinity War Are Here And Just About Everybody Has Been Blown Away 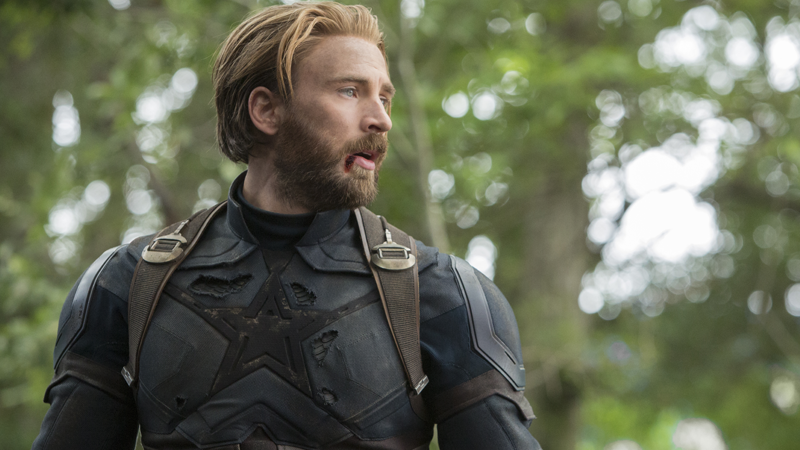 Last night, the press got to see Avengers: Infinity War, the culmination of a decades worth of Marvel movies that unites all your favourite heroes (and also Hawkeye) in one big mishmash of epic proportions. Although reviews aren’t available yet, critics have taken to social media to laud the movie – especially all the surprises it holds.

Stay tuned for our full review of Infinity War, but for now, to whet your appetite, here’s a flavour of some of the reactions out of last night’s premiere, starting with our very own Germain Lussier and Jill Pantozzi:

Emotionally, narratively, visually, Avengers: Infinity War a very impressive piece of entertainment and storytelling. Somehow, it left me exhausted and excited at the same time. pic.twitter.com/YPICbbNNyQ

Buy a ticket for a second viewing of #AvengersInfinityWar now. The movie delivers, it's huge, and no one in your theater is going to be able to sit quietly through this one. Expect the unexpected. pic.twitter.com/8eobaAYrSF

I saw #AvengersInfinityWar earlier tonight and I can say that it delivers. There's a lot of really fun character interactions, some cool action moments (Thor's powers, Iron Man's suit), and a few powerful emotional beats. Most of the humor is ???????? Also Captain America is ???? pic.twitter.com/WoZNPDpGXk

AVENGERS: INFINITY WAR is very weighty and juggles most of its characters with consideration. It’s the closest thing to a Paul Thomas Anderson movie you’ll find in the Marvel Cinematic Universe. I Am Shook! #Marvel #AvengersInfinityWar pic.twitter.com/YgntkXFIkv

Does it have issues? Sure, it’s a punch fest, yeah, but I thoroughly enjoyed it, especially the dynamics of all these disparate teamups. Let’s see a Thor and Rocket Racoon buddy comedy spin-off. pic.twitter.com/jfjNxTWZYj

After 10 years of investment in this series & these characters, boy does #AvengersInfinityWar knock you on your ass. Humor, sky high stakes & a truly overwhelming amount of emotion in it. Russos did a great job spreading screen time for the ensemble but my MVPs – The Guardians.

AVENGERS: INFINITY WAR has like ten legit "chill down the spine" great moments. But it's for sure the first half of a two part movie and I left a little unsatisfied/frustrated, maybe by design … at least that's how I feel right now three hours later.

But personally, if I'd seen #InfinityWar for the first time at a normal screening in a normal theater, I would have walked out afterward, bought another ticket, and walked right back in for a second viewing. That's how much I was into it.

INFINITY WAR is exhausting. *Exhausting.* It all just turned into noise for me after a while. But the amazing ending almost made up for the rest of it. And Thanos is a good, sad villain.

#AvengersInfinityWar: Despite some truly thrilling moments, feels like less than the sum of its parts. A definite step down after that epic run of GotGV2 / Spidey / Thor 3 / Black Panther, but what else did I expect?

Social media embargo has lifted on #avengersinfinitywar: I found it epic, satisfying, SURPRISING w/ LOT of crowd pleasing moments. Thanos is compelling, sympathetic. Henchpeople pose true threat. This is a culmination of decade of adventures. MVP is Thor. Unleash your Qs…

Jaw on ground. You are not ready for 'Avengers: Infinity War'. All you have to know is AVOID ALL SPOILERS! Seriously. Go in knowing as little as possible. The @Russo_Brothers did the impossible. Wow. pic.twitter.com/noKZ5cQWdc

But perhaps one Twitter user put it best – famously noted movie critic Brie Larson, who also moonlights as the star of Captain Marvel:

Turns out this movie might be pretty good, who could have guessed? Avengers: Infinity War is out today.