Startups In China Are Hiring Women As 'Programmer Motivators,' And It's Just As Sexist As It Sounds 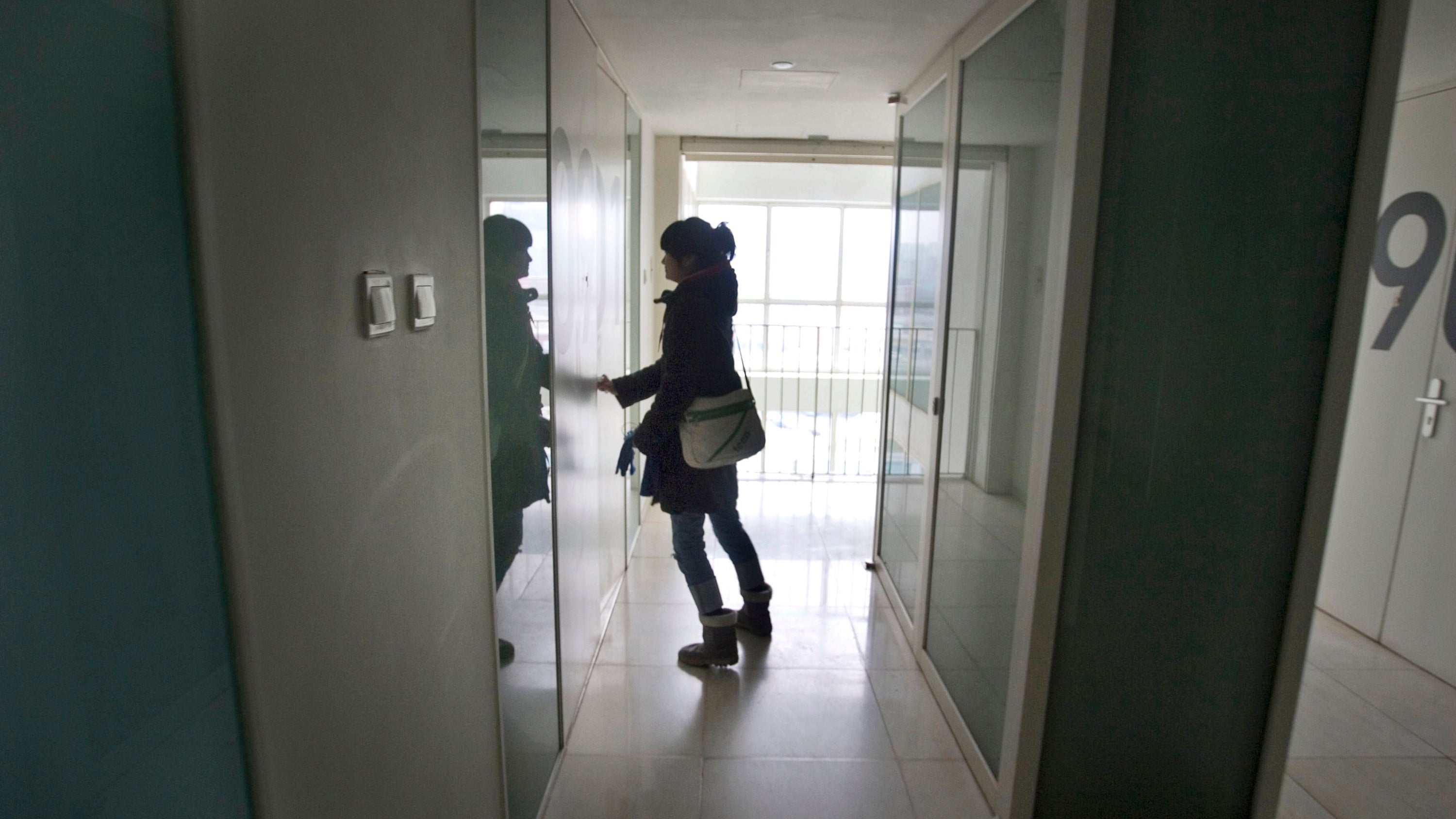 Shen Yue works as a "programmer motivator" at a consumer finance company in China. As the name suggests, her job is to inspirit programmers at her company, which involves chatting them up, coordinating social activities, and even giving them massages, according to a recent report from the New York Times.

Ms Shen is 25-years-old with a degree in civil engineering, but her role at Chainfin.com is about keeping morale up as well as looking good at the front desk. "They really need someone to talk to them from time to time and to organise activities for them to ease some of the pressure," she told the Times.

Zhang Jing, the HR exec who hired Ms. Shen, reportedly said that a "programmer motivator" has to have certain physical attributes, noting that applicants must have "five facial features that must definitely be in their proper order," know how to put on makeup, and be more than 5 foot 2inches tall. Ms Zhang also said that applicants should have a gentle speaking voice and, as the Times put it, a "contagious laugh."

The Times reported that on a recent workday, Ms Shen walked up to a male programmer, who complained about a sore wrist after long hours, on a foldout bed in the workplace. "The company's intention is for me to give you a massage, though my technique might not be great," Ms Shen told the employee before they laughed and she gave him a shoulder massage.

It remains to be seen how widespread programmer motivators are in China, but the Times noted that a job search site run by Chinese tech company Baidu showed seven companies with job ads for such a position. What is pervasive in China, however, are openly sexist and discriminatory job postings. A new 99-page Human Rights Watch report published this week revealed that 19 per cent of China's 2018 national service job list ads stated that they were "men only," "men preferred," or "suitable for men."

The report also included examples of major tech companies flaunting the physical attributes of female employees to entice male candidates. A 2016 job posting on Baidu's recruitment WeChat account, for instance, described its "pretty front desk girls" and "strong security men," Human Rights Watch found. Meanwhile, Alibaba recently posted job ads bragging about its "beautiful girls" and "goddesses" at the company, and also posted a series of photos of young female employees on its recruitment social media account as a way to point out its "late night benefits." Tencent included an article with a quote from a male employee on its recruitment WeChat account that stated that the reason he joined the company "originated from a primal impulse. It was mainly because the ladies at human resources and that interviewed me were very pretty."

This also isn't the first report of women hired in China with the sole purpose of cheering up programmers. In 2015, Trending in China reported on "programming cheerleaders." The publication characterised them as "pretty, talented girls that help create a fun work environment. Their job includes buying programmers breakfast, chitchatting and playing ping-pong with them."

A 31-year-old Chainfin employee, Feng Zhiyi, told the Times that "he was envious" after seeing photos of female programmer motivators online - they were fanning their male colleagues. "And now we have one, too," he said.

It's important to note that Ms Shen reportedly doesn't see her position as degrading towards women. "Many feminist ideas are too extreme now," she told the Times. "I think women should be independent, self-reliant and have self-respect. And that's enough."

There's nothing inherently wrong with someone tasked with improving company morale. But if the job openly discriminates against women that look or sound a certain way, and is also viewed as a "women's job," and includes giving massages, it's hard not to see it as anything short of profoundly demeaning.