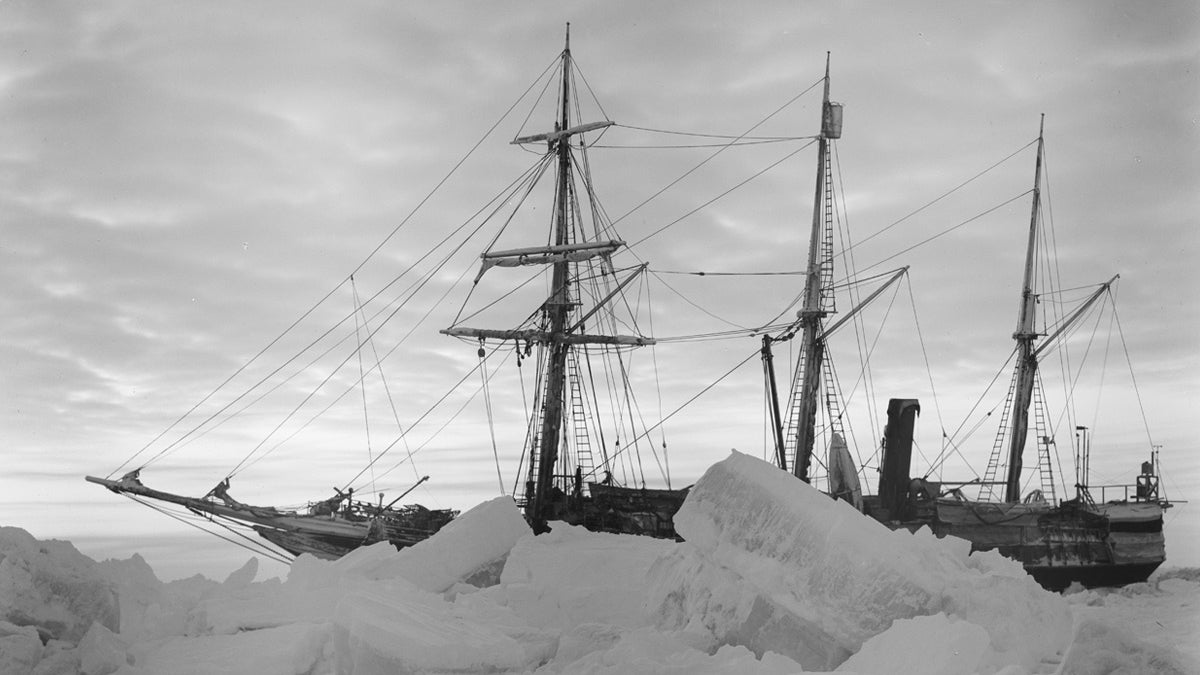 Early next year, an international team of explorers will investigate the area in-and-around the massive iceberg that split away from Antarctica's Larsen C ice shelf in July 2017. As an added bonus, the researchers will also attempt to locate the wreck of the Endurance, which sunk in 1915 as part of the ill-fated Shackleton expedition.

Led by the University of Cambridge's Scott Polar Research Institute (SPRI), and funded by the Flotilla Foundation - a Netherlands-based charitable trust - the Antarctic Weddell Sea Expedition is scheduled to take place from January to February 2019, as reported by the BBC. Using the icebreaking polar supply and research vessel SA Agulhas II, the 45-day mission will truly be an international effort, involving researchers from the UK, the US, New Zealand and South Africa. 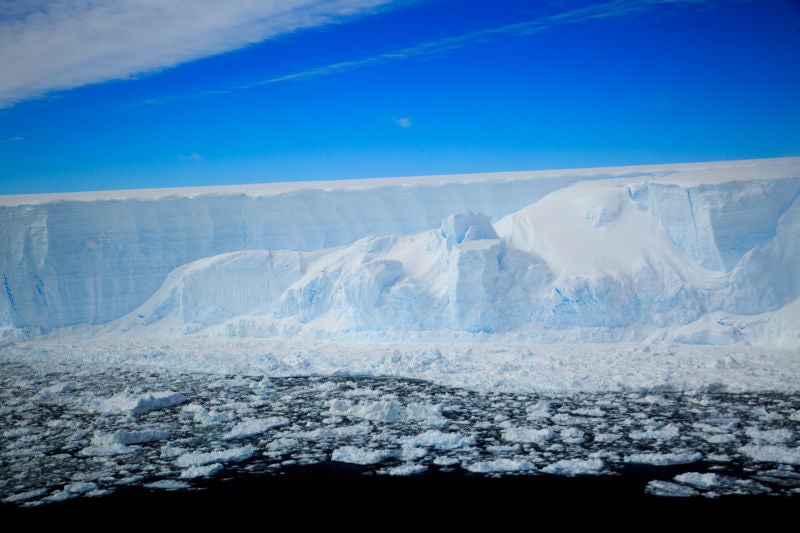 A view of the Larsen C Iceberg. Photo: BAS

The primary goal of the mission will be to explore Iceberg A-68, which calved from Antarctica's Larsen C Ice Shelf on 12 July 2017. The astoundingly huge berg features a surface area of 5800 square km, which is about the size of Delaware or about four times the size of London.

It just so happens, however, that the wreck of the Endurance - a historic three-mast ship that went down on 21 November 1915 - is located nearby, some 185 to 280km from the location of Iceberg A-68. Pending favourable weather and ocean conditions, the researchers will use the opportunity to search for the ill-fated ship, which rests at a depth of around 3km. 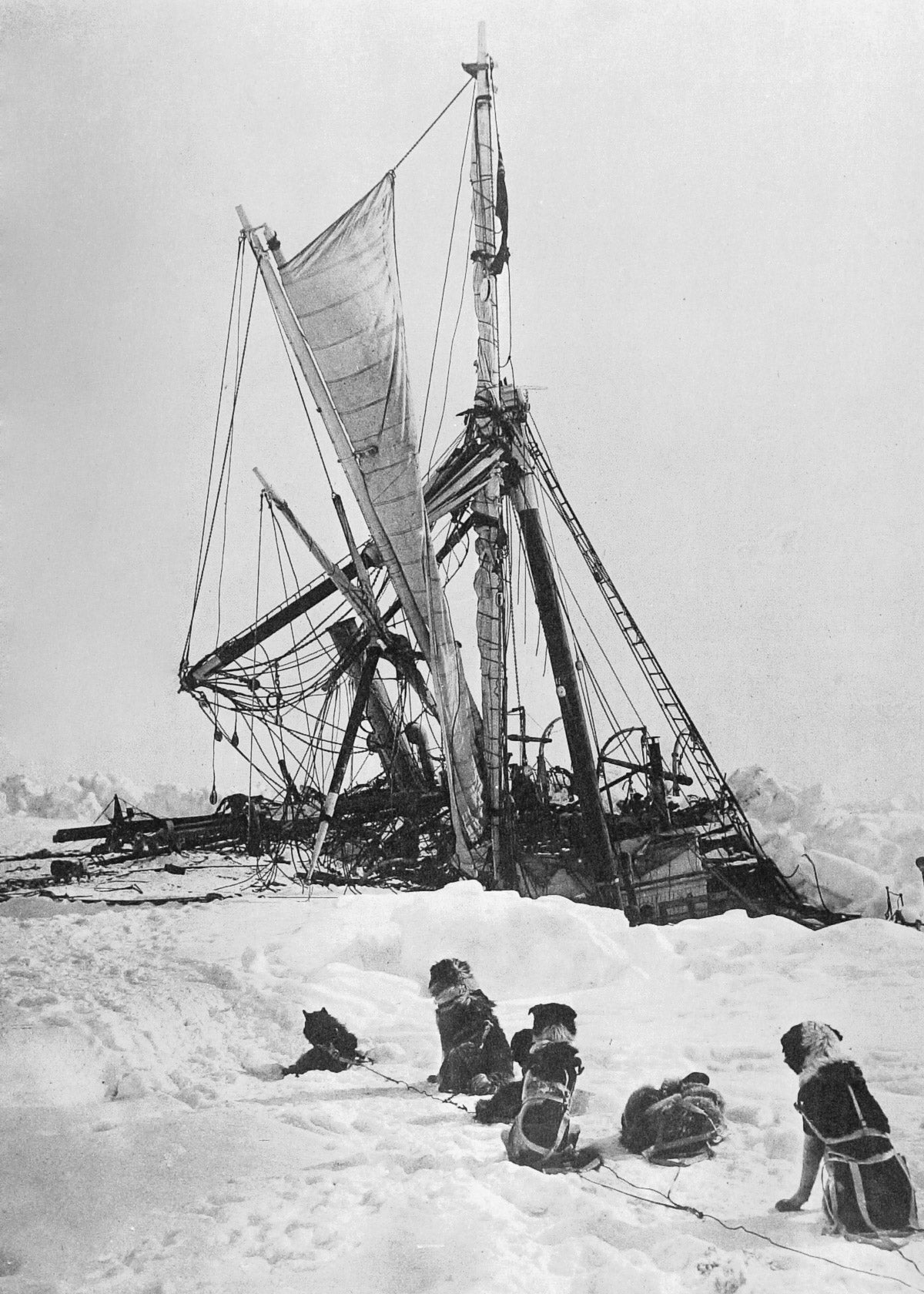 One of the last photos taken of the Endurance. If the ship is found, it will likely be in a shattered condition. Photo: Royal Geographic Society/Public Domain

After drifting in the Weddell Sea ice for months, the Endurance was eventually crushed by encroaching ice. The ship had to be abandoned, with the crew of 28 escaping aboard three lifeboats. The survivors spent the next five months on Antarctica's ice floes, eventually reaching Elephant Island. Expedition leader Ernest Shackleton, along with five others, set off for South Georgia Island - located 1500km away - while the remaining crew waited. It wouldn't be until August 1916 that everyone was rescued.

Next year, the Weddell Sea Expedition will travel to the last known position of the ship and conduct a search using Remotely Operated Vehicles (ROVs) provided by US company Ocean Infinity. "They are fitted with downward-looking multi-beam echosounders, which can map out on a grid the shape of the seafloor," Julian Dowdeswell, who will lead the team, told the BBC. "You look at that for any signs of the ship and then focus in with cameras if you find something interesting."

The researchers will also have the diary of Captain Frank Worsley at their disposal, who kept meticulous records of the Endurance's position. The ship's final coordinates were listed at 68°39'30.0" South and 52°26'30.0" West. Despite this knowledge, however, three prior attempts to find the ship have failed. Should the ship be located, it will be listed as a historic monument and protected by international law.

"If the expedition finds the wreck we will survey, photograph, and film it and document its condition," Dowdeswell told The Telegraph. "If there are deep-water marine species colonizing the wreck, the marine biologists may try to obtain scientific samples using the [ROVs], if that can be deployed above the site from the ship," adding "we will not remove any items from the wreck."

At the Larsen C Ice Shelf, the ROVs will explore the cavity under the newly exposed shelf, map the seafloor, and investigate the overhanging ice canopy. Researchers on board the ship will extract samples of ice from the shelf, which they can read like tree rings to see the ebbs and flows of the ice over time.

But it won't be easy. Earlier this year, a mission to the Larsen C Ice Shelf had to be cancelled owing to treacherous conditions. It's been over a century since the Endurance sunk, but Antarctica is still a very dangerous place.